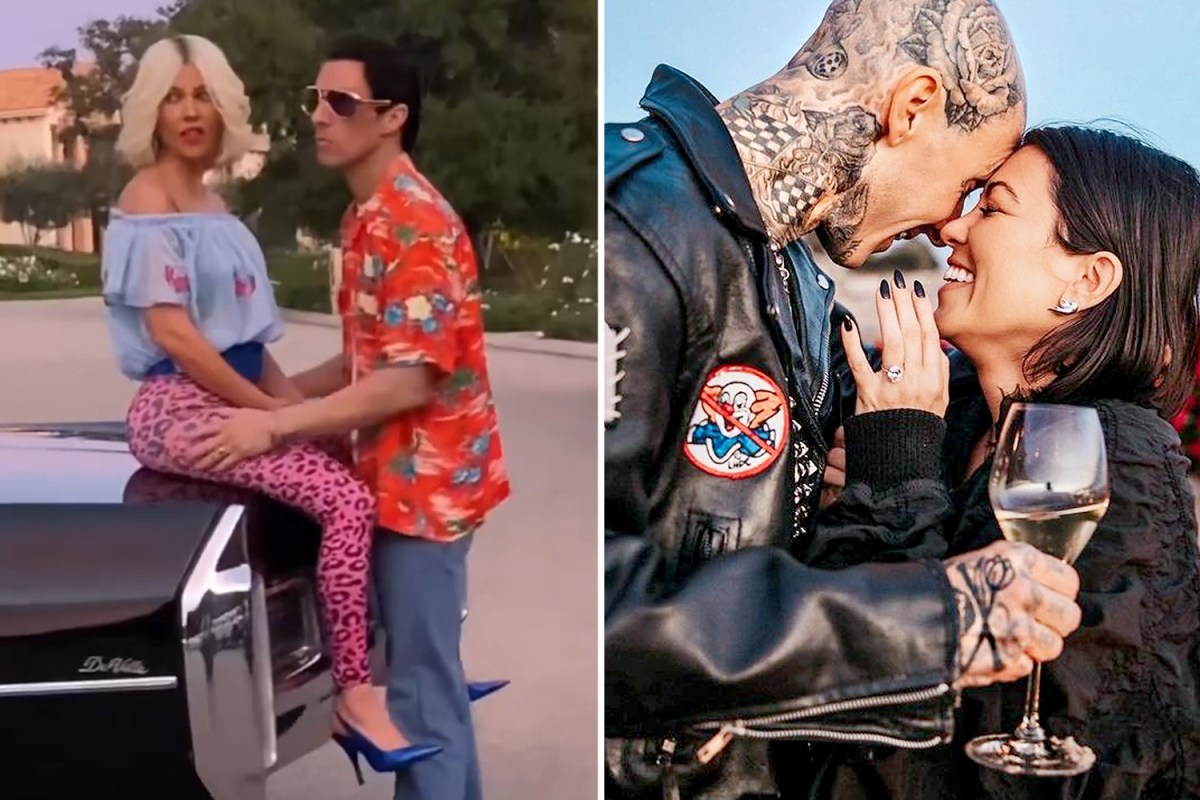 KOURTNEY Kardashian and her fiance Travis Barker transformed into the characters of Alabama & Clarence, from the rocker’s all-time favorite movie, True Romance.

Kourtney, 42, shared behind-the-scenes snaps and vids from her latest photoshoot with Travis, 45, on Instagram.

The engaged couple was dressed up like Christian Slater and Patricia Arquette’s characters in the action-packed movie, True Romance.

Clarence and Alabama were star-crossed lovers on the run from the mob after stealing a suitcase of cocaine.

In the first snap, the reality star couple was dressed up for their parts in a mockup of the poster.

In the second snap, Kourtney and Travis had their legs wrapped around their waists.

In the Instagram story, Kourtney shared a short clip of herself as she sat on top of the trunk of the convertible.

During the clip, Travis had his hands on her high heels as he planted his lips on her foot.

The reality star added more snaps of the two as they were about to make out inside the convertible.

True Romance has had a major influence on Travis because he named his 15-year-old daughter after Patricia’s character.

Travis is a father to Alabama and Landon, 17, with his ex-wife Shanna Moakler, 46.

The Blink-182 drummer recently proposed to Kourtney on the beach while they were surrounded by thousands of roses and candles.

The two then held a post-engagement party with their families, where Alabama and Landon were also in attendance.

Recently, Kourtney and Travis appeared to be on a double date with comedian Pete Davidson, 27, and her sister, Km Kardashian, 40.

The group was spotted together in a TikTok video as they were enjoying the rides on Knotts Scary Farm.

Kim and Pete were also spotted holding hands during a rollercoaster ride, according to People.

A source told the site that the trip to Knott’s Scary Farm was “just friends hanging out.”

The insider added: “They hang in the same circles so they will be together from time to time.”

Reps for Kim and Pete have not responded to the publication’s request for comment.