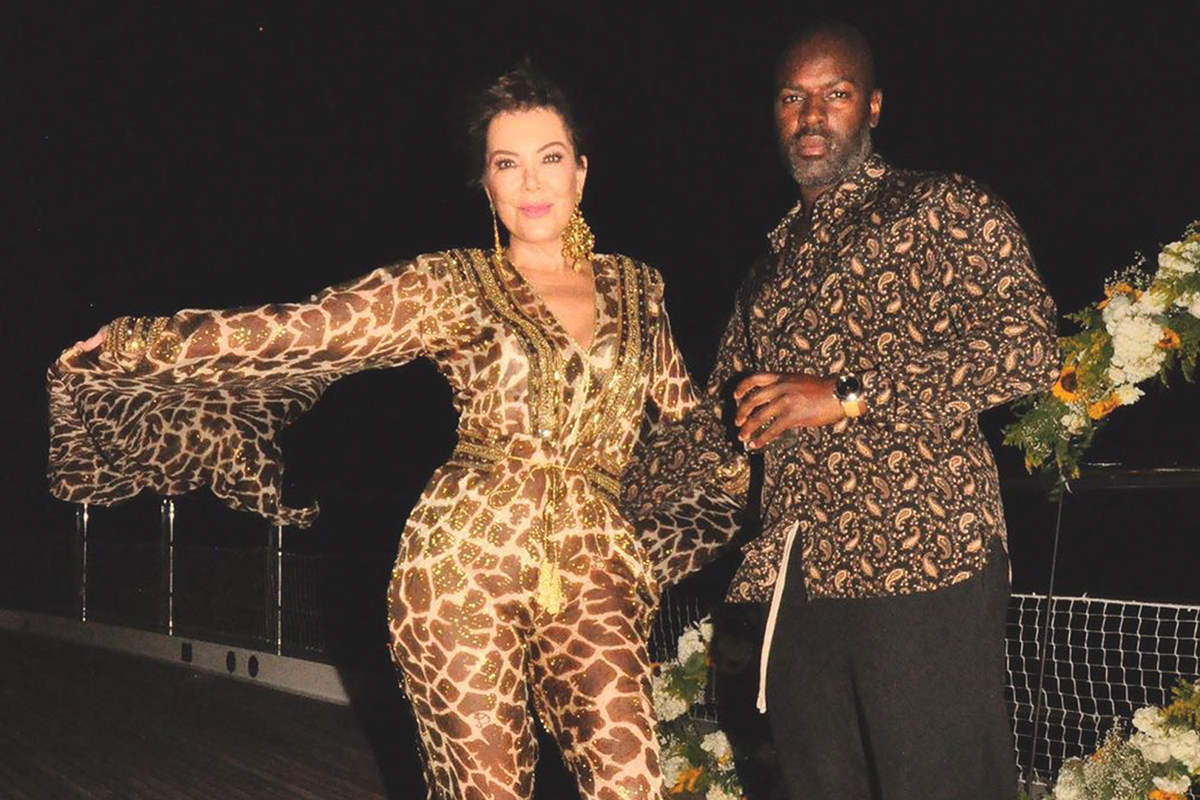 KRIS Jenner was bashed by fans for being “insensitive” towards victims of the Astroworld tragedy as she gushed over her boyfriend Corey Gamble in a birthday post.

Fans have been calling out the Kardashian-Jenner clan for being “disconnected from reality” following the horrific incident at Astroworld over the weekend.

Kris took to social media to give a shoutout to her longtime beau, Corey for his 41st birthday.

The momager shared a series of photos of the couple on Instagram in honor of the special day.

She captioned the post: “Happy birthday to my love @coreygamble !! You are the most amazing partner, best friend, confidant, travel aficionado, therapist, problem solver, golf buddy, protector, advisor, and the best, most wonderful man to my kids and my grandkids!!! You are such a special part of my heart and soul and I love you so very much babe… thank you for all you are in my life!! I am truly blessed”

Critics flooded the comments section to slam the reality star for failing to address the Astroworld festival tragedy, while continuing to post personal pics.

One user responded to the tribute writing: “How about you adressering the astroworld tragedy instead of avoiding it like it didn’t happen #canceltravisscott”

While a second echoed the statement replying: “So insensitive to post this when so many people died at the concert”

A third chimed in: “They are so disillusional they don’t care unless it their own family. keep posting as if nothing happened ppl are suffering still.”

The TV personality was called out earlier this week for posting a slew of pics of flower bouquets that she received for her 66th birthday.

The Keeping Up With The Kardashians alum thanked the Four Seasons Flowers for their gift.

She also shared the basket of white blossoms that was sent to her by Dolce & Gabbana.

The TV star captioned the post: “Love you so much!”

She also received a basket with red blooms from Vanessa Bryant, the wife of the late Kobe Bryant, with a small note.

The note read: “Sending you hugs and kisses on your special day!”

Previously, Travis Barker, 45, who is engaged to be married to Kris’ daughter Kourtney, 42, had sent her a bouquet of roses.

He wrote: “Love you and hope you have the best day!”

Kris responded in the Story: “Travis, love you! Thank you for my beautiful birthday flowers!”

Kris isn’t the only Kardashian that has been getting the wrath from fans over their handling of the Astroworld concert.

Eight people died during Friday’s catastrophic event and hundreds were injured while Kylie Jenner’s boyfriend, Travis Scott was on stage.

Travis posted a statement to social media following the tragedy which read: “I am absolutely devastated by what took place last night.

Kylie Jenner, who is currently pregnant with the couple’s second child, took to her Instagram Stories and claimed she did not know people had died at the concert until after the show.

She released a statement and wrote: “Travis and I are broken and devastated.

“My thoughts and prayers are with all who lost their lives, were injured or affected in anyway by yesterday’s events.

“I want to make it clear we weren’t aware of any fatalities until the news came out after the show and in no world would have continued filming or performing.”

Meanwhile, Kourtney, 42, angered fans with her apparent lack of awareness after she shared a provocative ad about her company, Poosh, which showed her in lingerie with black gloves and holding a drink.

One Reddit user wrote: “God, maybe take a break from posting your vapid crap for a day, Kourtney? You know, in light of what your family is connected to?

“Edit: she’s not responsible duh but this is tone-deaf as f**k.”

Another user chimed in: “Yes, this is disgusting of her,” while a critic added: “Does anyone expect anything more from Kourtney?”

Khloe, 37, also received heat when she posed for a snap – which was taken during the night of the concert – alongside Kourtney’s ex Scott Disick.

While wearing a black high-neck top, Khloe pouted at the camera while Scott had his arm around her.

Khloe’s fans were disappointed with the “insincere” caption, which stated: “About last night.”

One shocked follower wrote: “The caption she put was literally the most insincere s*** ever. Sorry, you had the time of your life while people were dying at your sister’s baby daddy’s concert.”

Another added: “The extent of the vanity never ceases to surprise me.”

A third person ranted: “Khloe’s head was literally like no thoughts only good pic.”

See pregnant Kylie Jenner and daughter Stormi, 3, being rushed out of Astroworld by bodyguards before 8 declared dead