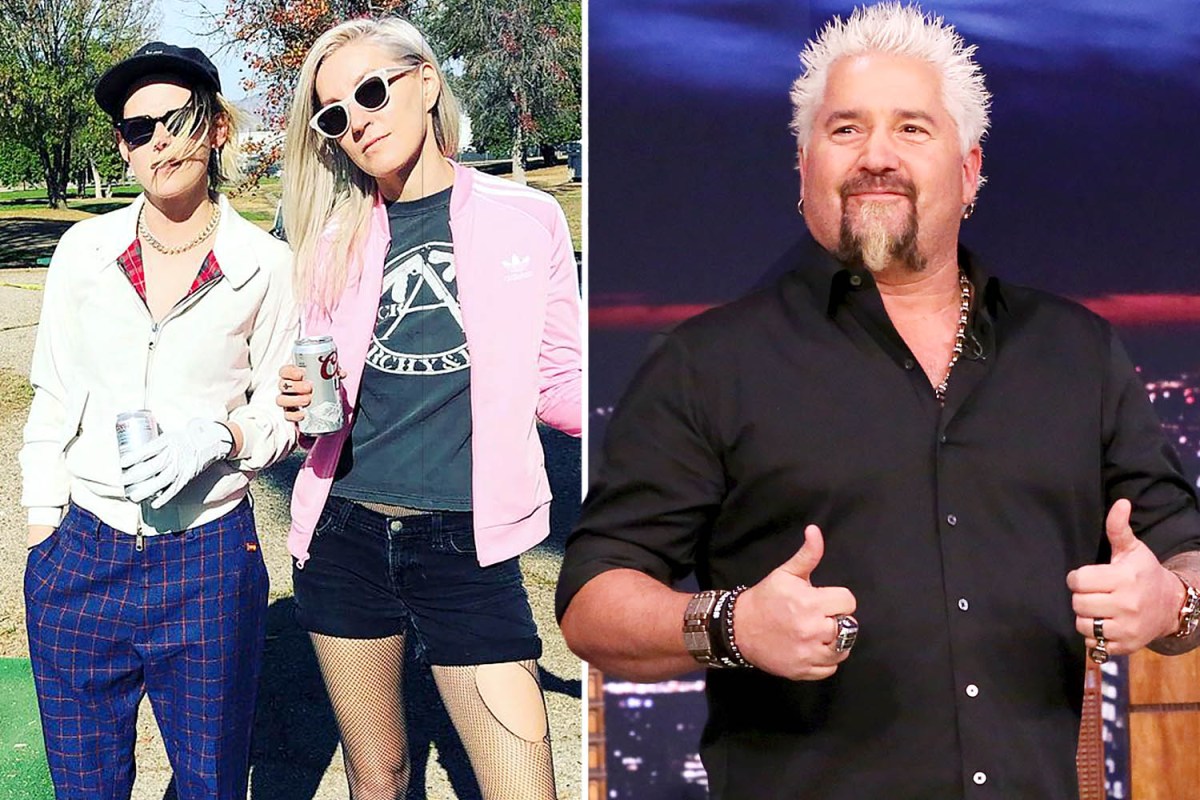 KRISTEN Stewart has revealed her surprising choice of officiant for her wedding to Dylan Meyer.

The 31-year-old movie star revealed her engagement to her girlfriend of two years this week.

“We did hear that Guy Fieri from the Food Network officiates a lot of gay weddings,” Kristen told Howard.

The Diners, Drive-Ins and Dives star officiated over 100 gay weddings in 2015 during the annual South Beach Wine & Food Festival in honor of his late sister, who was gay.

“So, the idea of that man — that sweet, sweet spiky-headed man — coming to our wedding and officiating it, it just makes me laugh so much,” Kristen shared.

Kristen also dished on some other details of her wedding.

“I want it to be pretty chill… It’s kind of just a great excuse to get together and say, ‘I love you,’ in front of all your friends…I want to get married in, like, Topanga. I want to be chilling. I want it to be very homey,” Kristen said.

Kristen and Dylan got engaged after nearly two years of dating, Kristen confirmed to Howard Stern on his radio show.

“I wanted to be proposed to, so I think I very distinctly carved out what I wanted and she nailed it. We’re marrying, it’s happening.”

While the pair have not been extremely open about their relationship, back in April Dylan had no problem praising her partner on Kristen’s 30th birthday.

Dylan shared a photo of the pair and included an emotional caption for the big day.

She wrote: “It’s my absolute favorite persons birthday and I’m wishing everyone the volume of beautiful feeling I feel toward her.

“It’s a short ride on this earth, spend your time with someone that inspires you to be the best version of yourself and lights your sh** on fire.”

The following year, Dylan would once again show her love for Kristen off, telling the now 31-year-old alongside a pic of the star and their dog: “Life sure is sweeter with this cute little family. Happy birthday, kiddo. You knock my socks off.”

‘WHEN YOU KNOW, YOU KNOW’

Before revealing she will soon be a married woman, the Spencer star shared how she would go about proposing to the “one,” as she gushed about Dylan.

She once again told Howard on his radio show in 2019: “When you know, you know. You know what I mean?

“There is nothing like feeling sure about anything, because we don’t know anything. And that is the only thing you can feel like you know, is that if you’re in love with someone…”

KISSING UP A STORM

Dylan, who is a screenwriter, and Kristen were first rumored to be together in August 2019 after they were pictured kissing in New York.

The two looked inseparable at the time as Kristen wrapped her arms around Dylan, before the Hollywood star was pictured diving in for a very public kiss during their afternoon out.

Fans were shocked as the outing between the pair came just weeks after Kristen and Irish model Stella Maxwell confirmed they were back together.

However, she is best known for dating Twilight costar Robert Pattinson for three years, but their romance ended after she cheated on him with director Rupert Sanders and then released a public apology.