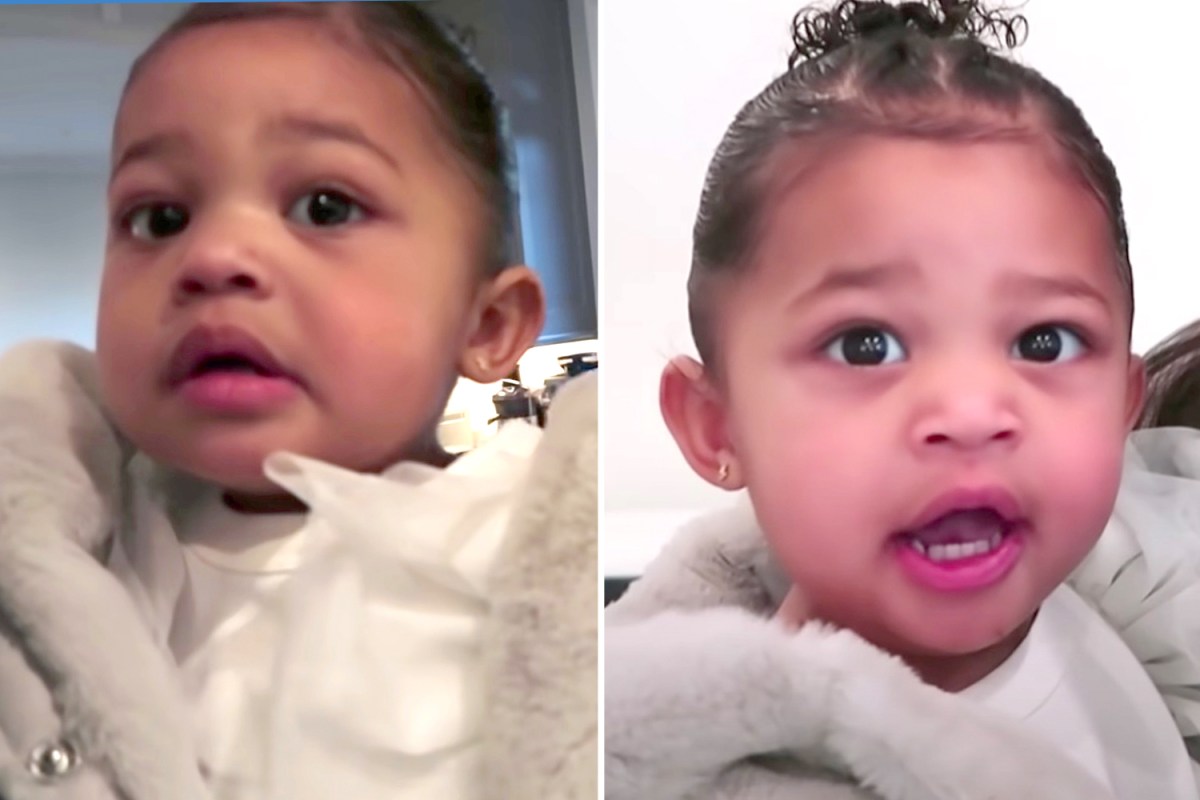 KYLIE Jenner’s daughter Stormi took after her famous mom from a young age, as she pointed and said ‘Birkin’ in a 2019 clip.

The reality star was recently slammed by fans for selling her USED Hermes Birkin bag for $65K.

Stormi Webster, four, picked up on her mom Kylie’s vocabulary early on.

In a Christmas YouTube vlog from 2019, Stormi was told by Kylie, 24 that she had a “big surprise” waiting.

The then-two-year-old daughter of the Keeping Up With The Kardashians alum and Travis Scott was being held by her mom and pointed off-screen and said “Birkin!”

“She said the Birkins,” Kylie candidly noted to the camera.

The surprise was in actuality a giant play room in the backyard that was the size of a small cabin.

“Stormi’s so rich she thought her surprise was a Birkin. The wealth,” one Twitter user wrote.

The clip comes as Kylie and sister Khloe Kardashian recently uploaded new items to the kardashiankloset.com website – the “official resale site of the Kardashian/Jenner family” – at high prices.

Kylie most recently updated her page with designer purses including a Hermes Birkin 30 bag at $65K.

Although Birkins are coveted handbags and can resell for $25K+, fans slammed the reality star for reselling her bags without donating to a cause or with justification.

Another commented: “Kylie just put a $65,000 Birkin on her kloset for purchase. Sister, who the hell [is] buying that?”

In 2020, Kylie showed off a Birkin she’s not reselling – the diamond-embellished brown crocodile bag, worth $300K.

Earlier this week, Khloe Kardashian was also slammed by fans for selling her daughter True’s outgrown clothes on the same website.

A kid’s pair of used pink Gucci velcro tennis shoes were priced at $250.

She was similarly ripped on Twitter for selling the clothes at sky high prices instead of donating them to those in need.

One wrote: “Who would pay that much for children’s clothing? Let alone used. Who gives a damn about brand names?

“So disgusted when these clothes could be donated to people in need.”

The weekend before, Kim Kardashian and Kylie – who are both said to be near-billionaires – teamed up for a joint mega birthday party for daughters Chicago and Stormi.

Kylie had a luxe baby shower for her incoming second child just days earlier, and posted a pregnant selfie amid the event.