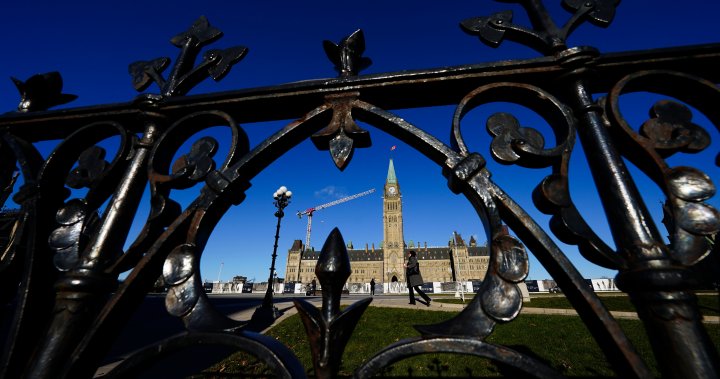 Canadians expect MPs to “hit the ground running,” Liberal House Leader Mark Holland said Monday adding he thinks the government can work with the opposition to get four key policies including a paid sick leave plan passed by Christmas.

It’s been five months since the House of Commons last sat, and MPs returning this week do so under the terms of a new COVID-19 vaccine mandate and amid what public health experts have described as “turbulence” from rising case counts.

MPs, their staff, administrative officials and journalists who are members of the Parliamentary Press Gallery are required to show proof of vaccination to access the parliamentary precinct in person.

“We are in an evolving situation. We are still in this pandemic, as tired as we all are of it,” said Holland.

He spoke with journalists Monday and said he is confident there are four specific pieces of legislation the government can get support for quick adoption on from other parties.

Legislation that will see continued spending on COVID-19 economic supports will be key among those, he said. So too will a promised bill to ban protests outside of hospitals in the wake of multiple such protests over recent months by opponents to measures like mandatory vaccine policies.

Mandating a 10-day sick leave for all workers in federally regulated workplaces will also be among the four key focuses for the government, along with a bill banning conversion therapy.

Holland said he believes there is enough support from the opposition parties to get those four policies adopted and passed by Christmas — though the House of Commons is only scheduled to sit until Dec. 17 before taking another break until the end of January.

He said there have been “great conversations” with opposition parties about how they can work together, but did not specify whether he was referring to the NDP, which was frequently the main backer for the government during the previous minority government.

NDP Leader Jagmeet Singh said shortly afterwards there is no deal between his party and the Liberals, but said he is open to supporting the government on measures he believes will help Canadians.

He also said he plans to call for an emergency debate in the House of Commons about the devastating flooding in British Columbia, and the need to adapt infrastructure to a changing climate.

“What we want to see is real, concrete action,” he said. “We also want to see investment and more involvement from the federal government in making sure these communities are more resilient.”

MPs are set to elect a new Speaker of the House of Commons on Monday afternoon, followed by a speech from the throne on Tuesday that will lay out in more detail the government’s legislative agenda.

Holland said the speech will focus heavily on measures needed to fight the continuing pandemic.