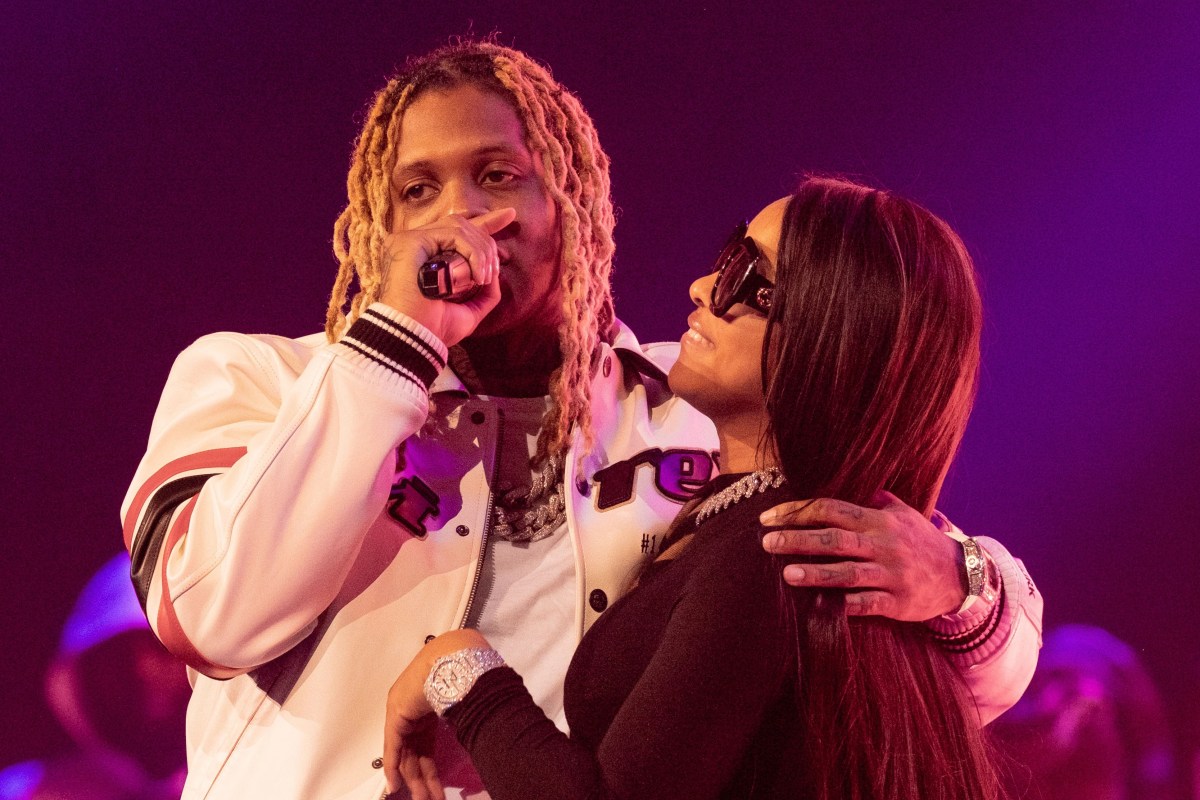 LIL Durk proposed to his baby mama India Royale onstage during a concert in their hometown of Chicago.

The rapper, 29, popped the question to India – who he’s been dating for four years – in the middle of his set at the United Center on Saturday night.

Durk (last name Banks) got down on one knee and said into the microphone: “You know I love you to death.

“You’ve been holding me down when I was going through a lot. You’re the realest and I just love you to death. Would you want to be my wife?”

The crowd cheered in support as India, 26, tearfully said yes and Durk slid a huge diamond engagement ring onto her finger.

The couple kissed and embraced before the influencer/vlogger proudly flashed her ring at the Illinois audience.

Jewelry designer Izzy A. Luxury described it as being a “10-carat oval shape ring” with a center stone “surrounded by 30 pointer emerald cuts in a handmade setting with pave stones around”.

Durk shared an emotional video of his proposal at the event – which was called 107.5 WGCI Big Jam – on Instagram.

The Lion Eyes rapper captioned it: “I drop triple digits at the united center last night.”

Both Durk and India shared sweet photos of the proposal, as well as them embracing and celebrating afterward while backstage on their social media.

The couple are parents to daughter Willow, three, and India is mom to daughter Skylar, six, from a previous relationship.

The proposal comes two months after Durk and India sparked rumors they had split up.

They raised concerns after unfollowed each other on Instagram, with India deleting all her photos with Durk and the rapper mysteriously deleting his account.

However, just hours later, he reactivated his profile and shared a photo of them kissing on Instagram.

India – who shares daughter Willow Banks, three, with Durk – responded by posting the same photo and writing alongside it: “Play Dangerously In Love.”

Durk also went on Instagram Live with India, 26, with the pair cuddling in bed.

He told fans, “Y’all want us to break up so bad,” while his baby mama giggled next to him.

The split rumors come three months after the couple were involved in an alleged shootout during a home invasion.

They were allegedly awoken on Sunday, July 11 at 5am and after being shot at, they pulled out their guns and returned fire with the perpetrators who breached their home in Atlanta.

The intruders managed to flee the scene before the cops arrived. Neither Durk nor India was injured in the gunfight.

Police had previously responded to threats made to the Durk family after the rapper’s brother DThang was slain outside of a strip club called Club O, in Harvey, Illinois, according to UPROXX.

In 2019, Durk surrendered to Atlanta authorities after he was being sought for a February shooting outside the Varsity restaurant.

He was facing a rap that included criminal attempt to commit murder and a criminal street gang charge, the Atlanta Journal-Constitution reported.

Lil Durk and Lil Baby collaborate in Voice of the Heroes