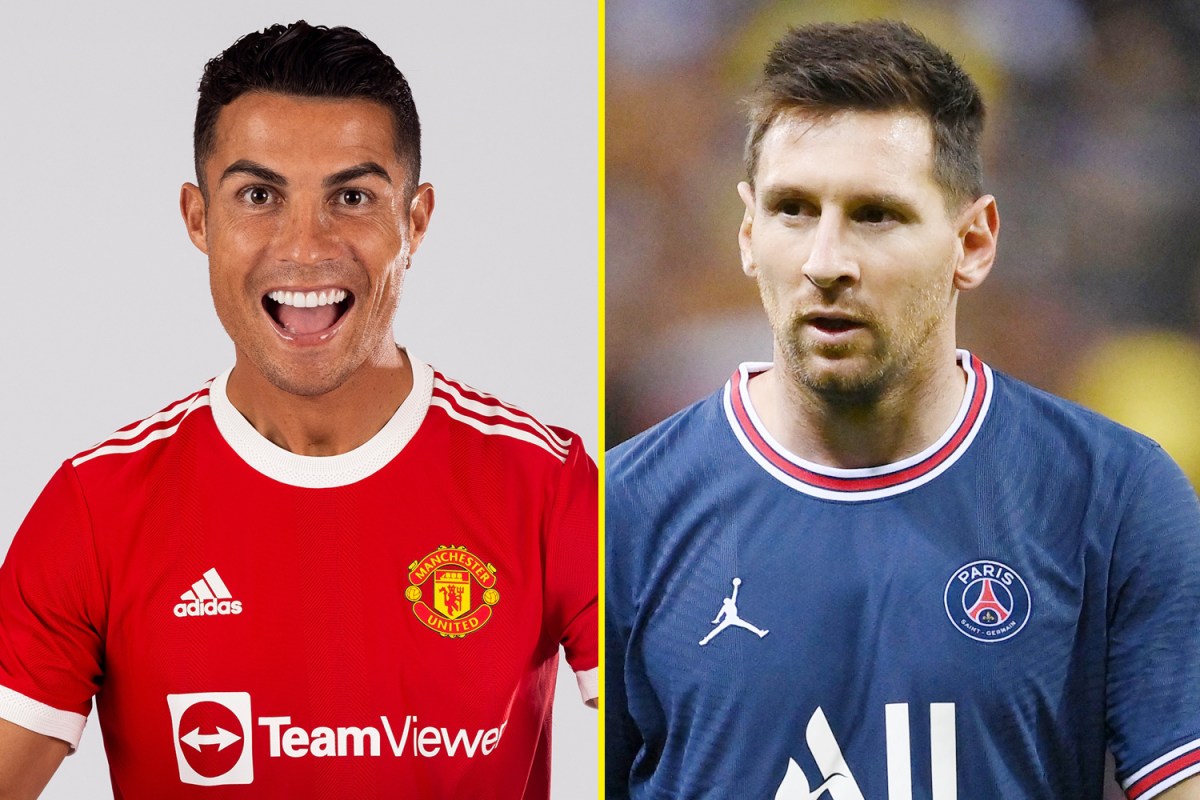 Cristiano Ronaldo and Lionel Messi may be the other side of 30 but for now, they’re still banging in the goals on a regular basis.

Manchester United icon Ronaldo has continued his remarkable scoring run since returning to Old Trafford and has now netted his 800th and 801st career goals.

Old Trafford was his stage and Arsenal were his victim as he made it 130 goals for United, with 450 coming at Real Madrid, 101 at Juventus, 115 for Portugal and five for Sporting.

He has already become the top scoring international player, and won’t care about his recent Ballon d’Or snub, but where does he sit for overall career goals?

The incredible Ronaldo has moved up the all-time scoring charts in recent years but he, alongside great rival Messi, remain behind Austria-Czech icon Josef Bican.

One thing’s for sure, though, the superstar duo still playing today are among the best to have ever done so.

New Paris Saint-Germain star Messi overtook the legendary Ferenc Puskas recently to move to fifth in the all-time chart, closing in on Pele, while Ronaldo is now second having leapfrogged Romario’s tally.

A Brazilian journeyman who certainly had the eye for goal.

Only recently retired, Tulio played for nearly 40 clubs in his career.

The German great was prolific for Hamburger but struggled to turn his goals into silverware.

He scored twice in his one and only appearance for Ireland’s Cork Celtic in 1978.

One of Hungary’s best during their heyday and a legend in his home country if not as much elsewhere in the world.

Incredibly, Deak averaged over three goals per game during his career at Szentlorinci AC.

The striker’s most important goal was the winner in the 1974 World Cup final as Germany beat the Netherlands 2-1 in Munich.

Muller is also Bayern Munich’s record goalscorer and has well over double the second best.

Another Hungarian icon, Puskas now lends his name to the award for the most beautiful goal of each year.

He made his name in Budapest before cementing his legend at Real Madrid.

A true legend, Messi has won countless awards to go along with his goals at Barcelona.

Now with PSG, the Argentine has a few years left to add to his remarkable tally.

He’ll be eager to prove his few doubters wrong and produce the goods in a different league.

One of the greatest ever and a three-time World Cup winner.

Pele scored nearly a goal-per-game during his 656 competitive games for Santos, though claims to have scored over 1,000 times in his career.

However, it is widely accepted hundreds of those goals came during tour or friendly matches. Pele insists he has scored more goals than Cristiano Ronaldo.

He enjoyed a stellar career at a number of top clubs around the world.

Ronaldo has won everything in the game and is still going strong today. Could he overtake Bican before he’s done?

The 36-year-old will be determined to show he is still a superstar following his return to Old Trafford this summer and it is at the stadium where he surpassed the 800 mark.

Scoring 395 in 217 games for Slavia Prague, Bican claims the honour as football’s leading goalscorer of all-time.

It is said he scored close to 1,500 goals in total during his playing days.