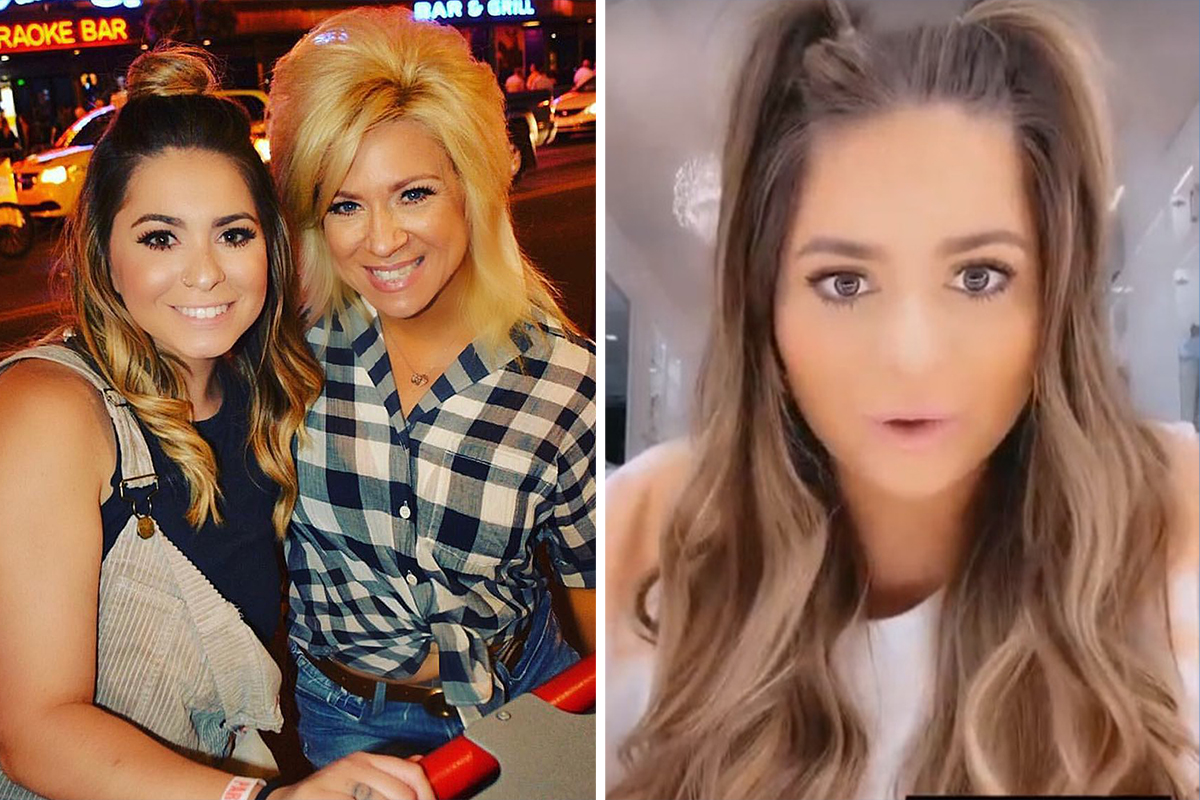 Victoria took to Instagram to share a series of videos of herself promoting Mixbook, which is a company that designs custom photo books, cards, calendars, canvas prints and photo prints online.

While showing off the Mixbook she made to document her wedding to Michael Mastrandrea, Victoria said that the product is “a great gift to give” this holiday season.

Speaking of the company, she gushed: “They have amazing. They have so many different varieties of books for different occasions, different styles, different looks.”

As she flipped through her wedding book, Long Island Medium fans likely noticed that Victoria’s nose seemed to disappear due to the filter used on the clip.

Each time Victoria moved her head, the filter would glitch and her nose popped on and off of her face.

BABY ON THE WAY

Victoria’s filter fail comes as she is expecting her first child.

Theresa’s daughter’s baby bump was not visible in the videos, as she sat behind a desk throughout the posts.

Back in August, Victoria shared that she’s expecting by captioning a photo on Instagram: “Special delivery coming February 2022.”

The photo and caption was a nod to her husband’s profession, who works in and owns an Italian restaurant.

The snaps showed a onesie with a slice of pizza and “special delivery” emblazoned on the front, which was placed next to an announcement board and a pair infant’s shoes.

In other photos, the couple wore black T-shirts with pizzas on them with one slice missing.

They also held up a smaller T-shirt with the missing slice.

Another photo showed Victoria wearing a “pizza in the oven” T-shirt alongside her husband, who wore one that labeled him as “the pizza maker.”

Victoria and Michael married in a Long Island ceremony in May.

He proposed to Victoria in February 2019 after dating for two years.

The couple has shared numerous milestones together, as they purchased their first home together in May 2020.

They shared the news with their fans on Instagram, writing: “Holy s**t we’re homeowners.”

Victoria is settling down as Theresa, 55, confirmed she’s single following her split from husband Larry.

The couple was married for about 30 years before the two finalized their divorce in 2018.

The TV personality dished on her divorce in a memoir, titled Good Mourning, which was released around October 6th of last year.

Theresa told Us Weekly: “This is a grieving process, but things weren’t the same that they were 34 years ago.

“So, of course, I miss that aspect. But the way that things were at the end, no – I don’t miss that.”