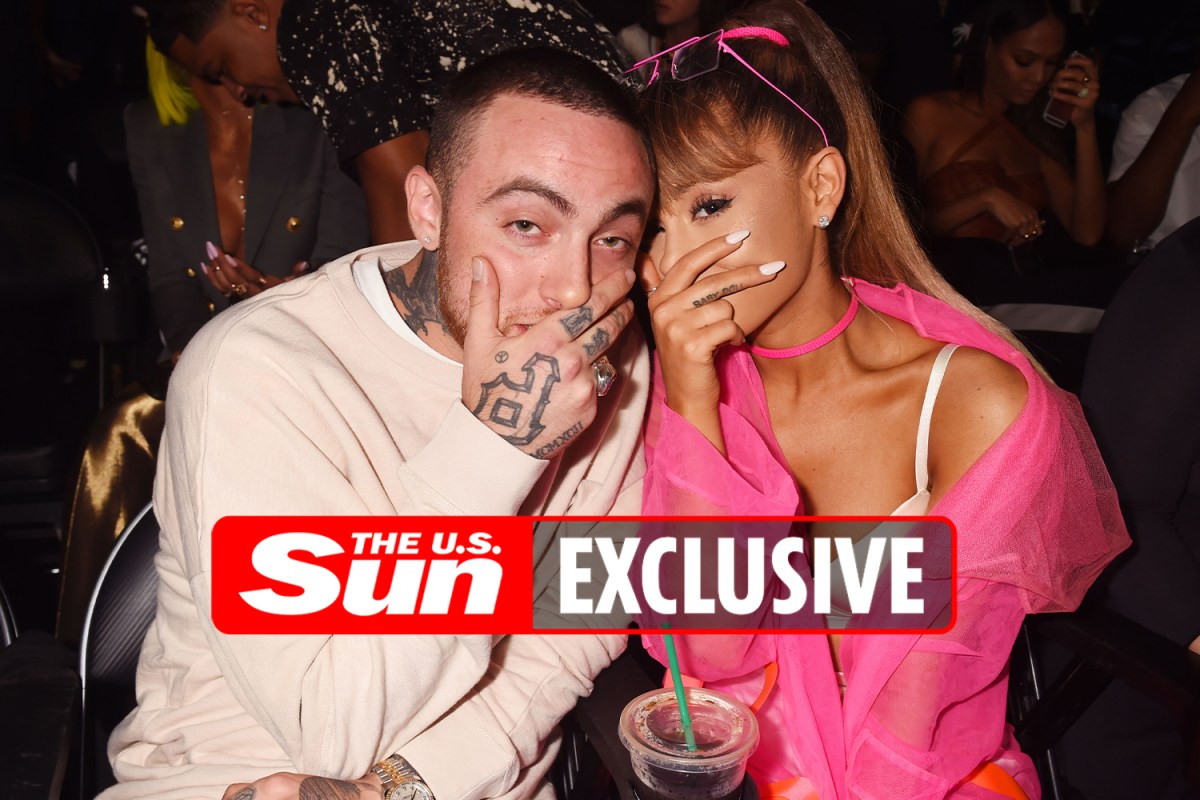 ARIANA Grande would “assume the worst” and “blow up” Mac Miller’s friends’ phones with messages of concern when she didn’t hear from the star months before his tragic death, a new book claims.

The “Thank U, Next” singer and the “Swimming” rapper began dating in late 2016 after years of friendship. They would amicably part ways two years later in May 2018 – four months before Mac would be found dead from an accidental overdose aged 26.

The reason for their separation was never outright disclosed by either Mac or Ariana, however, it was hinted that Miller’s years-long struggles with addiction and substance abuse had placed an irrevocable strain on their relationship.

Just over a week after their split, Miller was arrested and charged with drunk driving after he crashed his 2016 Mercedes G-Wagon into a telephone pole near his Brentwood, LA home and fled the scene.

Some of Miller’s fans blamed Ariana for the incident. However, the pop superstar refused to accept the blame, writing in a tweet that she was “not a babysitter or a mother and no woman should feel that they need to be.”

“I have cared for him and tried to support his sobriety and prayed for his balance for years (and always will of course),” she hit back. “But shaming / blaming women for a man’s inability to keep his s**t together is a very major problem. Let’s please stop doing that.”

In his new book, “Most Dope: The Extraordinary Life Of Mac Miller”, author Paul Cantor unearths the extents Ariana Grande went to in order to keep Miller away from drugs and drink, with friends of the later rapper describing her as a “stabilizing” force in his life.

Mac’s longtime DJ, Clockwork, told Cantor that Ariana was a “huge reason why he stayed sober” during their relationship.

“Being with her made him wanna stay sober,” he’s quoted saying in the book. “He was taking everything seriously; he was in love, he was making money, doing shows. After shows, he wouldn’t even go to the greenroom. Sometimes he’d kick us out, and he’d just talk to her, right after the show.

“We all knew that was good for him,” Clockwork added. “When he was with her, he was completely one hundred percent sober.”

But when he wasn’t in Ariana’s sights, concern for Miller persisted.

While working on an album originally titled Guidelines in 2017 – which would later become the commercially-acclaimed Swimming – Mac would reportedly disappear for three to four days at a time, failing to tell anyone where he was or where he’d been.

Mac’s vanishing act reportedly cause frequent concern for Ariana, who would frantically text his friends asking if they’d heard from him.

“There would be times when Ariana would text me,” Mac’s producer and longtime friend Big Jerm, who had been living with the star at the time, told Cantor. “She’d be blowing me up. She couldn’t get in touch with him and it’s like, ‘Yeah, he’s not with me either,’ so …”

“I mean, she could be dramatic,” he added. “But when I say dramatic—she assumed the worst. She knew things from the drug stuff before. She was very protective of him, in a loving kind of way. She just wanted to make sure he was safe or whatever.

Big Jerm says Ariana would ask him to tell Mac to call her.

“I didn’t wanna get in the middle of their stuff,” Big Jerm said. “But I understood where she was coming from.”

Months later, the couple would part ways with Ariana announcing the split in a post on her Instagram page.

“Hi! This is one of my best friends in the whole world and favorite people on the planet Malcolm McCormick,” Grande’s post began.

“I respect and adore him endlessly and am grateful to have him in my life in any form, at all times regardless of how our relationship changes or what the universe holds for each of us!

“Unconditional love is not selfish,” she continued. “It is wanting the best for that person even if at the moment, it’s not you.”

Mac, meanwhile, decided to remain mum on the situation.

Sources close to the couple said at the time that Mac and Ariana had actually separated a number of weeks earlier.

“Ariana was holding Mac together for a long time,” one source told US Weekly. “And it wasn’t a good relationship for her.”

Within days, Ariana was confirmed to be dating comedian Pete Davidson after the pair met on the set of Saturday Night Live. By June 2018, they were engaged to be married.

The following month, Mac broke his silence on his ex’s new relationship, calling it “strange but not negative” in an interview with Apple Music’s Zane Lowe.

“I was in love with somebody. We were together for two years,” he explained. “We worked through good times, bad times, stress and everything else. And then it came to an end and we both moved on. And it’s that simple.

“It’s all positive energy,” he said. “I am happy for her in moving forward with her life, just as I’m sure she is with me.”

Within weeks, Mac Miller would be found unresponsive by his assistant inside his home on September 7, 2018.

Turning blue, and with a foaming fluid leaking from his mouth, Mac’s assistant called 911 and attempted to perform CPR, but it was too late.

Mac was officially pronounced dead at 11.51am.

Investigators later found that he had passed away accidentally after consuming a counterfeit Oxycodone pill – a type of opioid – that had been laced with a fatal dose of fentanyl.

Cocaine, ethanol, and alcohol were all also found in his system at the time.

Mac’s assistant said his mood in the days before his death had been “positive”, and that the star had no known health issues or illnesses.

However, she acknowledged that he did struggle with sobriety, and when he relapsed he’d often consumed drugs, including Xanax and opiates, in “excess.”

His last “slip”, she said, had come just days earlier on September 4.

“I adored you from the day I met you when I was nineteen and I always will,” she wrote. “I can’t believe you aren’t here anymore. I really can’t wrap my head around it. We talked about this. So many times. I’m so mad, I’m so sad I don’t know what to do.

“You were my dearest friend. for so long. above anything else. I’m so sorry I couldn’t fix or take your pain away. I really wanted to. The kindest, sweetest soul with demons he never deserved. I hope you’re okay now. Rest.”

In an interview with Vogue the following year, she told writer Rob Haskell how she spent almost every waking moment during her 2017 Dangerous Woman tour “desperately tracking [Miller’s] whereabouts to ensure he wasn’t on a bender.”

The former Disney star said that while their relationship was far from perfect, she called Mac “the best person ever, [who] didn’t deserve the demons he had.”

She continued: “I was the glue for such a long time, and I found myself becoming . . . less and less sticky. The pieces just started to float away.”

In an interview with The Sun, Cantor said his biggest surprise writing “Most Dope” was learning just how loving Mac’s and Ariana Grande’s relationship was, even after their separation.

“I thought going into it – because the relationship he had at the end of his life became such a big story in the press – I thought there would be a lot more salaciousness to Ariana and their romance,” he said.

“What I really came to find out was that it was a very loving relationship, very supportive, and very real in the time it existed.

Cantor said that, as a journalist, he thought digging into the pair’s relationship would be like “opening Pandora’s box” – but he was wrong.

“In reality, their relationship turned out to be exactly as it appeared: two people who loved each other in the moment, and who cared for one another.

“I think if you look at his career … this is a period of his life where there was a lot of unbridled happiness.

“A lot of that happiness came in the period that he was with Ariana.”

Most Dope: The Extraordinary Life of Mac Miller is available for purchase in the US now. The book will be released in the UK on March 3.