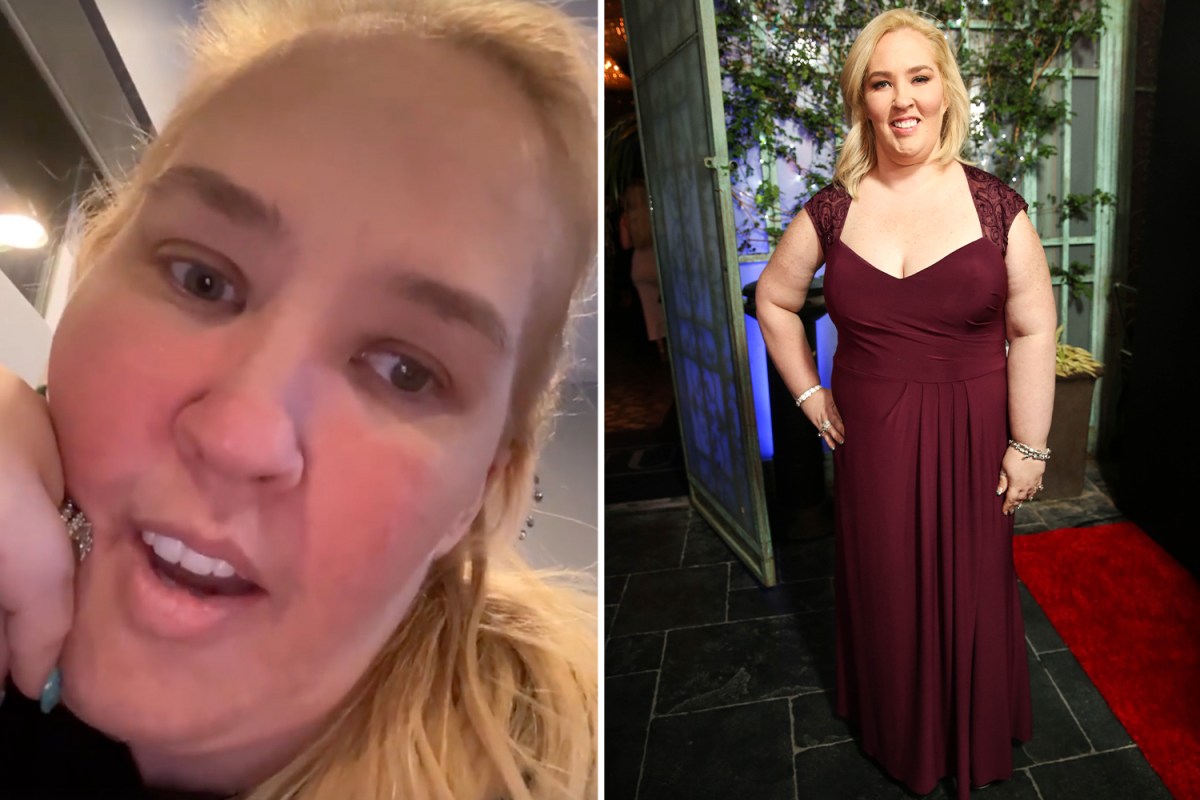 MAMA June Shannon admitted that in addition to meth, cocaine, and crack, she ‘once tried heroin’ but maintained that she never used needles.

Mama June invited fans to join her for a TikTok Live, during which she reflected on her time in active addiction.

She is now in recovery and claims she has faced no relapses or set backs in that time.

The We TV star even addressed concern from fans in the middle of her live, after a fan joined her and revealed commenters were concerned about her “picking her face.”

She was adamant that she was merely picking a stubborn pimple, which she said “won’t pop.”

Mama June also admitted during that conversation that she tried heroin, but claimed it was only “once.”

She said she was offered it by a party pal who pulled out some “black tar stuff” in her presence.

Mama June had been open during the live, as well as in past conversations, about her meth, cocaine, and crack use.

She also admitted to doing molly.

Heroin, however, isn’t believed to have come up.

Mama June said she couldn’t be sure how she felt while under the drug’s influence.

While sharing her heroin experience, and talking with a fan, she was firm that she has never used needles to shoot up drugs.

She, however, smoked and snorted drugs.

She blamed Geno for needles found in her home, which she said were found by daughter Pumpkin.

She confessed during the live that she went a long period without seeing her kids while she was using.

Now that she is sober and living in Georgia again, she said: “I see them about five times a week.”

She told viewers they’re “working on” their relationship.

Mama June also said they had to work through some issues on both sides noting that her addiction hurt her kids and their enabling hurt her.

Although she’s been through a lot, and said she still has “demons,” Mama June is in a much better place.

She is sober, reconnecting with her family and continues to work on her family’s reality show.

After her rocky romance with Geno, the reality star has been packing on the PDA with a much younger man.

She and beau Justin Stroud were spotted smooching and holding hands in California.

Mama June was photographed feeding him during the visit as well.

Their romance comes amid reports that Justin has a past of his own.

The Sun previously reported that Mama Junes beau has a warrant out of his arrest.

He was previously booked on drug charges – not unlike Mama June.

Cops were said to be looking for him after he turned up on the West Coast with Mama June.

She did not address her boyfriend in her live videos.