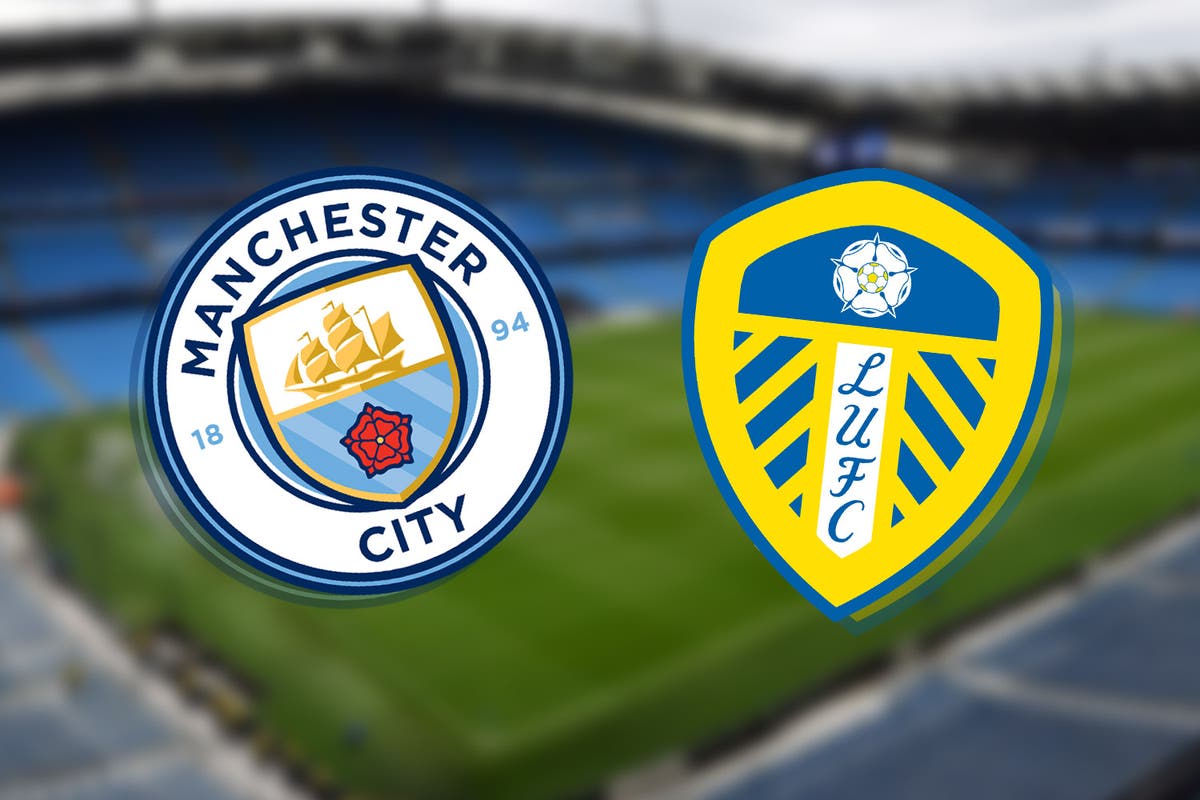 Manchester City crushed Leeds United 7-0 at the Etihad Stadium on Tuesday to make it seven Premier League wins a row and move four points clear at the top of the table.

Marcelo Bielsa’s Leeds were simply brushed aside by a City side who were at their very best after they took an eighth-minute lead through Phil Foden.

Five minutes later the lead was doubled when Jack Grealish met an inswinging cross from Riyad Mahrez with a firm header which flashed past Leeds keeper Illan Meslier.

Kevin De Bruyne made it 3-0, showing pace and a clinical finish, as he latched on to a fine through ball from the impressive Rodri.

Shortly after the restart Mahrez added the fourth and then De Bruyne blasted in a spectacular drive from 20 yards out. John Stones slotted home the sixth after a fine double save from Meslier, before Nathan Ake got himself on the scoresheet to make it seven home after heading in from a corner.

Everything you need to know

Stunning from Pep Guardiola’s side. De Bruyne with two, and Grealish, Foden, Mahrez, Ake and Stones all got themselves on the scoresheet as well.

City dominant from start to finish… they look to be in imperious form.

90+1 mins: Three minutes added on. Leeds counting down the seconds.

Mahrez twists and turns on the edge of the box to find the space for a shot. Well over the bar though.

88 mins: City free-kick 25 yards out. Not the best position for the shot, and ordinarily De Bruyne wouldn’t go for goal.

But it’s 7-0 and he’s on a hat-trick. Easy save for Meslier. Leeds go up the other end and Klich fires miles over the bar.

85 mins: City come again, as Mahrez slide it out with to De Bruyne.

He tries to cut it back to Stones but it’s just about cut back. Says a lot that it was Stones in the six-yard box… free-for-all for the City players now.

82 mins: Klich picks up a loose ball and Leeds are away.

Dallas charging down the left wing, tries to find Robers in the middle… Ake boots it behind for a corner. Towards the near post and Foden clears it.

80 mins: Still ten minutes to go. It’s going to feel like an eternity for the Leeds players.

Their fans are still in very good voice at the Etihad though.

City are not slowing down. Fernandinho into Gundogan and he dances into the box. Tries to find Foden, but it’s deflected behind for a corner.

Free header and he nods it past Meslier. Too easy.

Laporte has a header well saved, Meslier then denies Stones from the rebound too… but at the third time of asking, Stones fires it into the roof of the net. Meslier could not have done much more there.

71 mins: Harrison has been one of Leeds’ best players, but he’s been reluctant to shoot a number of times. Twice he’s free in the box but delays to try and find the cutback instead… twice it’s cut out.