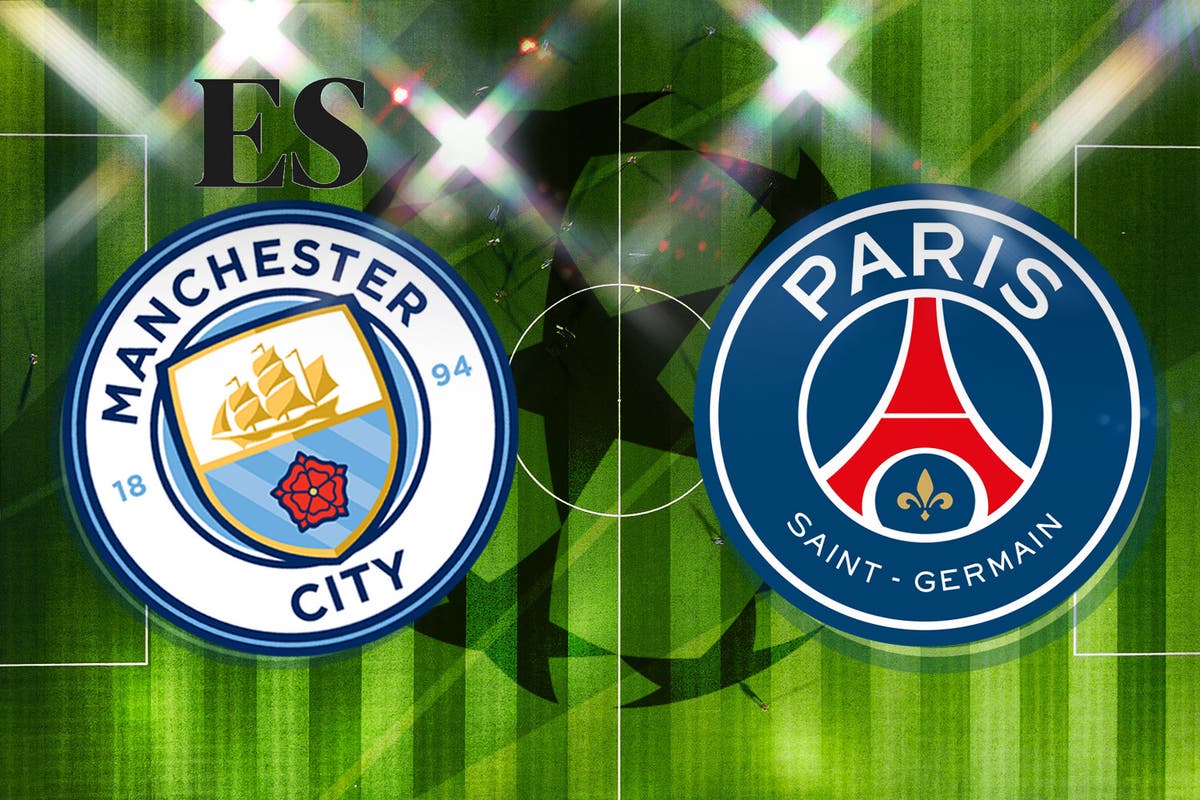 City are a point ahead of the Ligue 1 leaders with two games remaining in Group A. They eased past Everton over the weekend, in their first of three home matches this week.

A draw tonight would see City through to the knockout stages, but they will be eyeing the three points that would secure their passage as group winners.

PSG came out on top when the sides met in Paris earlier in the competition, with Lionel Messi scoring his first goal for the club in a 2-0 win.

But despite that victory they still trail City, and have to put the distraction of rumours linking Mauricio Pochettino to the Man United job to one side.

Follow all the action with Standard Sport’s LIVE blog below…

85 mins: Cancelo is at it again, another perfectly weighted ball through to Jesus. He is crowded out of it, but wins the corner.

Or not… referee didn’t see it come off Marquinhos.

81 mins: Neymar again the man PSG turn to, but he tries to nutmeg Mahrez and the Man City winger wins it back.

French side have been happy to sit back for most of the match… they have to chase it now.

79 mins: Neymar twists into the box, and trips over the ball. City fans in full voice at the Etihad now.

CITY HAVE TURNED IT AROUND!

Gundogan holds the ball up well, and he lays it back to Mahrez.

He swings a deep cross to the back post, where Silva cushions it beautifully into the path of Jesus, and he finishes past Navas. Wonderful goal.

75 mins: End-to-end now. Hakimi and Marquinhos very nearly turn a cross into their own net, but Navas just about dives on top of it.

PSG break, but Di Maria’s shot from range is a poor one.

PSG move it so quickly on the edge of the box. Neymar plays a one-two with Di Maria, finds the space inside the box, but his shot is wide when he had only Ederson to beat. Had to score.

James Robson at the Etihad

You can’t say City don’t deserve to be at least level and it has been all them since PSG took the lead.

The threat is there on the break if PSG can get the ball to their front three – but that has been an issue for them for most of the night.

It is one-way traffic again.

Silva slides the ball through to him, and the Brazilian hammers a left-footed strike at goal. Navas saves really well… offside flag up anyway.

68 mins: Stones shapes to shoot, doesn’t and loses the ball.

It rolls out to Rodri, he does let fly… wild. Can forgive him for trying, after his stunner against Everton over the weekend.