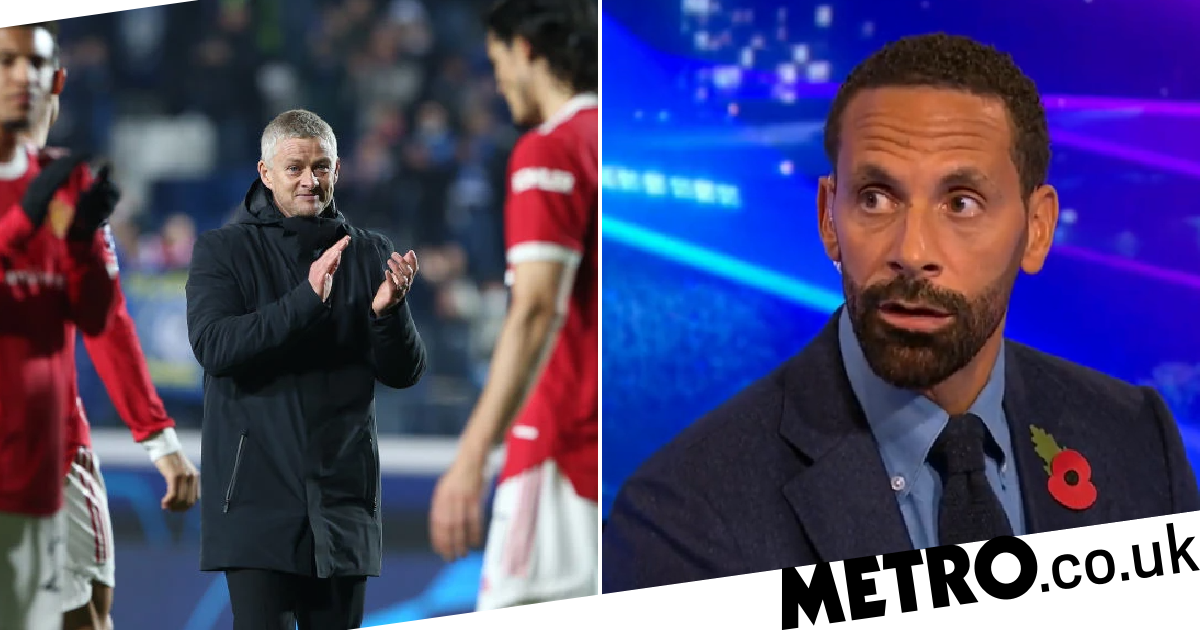 Manchester United will get ‘slapped’ by Manchester City in this weekend’s derby at Old Trafford if they reproduce their performance against Atalanta in the Champions League.

That is the opinion of Rio Ferdinand, who says Ole Gunnar Solskjaer’s side were in ‘disarray’ for much of Tuesday’s European tie against Atalanta.

Cristiano Ronaldo once again rescued Manchester United with a superb late goal to earn the Red Devils a draw against Atalanta, but the performance as a whole was unconvincing.

Solskjaer’s team fell behind twice before fighting back to secure a point that keeps them top of Group F in the Champions League.

Manchester United now turn their attentions to a Premier League clash with arch-rivals Manchester City and Ferdinand fears for his former club if they replicate their Atalanta display against Pep Guardiola’s side.

‘[Manchester United] can’t have that second-half performance against Man City. If they do they get slapped again,’ Ferdinand told BT Sport.

‘It will be three, four or five because it shows a real lack of respect for the opposition, being really fragmentised, slack and sloppy.

‘The intensity wasn’t there. It was disarray, it was just hope. It came down to a moment of brilliance and Ronaldo has saved them again.’

To make matters worse for Manchester United, they look set to be without Raphael Varane against Manchester City after the French defender pulled up against Atalanta.

‘As soon as Varane went off, it seemed to go all over the place and really shaky. The quality in the middle of the pitch wasn’t there.

‘With a performance like that, it has to be a slight worry ahead of Saturday. Man City will fancy their chances, United have to defend properly. The second half was a mess.’

Ronaldo’s brace in Italy took his tally for Manchester United to 127, one more than his current manager Solskjaer.

The Portugal legend said: ‘It was a difficult game, I know when we play in Bergamo it is always difficult, but we believe until the end and I am so happy.

‘We never give up, we believe until the end, it is a good result for us. The beginning was tough, we knew Atalanta would do a lot of pressure, they have a fantastic coach, when I played at Juventus they were always difficult to play against.

‘We were a little bit lucky in the end but that is football. We have to still improve, we have different players, different system, we have to adapt with each other, but it will take time. we have time to improve and be better.’