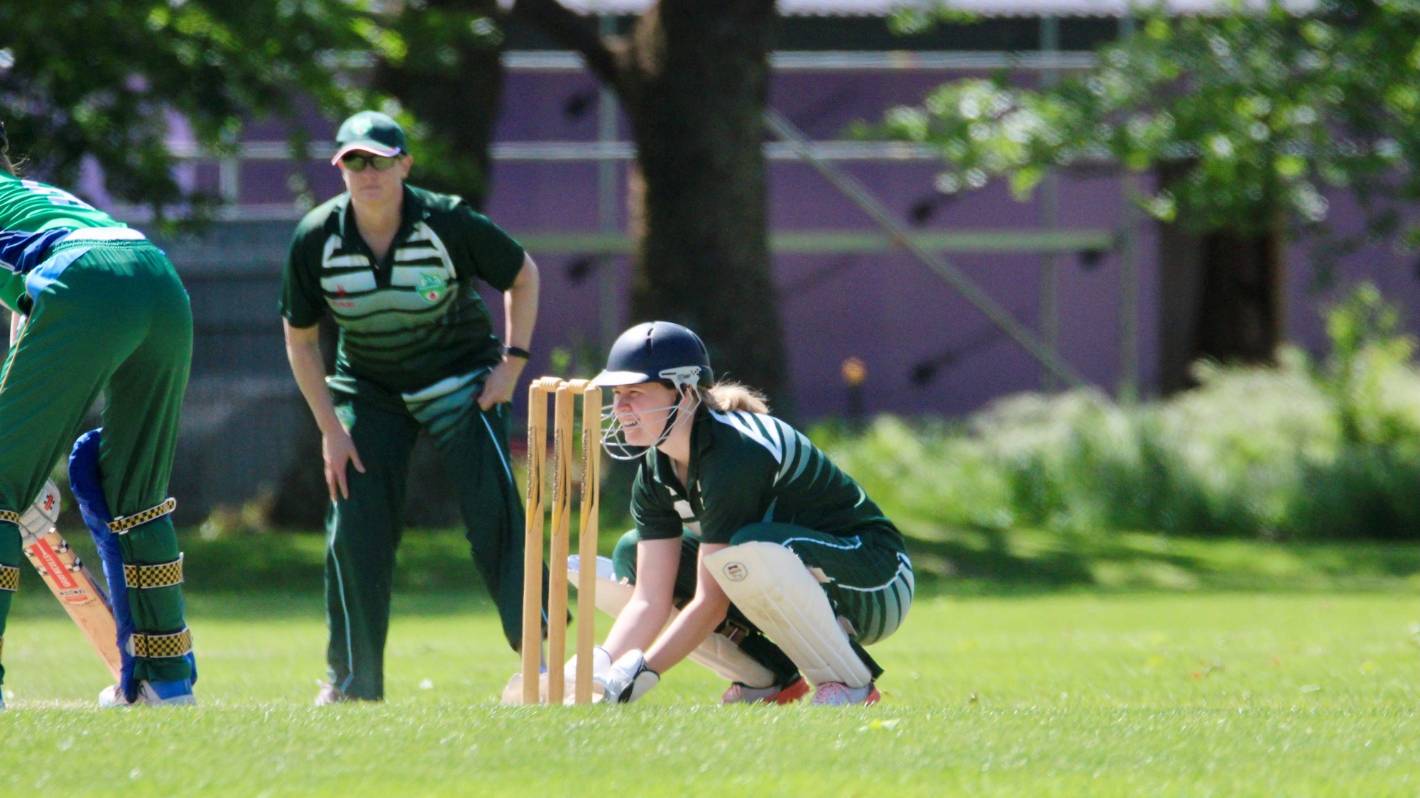 Manawatū wicketkeeper Sam Mackinder should be a key player in their double header against Wairarapa and Taranaki this weekend.

CRICKET: The average age of the Manawatū women’s team has taken a drop this week, but the coach is still confident the young guns can do the job.

Manawatū have a doubleheader of Shrimpton Trophy games at Manawaroa Park this weekend, playing one-day games against Wairarapa on Saturday and Taranaki on Sunday.

There have been two changes to the team that beat Wairarapa by 99 runs in Wairarapa two weeks ago.

The experienced pair of Nicole Thessman and Kate Henderson are out of the side this week and they have been replaced with schoolgirl bowlers Bella Minnis and Bridie Mcfadzean.

That makes for four high school students in the team along with batswoman Abby Treder and seamer Gemma Lovewell.

Aside from the vastly experienced Sian Ruck, who will captain the team again, the rest of the team are only recent school-leavers or in their early 20s.

Coach Greg Codyre said the young players had shown enough in the win over Wairarapa to be confident they can perform again.

“The team’s young. It’s a good chance to see where we’re at. That’s a good thing.”

He believed they would have enough batting even without Thessman.

Wicketkeeper batswoman Sam Mackinder and Treder both scored runs in the win over Wairarapa and will be key players again this weekend.

The bowling attack has lots of options, especially with Minnis and Mcfadzean coming into the team.