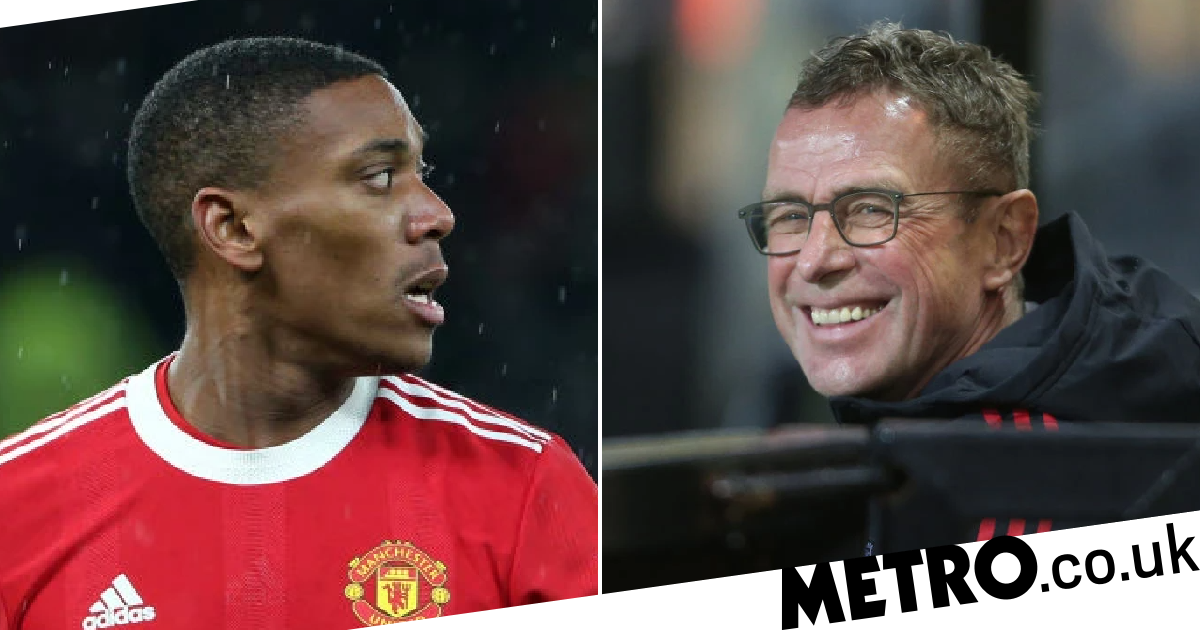 Ralf Rangnick has told Anthony Martial he is likely to be disappointed in his push to leave Manchester United given there has been little interest from potential suitors ahead of the January transfer window.

Martial, 26, has managed just one goal for United this term and is yet to play a single minute since Rangnick took over the reins as interim boss last month.

Last season was Martial’s least productive in front of goal since his £36million switch from Monaco back in 2015 – a then world-record fee for a teenager – and there has been mounting speculation that the forward could finally be set for the exit door at Old Trafford this winter.

Recent reports emanating from Spain suggested Sevilla had placed Martial at the top of their wishlist, with the France international keen for a fresh challenge and open to idea of a switch to La Liga.

Martial’s agent, Philippe Lamboley, speaking earlier this month, confirmed his client was actively seeking a move away from the Theatre of Dreams with a view to getting his career back on track.

‘He just needs to play. He doesn’t want to stay in January and I will speak to the club soon.’

However, Martial still has two-and-a-half years remaining on his current deal in Manchester and it appears the Red Devils have no intention of cashing in on the attacker midway through the campaign.

Asked about the situation at his pre-match press conference, Rangnick said he understood Martial’s frustrations but played down rumours the Frenchman may have played his last game for the club.

‘We spoke on Wednesday, we spoke at length,’ the German told reporters ahead of United’s Premier League clash with Newcastle.

‘He explained to me he’s been at Manchester United now for seven years and he feels it’s the right time for a change, to go somewhere else.

‘In a way this is understandable, I could follow his thoughts but on the other hand, it’s also important to see the situation of the club.

‘We have Covid times, we have three competitions in which we still have high ambitions.’

‘So far, as far as I know, there has been no offer from any other club and as long as this is the case he will stay.’

Another player yet to feature under Rangnick is Paul Pogba. The France midfielder has been sidelined since the start of November due to a thigh injury and has missed United’s last eight games in all competitions as a consequence.

Rangnick does not expect Pogba to be available again for several weeks and called for patience with the World Cup winner’s return to action.

‘I’ve spoken to Paul. On the day he came back from Dubai we spoke in person. We also spoke over the phone when he was still in Dubai,’ he added.

‘Right now, it’s about for him to get fit again, to get training fit, not just be match fit.

‘I think this will take as far as I know another couple of weeks and until then my full focus is on the players who are available and who can play in the upcoming games.’