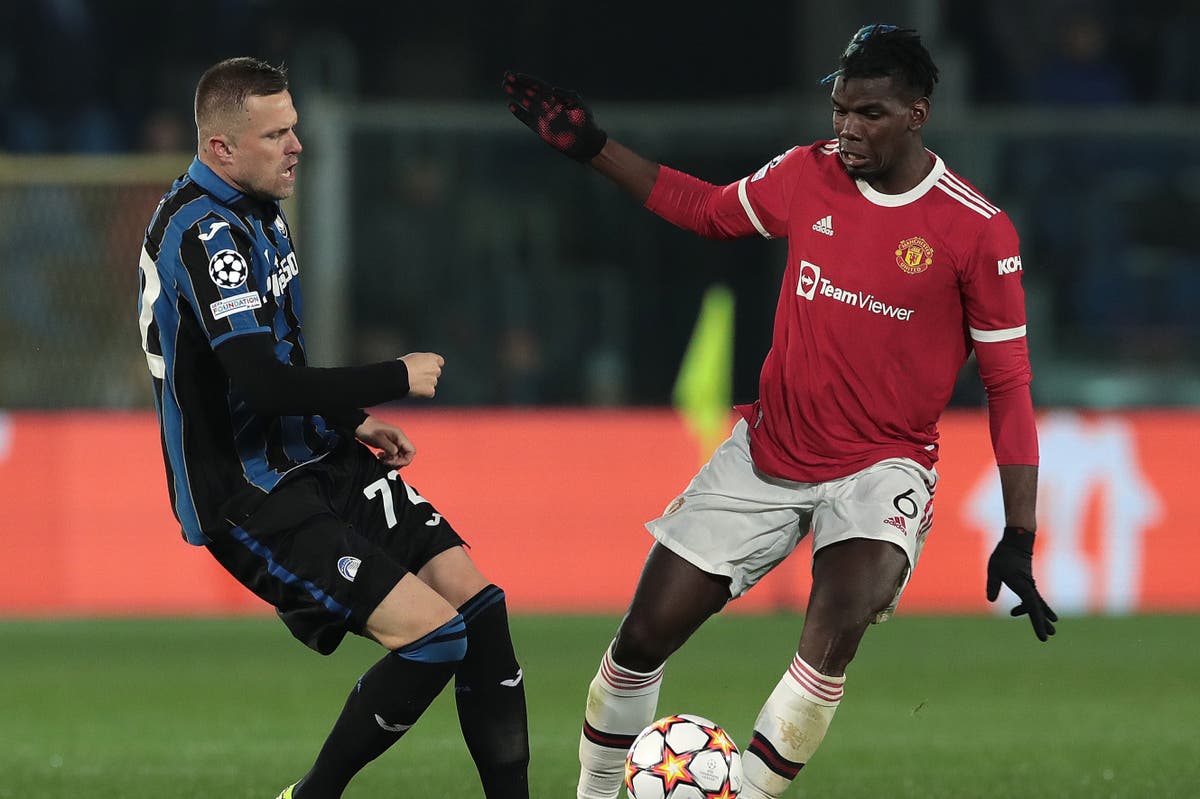 Following their vital 3-0 win over Tottenham that likely kept manager Ole Gunnar Solskjaer in his job, the Red Devils travelled to Italy in the Champions League on Tuesday night looking to produce another convincing display to show they might finally have turned a corner under the current management.

However, it was a familiar tale of inconsistency and confusion from the visitors, who twice fell behind and were once again rescued by a goal at the end of each half from Cristiano Ronaldo in a 2-2 draw that kept them top of Group F with two matches remaining.

Solskjaer – already without Victor Lindelof – also had to abandon the three-man defensive system that he introduced to such great effect against Spurs before half-time after Raphael Varane suffered a hamstring injury.

Another change the Norwegian made against Atalanta was to bring in Pogba, who is currently serving a three-match domestic suspension for his woeful challenge on Naby Keita during United’s 5-0 humiliation by Liverpool at Old Trafford.

However, the Frenchman largely flattered to deceive in his 69 minutes before being withdrawn in favour of Nemanja Matic and Scholes did not hold back with his criticism on BT Sport.

“He needs somebody talking to him all the time, someone there who he totally respects and is experienced,” said the United legend.

“He is a really experienced player but he will get to 35 and will be doing the same stupid stuff – stud-rolling the ball and people know it.

“The biggest thing with the player is his concentration – he goes away with the fairies sometimes.

“At Juventus he was excellent and that’s why we signed him but you look at [players around him] – [Andrea] Pirlo, [Giorgio] Chiellini, [Gianluigi] Buffon, an aggressive manager, telling him all the time and he will need that kind of treatment until he is 35.”