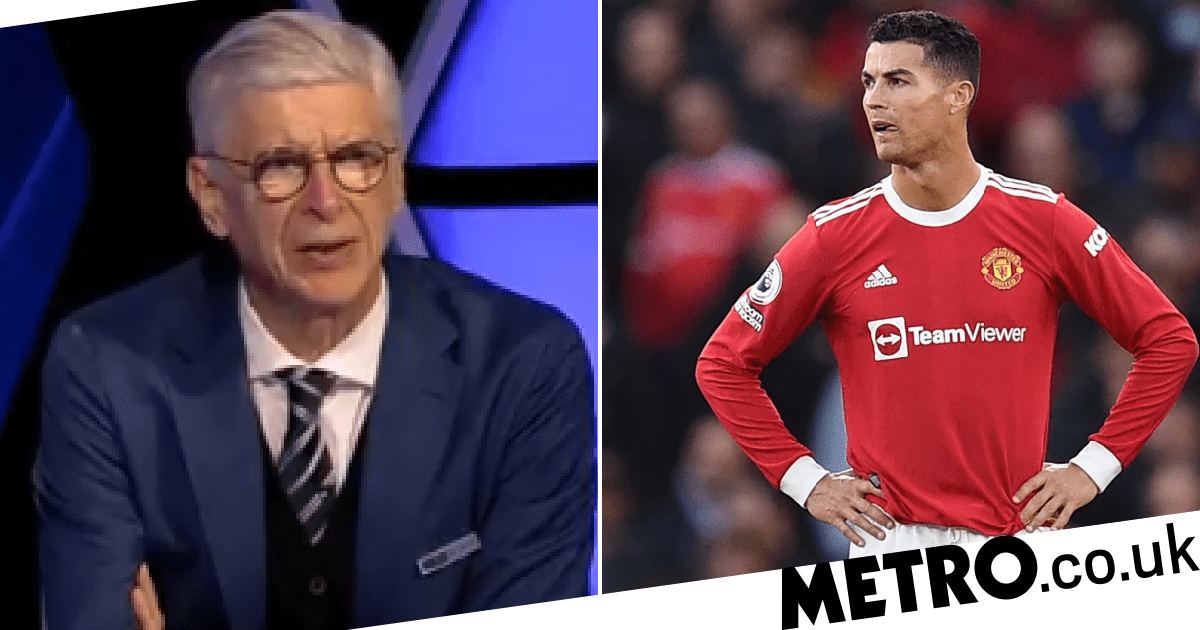 Arsene Wenger believes Cristiano Ronaldo’s arrival at Manchester United has created a problem for Ole Gunnar Solskjaer because the 36-year-old has upset the balance of the team.

The Portugal captain rejoined United on deadline day in August for a fee of around £12million after three seasons with Juventus.

However, despite an impressive six goals in nine appearances for the Red Devils since his return, United’s performances have been dismal and Sunday’s 5-0 defeat to Liverpool was the worst of the campaign so far.

The pressure on Solskjaer’s position is now mounting, particularly with Tottenham, Manchester City and Chelsea to come in the Premier League.

And, though Wenger insists it was not a ‘mistake’ to re-sign Ronaldo, he believes the veteran has caused Solskjaer a problem by upsetting the balance of the side.

‘I wouldn’t say it was a mistake but certainly some emotional impact was in there because he has been a fantastic player,’ said Wenger.

‘No, I believe Ronaldo can still score you the goals you need. Can he repeat every three games, very high intensity games? That’s certainly less the case today but let’s not forget he was the hero three days ago.

‘When you buy a player like that, the secret is the balance of the team. To play Ronaldo, he can win you games, but you need to create the balance around him.’

United have privately backed Solskjaer but that was before the embarrassment of the defeat to their arch rivals in their own back yard.

Antonio Conte is a leading candidate for the job and the Italian is available having left Inter Milan at the end of last season.

However, the former Chelsea boss is said to want assurances that the club are serious about competing for the Champions League before he considers taking over from Solskjaer.