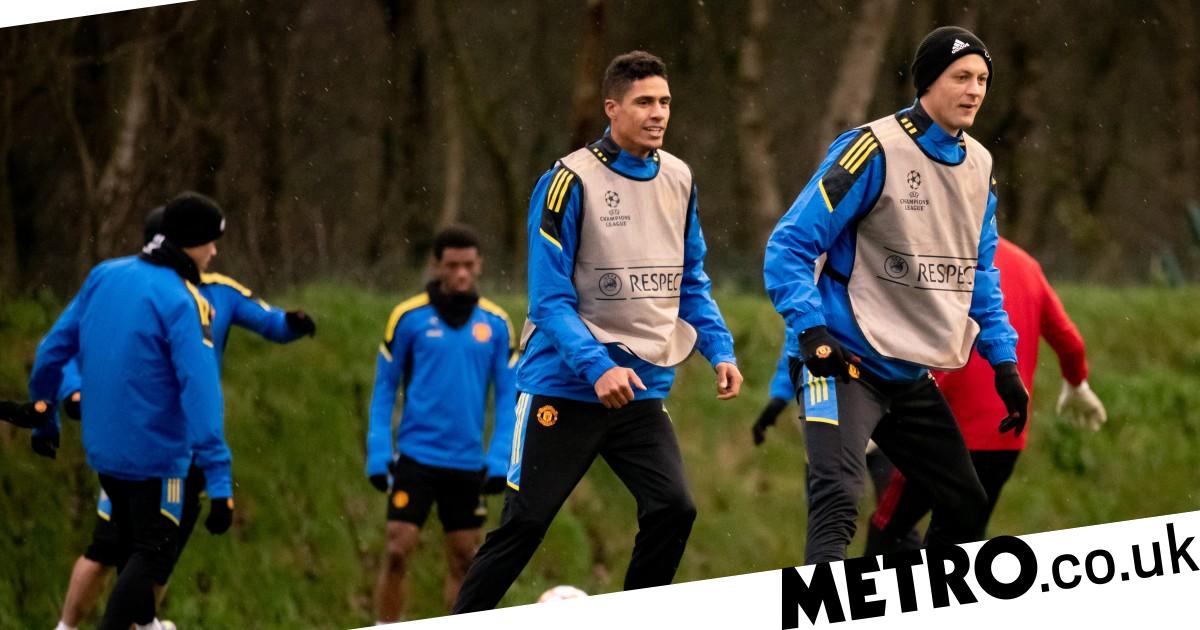 Manchester United have confirmed their trip to Brentford has been postponed following a Covid-19 outbreak at the club, with the Premier League reporting a record number of positive cases over the last week.

The Red Devils had been scheduled to face Thomas Frank’s newly-promoted Bees side at the Brentford Community Stadium on Tuesday night, but the match will be rescheduled in due course.

United decided to halt first-team operations at their Carrington training base on Monday and talks with the Premier League determined it would not be safe for the game to go ahead as planned.

In a statement on their official website, the Old Trafford giants said the recent spate of positive tests among players and staff required ‘ongoing surveillance’ based on the advice of medical experts.

United interim manager Ralf Rangnick had been due to lead a group training session with his squad at Carrington on Sunday, in the wake of the side’s 1-0 win at Norwich.

However, the outbreak meant first-team players were forced to complete non-contact outdoor sessions on their own, while those individuals who tested positive were sent home and told to isolate.

A fresh round of PCR testing – on top of the initial lateral flow tests – took place the following morning and the decision was subsequently made to call off training altogether to reduce the risk of further infection.

‘Manchester United can confirm that our Premier League fixture at Brentford FC, on Tuesday 14 December at 19:30, has been postponed and will be rescheduled in due course.

‘A decision was taken to close first-team operations at the Carrington training complex for 24 hours to help minimise risk of further infection, and individuals who tested positive are isolating in line with Premier League protocols.

‘Given cancellation of training and disruption to the squad, and with the health of players and staff the priority, the club requested the match to be rearranged.

‘The Premier League Board took the decision to postpone based on guidance from medical advisors.’

‘Manchester United regrets the inconvenience caused to Brentford FC and to the fans of both clubs by Covid-19.’

It comes after the Premier League announced there had been 42 new positive Covid-19 cases among club players and staff in the week that had passed, the most returned over any seven-day period since results were first released in May 2020.

The latest figure represents a significant jump on the 12 positive tests reported in the previous seven days of testing and the English top flight has reverted to its ’emergency measures’.

‘The safety of everybody is a priority and the Premier League is taking all precautionary steps in light of the recent rise in Covid-19 cases across the country,’ a Premier League statement said.

‘The Premier League has reverted to its emergency measures, and will increase the frequency of both lateral flow and PCR Covid-19 testing of players and staff.

‘The Premier League can today confirm that between Monday 6 December and Sunday 12 December 3,805 players and club staff were tested for Covid-19. Of these, there were 42 new positive cases.

‘The Premier League’s Covid-19 emergency measures, which are applicable to all clubs, include protocols such as wearing face coverings while indoors, observing social distancing and limiting treatment time. These are in addition to the more frequent testing.

‘We will continue to work closely with the government, local authorities and supporter groups, while being responsive to any future changes to national or local guidance.

‘The Premier League is providing this aggregated information for the purposes of competition integrity and transparency.

‘No specific details as to clubs or individuals will be provided by the Premier League and results will be made public on a weekly basis.’