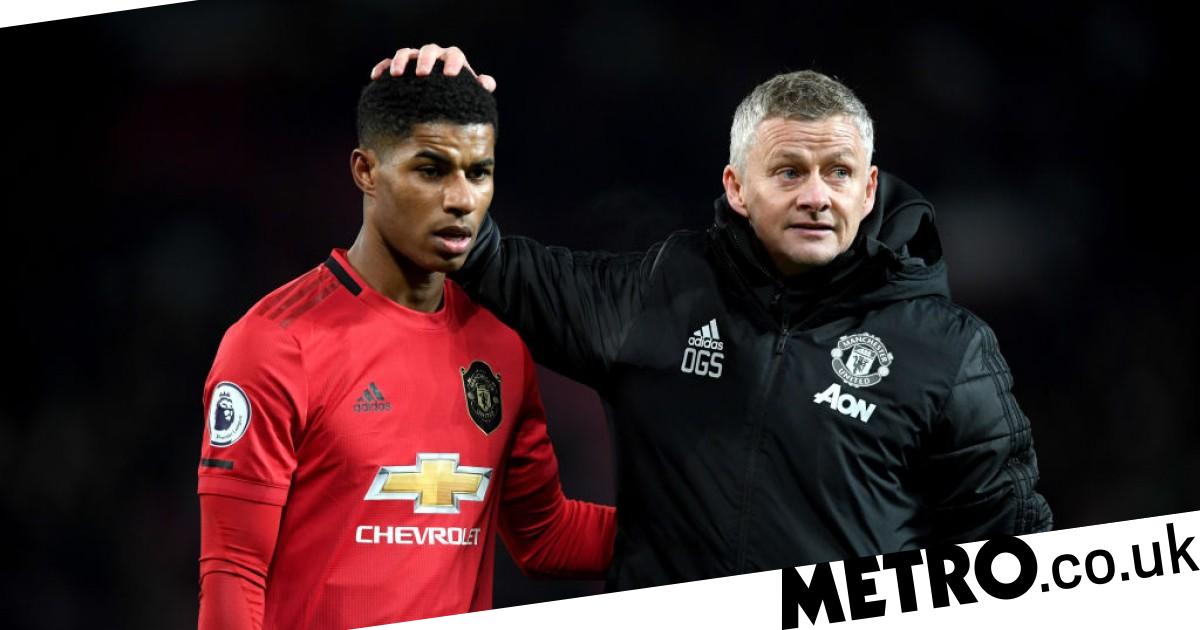 Marcus Rashford’s camp are unhappy with Manchester United boss Ole Gunnar Solskjaer’s recent comments in which he urged the forward to ‘prioritise his football’.

The striker made his first appearance of the season in Saturday’s 4-2 defeat to Leicester City, getting on the scoresheet in the second half, having been sidelined since the summer after undergoing surgery on a shoulder problem.

Earlier this month he also received an honorary doctorate from The University of Manchester at a ceremony at Old Trafford to go with the MBE he was awarded last year.

But in the build-up to his return to action against Leicester, Solskjaer said he needed to ‘prioritise his football and focus on football’, a comment which made headlines and appeared to suggest the United boss wanted his striker to reduce his off-field commitments.

Now The Athletic report that sources close to Rashford were angered by the comments made by Solskjaer and feel the 23-year-old is totally committed to his football career.

Rashford has faced criticism of his work from some quarters – with one Conservative MP even telling him to ‘stick to football’ – and there was a sense of dismay when Solskjaer expressed what appeared to be a very similar sentiment.

United, for their part, insist the Norwegian coach meant no offence and his words were misinterpreted.

There is also a feeling among those close to Rashford that there was no need for Solskjaer to question his commitment and priorities at all and feel he has continued to display his professionalism regardless of his off-field activism.

Rashford delayed the shoulder surgery he needed so he could take part in the end of United’s campaign last season, while he has returned to action six weeks ahead of schedule in a clear display of his dedication.

While Rashford is not believed to hold any ill-will towards Solskjaer, the incident has come at a far from ideal time for the under-pressure United boss, whose side have picked up just one point from the last nine available.