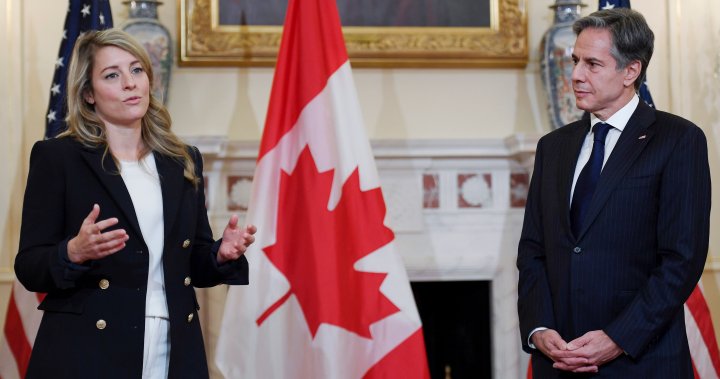 “We will continue to make sure that this is well-known throughout the administration but also throughout Congress … I am doing my part in making sure I raise it with Secretary Blinken, all levels of government are doing so,” Joly said.

“Canadians know we have to defend our interests and we can never take anything for granted,” she told a televised news conference in Washington after her first meeting with Blinken since being appointed late last month.

2:21
Frosty or friendly: Have Canada-U.S. relations been strained during the pandemic?

Frosty or friendly: Have Canada-U.S. relations been strained during the pandemic? – Oct 16, 2021

Joly said she had also raised the question of Enbridge Inc’s Line 5 pipeline, which the state of Michigan wants to close on environmental grounds. Blinken had been supportive, Joly said, but she did not give details.

Canada last month invoked a 1977 treaty with the United States to trigger bilateral negotiations over the matter. The White House says it had no plans to shut down the line.