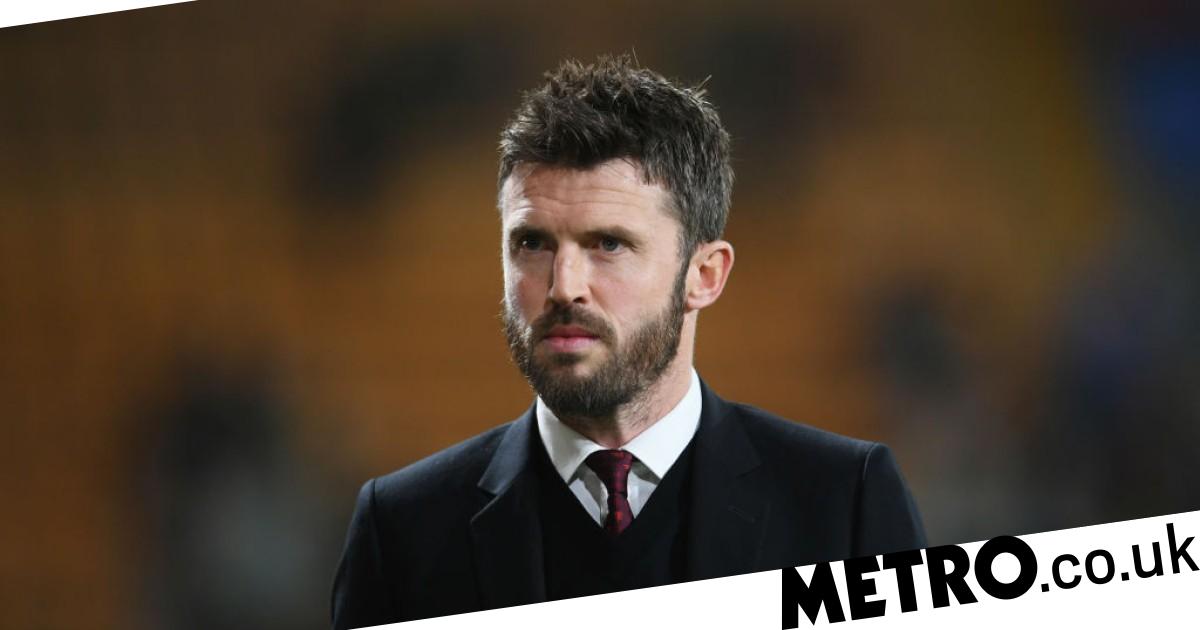 Michael Carrick has denied the suggestion that Ralf Rangnick had a hand in Manchester United’s team selection against Chelsea on Sunday, something Gary Neville said he was sure had happened.

United picked up an encouraging point at Stamford Bridge on Sunday afternoon, with Jadon Sancho opening the scoring before Jorginho equallised from the penalty spot.

The game finished 1-1, but before it had even started Neville suggested that the incoming interim manager was picking the team rather than Carrick, who is in caretaker charge at the moment.

It was a defensive-minded Manchester United team with a midfield which included Scott McTominay, Fred and Nemanja Matic, which Neville felt screamed of Rangnick influence.

The United legend tweeted: ‘A lot of people having a go at Michael Carrick for dropping Ronaldo and picking that MDF.

‘I’ve a feeling the the incoming manager has picked that team as it’s a huge departure from midweek and what they’ve been doing.’

He added shortly after: ‘Having watched 1min I’m now convinced on influence on the team and style!’

Gary Lineker chimed in and was in complete disagreement with Neville, writing: ‘No chance of this being true. Zero.’

The suggestion was then put to Carrick after the match and he was blunt, asked if Rangnick had any influence on the team by Sky Sports he said: ‘No.’

Asked about what was happening next with the transition to Rangnick taking over, the former England midfielder said: ‘I haven’t given it any thought, I’m standing here with you just after the game.

‘It’s been a busy week, we’ve managed to prepare the team for two massive games, came out of it pretty positive. I’m standing here now talking to you so we’ll see what happens tomorrow.’

United are back in action on Thursday evening when they take on Arsenal at Old Trafford and Rangnick is likely to be in charge for that huge contest.