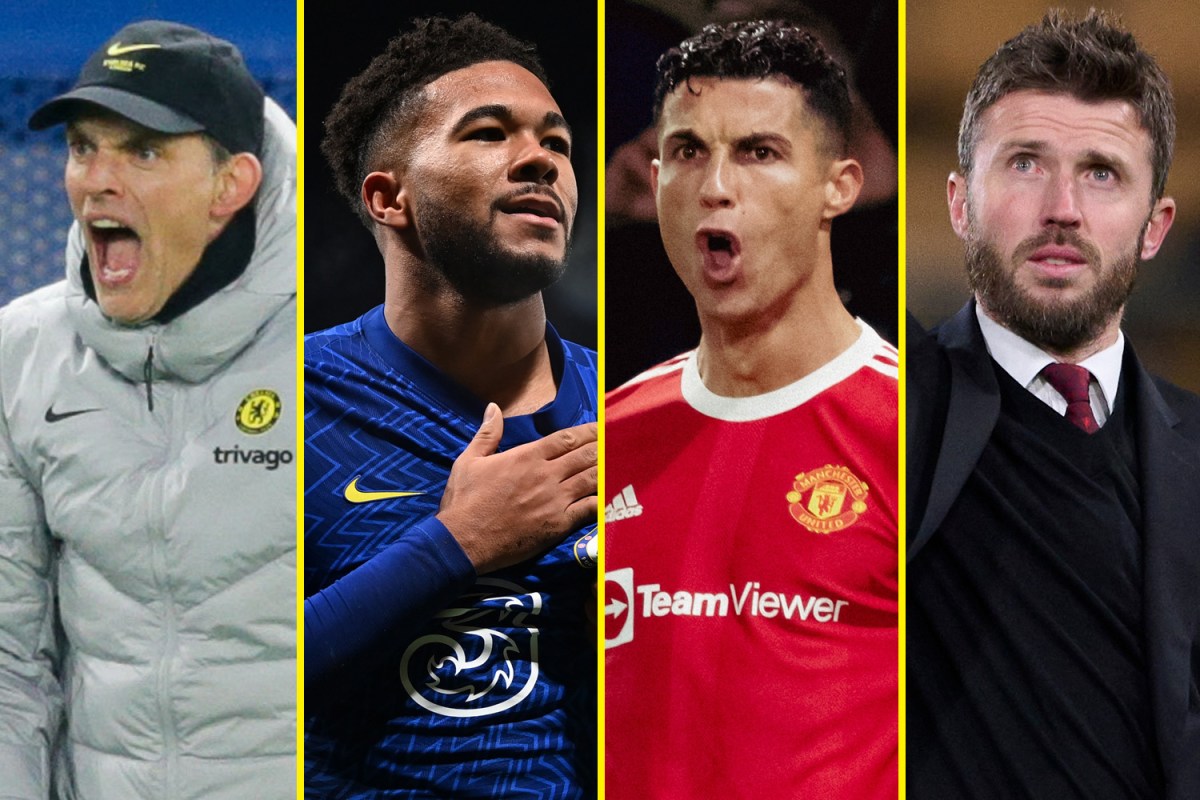 Carrick is set to be replaced as interim manager of United by Ralf Rangnick soon but helped his men to a well-earned draw at Stamford Bridge.

Jadon Sancho gave them the lead as he swept home after a horrible mistake by Jorginho.

But the Italian made amends when he cancelled out that opener from the spot after Aaron Wan Bissaka had fouled Thiago Silva.