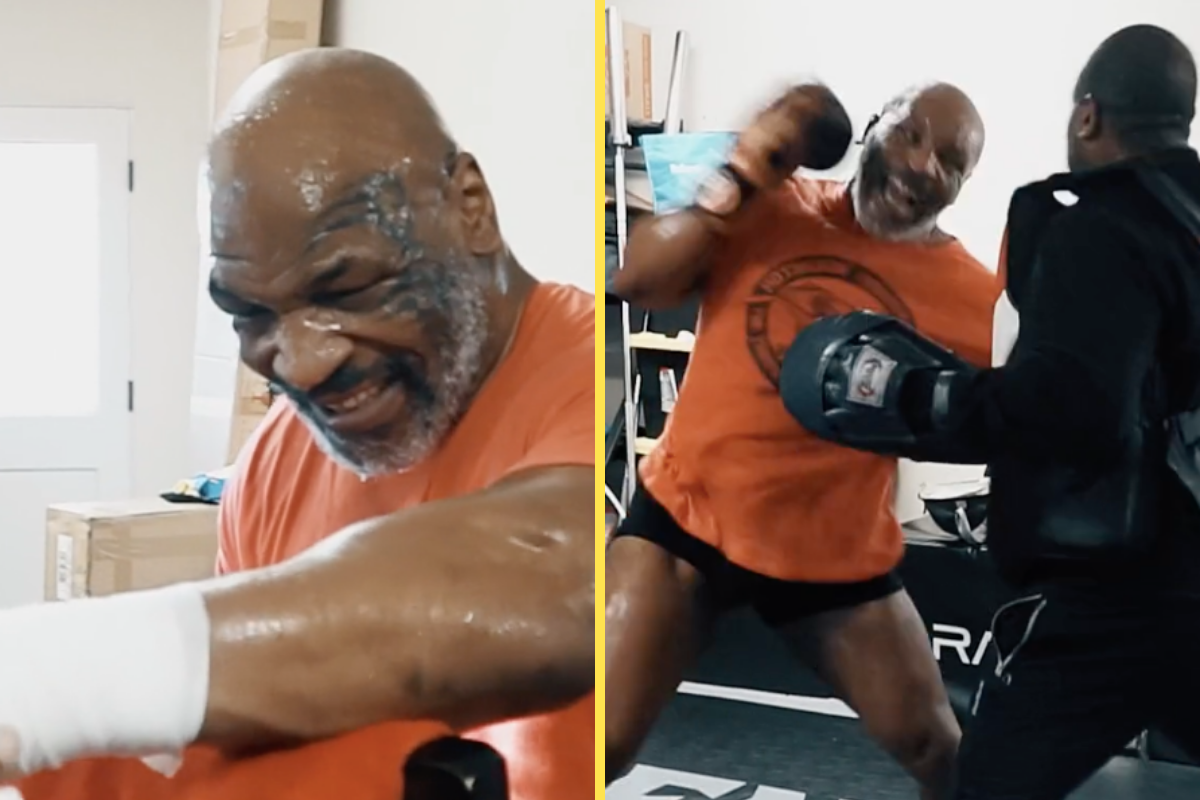 Mike Tyson looks as terrifying as ever as he posted a new training video on social media.

Iron Mike may be 55, but he is in great shape and will continue with plans to fight again next year.

He posted a video on TikTok where he was dripping with sweat and working out with his trainer, showing his incredible speed and power.

Tyson confirmed that he would be returning to the ring in February 2022, but no opponent has officially been confirmed.

Logan Paul has been touted as a possible opponent and he has previously admitted that a lucrative fight like that may be hard to turn down.

The YouTuber fought Floyd Mayweather this year and clearly doesn’t mind stepping into the ring with some boxing greats.

Joe Rogan sent a warning to Paul, though, in his latest podcast where he was chatting to Snoop Dogg about the possible fight.

He said: “The fact that Logan Paul wants to box him. It’s like wow. I can’t believe they’re really going to do that.

“That kid’s going to get hit for sure.

“Floyd was hitting him. Floyd has only taken a small amount of time off and he had those exhibition fights.

“Floyd has been pretty active as a boxer, he fought Pacquaio recently and that Japanese kickboxing guy.

“He was just fighting guys like Conor McGregor that we knew Floyd was going to beat them, but he was still active.

“Mike hadn’t been active forever. He got fat, but he’s a different kind of person.

“It’s going to be interesting to see what Logan can do to keep away from him.

“The only thing Logan has on his side is youth.”