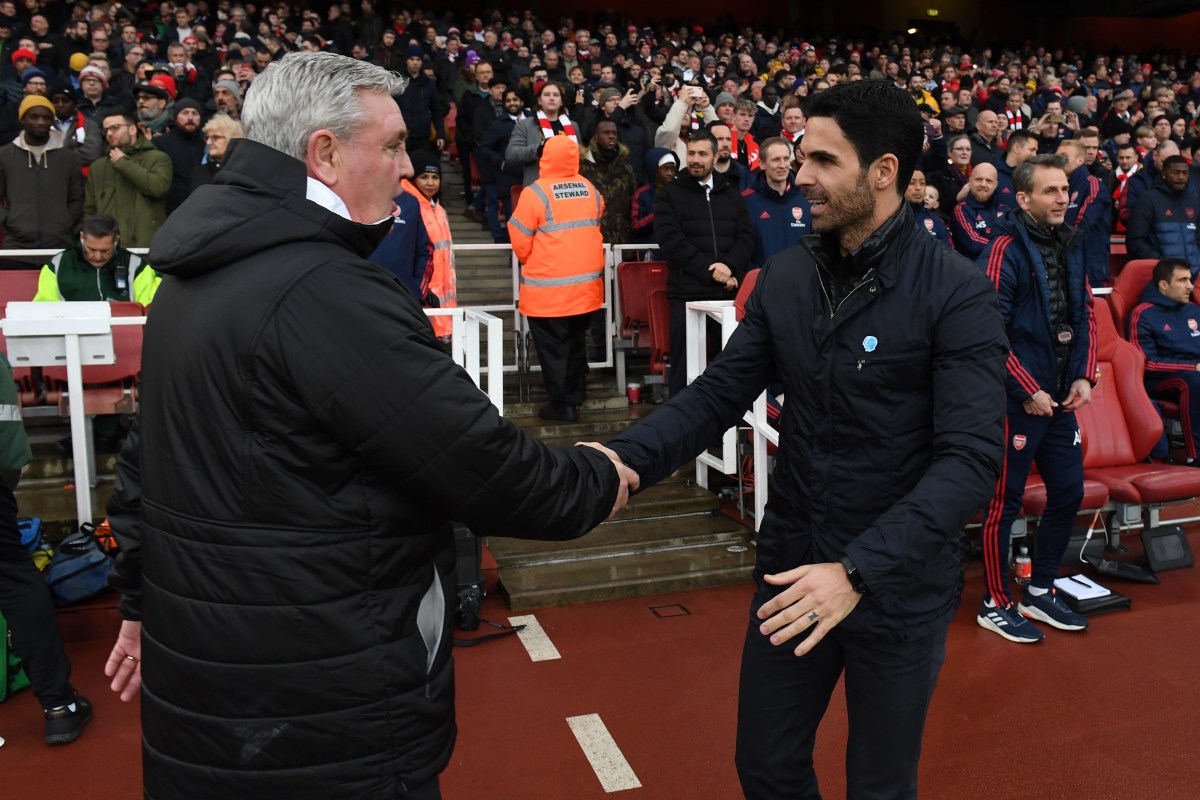 Arsenal manager Mikel Arteta has admitted Steve Bruce’s statement after his Newcastle sacking left him ‘really sad’ and insisted abuse given to those in football has to stop.

Bruce was handed his marching orders on Wednesday just days after he oversaw his 1000th game as a manager in the defeat to Tottenham at St James’ Park.

After his dismissal, which came a week after a £305million takeover at the club, the 60-year-old told The Telegraph that ‘people wanted me to fail’ and revealed he was labelled ‘a fat waste of space, a stupid, tactically inept cabbage head’.

“I was really sad after reading that statement from Steve,” Arteta told reporters before Friday’s Premier League game at home to Aston Villa.

“You’re talking about someone that’s been in the game over 40 years, that has managed over 1,000 games. He’s telling you with that experience that he struggled with that kind of abuse.

“We can’t take for granted that things are the way they are. We are here to improve and change them. I think we have to think about it when one of the most experienced managers in English history is telling you something.”

Earlier this season, Arteta seemed to be heading for the sack too following a terrible start to the season where the Gunners were defeated in their first three games.

However, he has recently gone some way to turning things round with three wins and two draws in their last five outings.

Alexandre Lacazette struck a last-gasp equaliser on Monday night against Crystal Palace to salvage a point for the Gunners but his time at the club remains the balance.

Arteta has no doubts the striker will give his all to Arsenal as questions over his future remain, insisting ‘anything is possible’ when it comes to the striker signing a new deal.

While there is no new offer currently on the table, Arteta is not worried by Lacazette’s work ethic.

“I had no doubts about that,” he said.

“If I had, probably I would suggest to do something different with him in the summer, when a player could not find the motivation or if his interests are just with his financial future.

“It is not the case with Laca, and he has shown that since I have been here every single day. That’s why he is a really important player for us.”