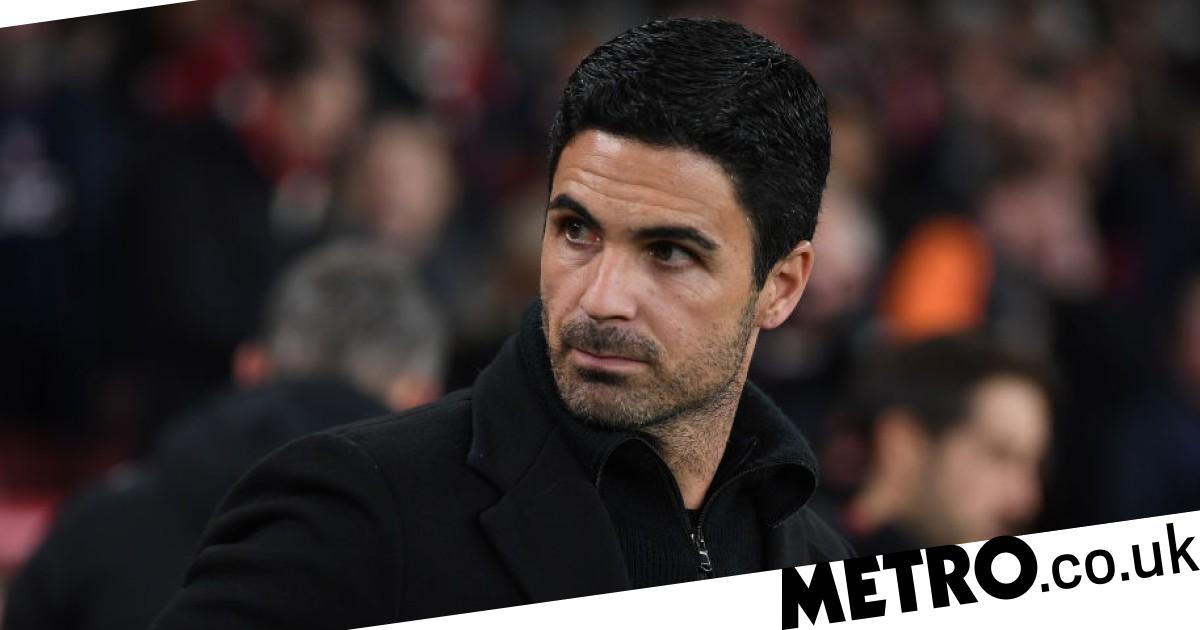 Mikel Arteta admits he has no idea when Kieran Tierney will be available for Arsenal again as the full-back continues to struggle with an ankle injury.

The 24-year-old sat out of the Gunners’ impressive 2-0 win away at Leicester City on Saturday lunchtime, the third game on the spin he has missed.

There had been hope that the Scotland international would return for the trip to the King Power but that didn’t happen and it does not sound like he is particularly close to a return either.

The Gunners boss said that Tierney is still not running comfortably and is not sure when he will be back in action.

‘He didn’t train with the team yesterday,’ Arteta said on Saturday afternoon. ‘He’s still in pain and was struggling with his running.

‘We need him back but I don’t know when that will be.’

This came after Arteta sounded more positive over the left-back’s return, speaking in the press conference ahead of the Leicester clash, he said: ‘He’s progressing in training. Let’s see how he is today.

‘He felt a bit better last few days but he wasn’t 100% the other day to start the game. Again we’ll see what happens is in the last 48 hours.’

In Tierney’s absence, summer signing from Benfica Nuno Tavares has filled in impressively at left-back, starting the wins over Aston Villa and Leicester.

The 21-year-old has now started four games for the Gunners in all competitions and won all of them.

Arteta has also been delighted with his new right-back, Takehiro Tomiyasu, who has been thoroughly impressive since his arrival from Bologna.

‘I am delighted to have him, first of all as a person he is such a great character,’ said Arteta. ‘He is doing all the right things, top professional and I think he is giving us a lot of composure in the backline, the way he defends and understands the work that we want to do with him.

‘So he’s been top. His adaptation to be a defender in this country, the way he’s done it, I think he deserves a lot of credit.’