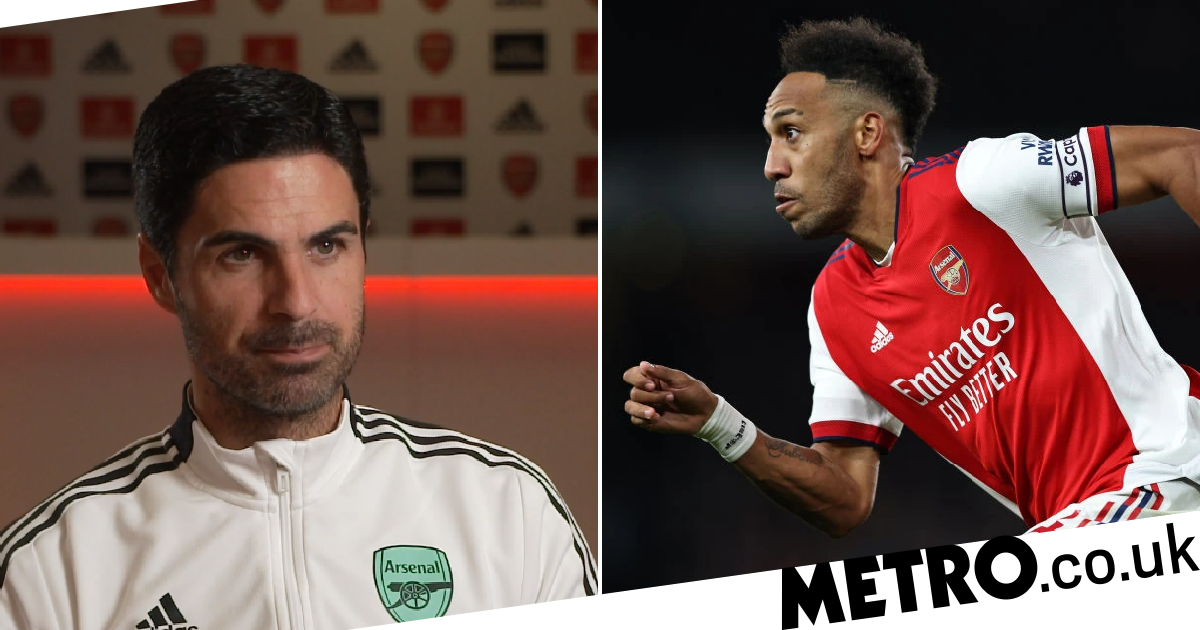 Mikel Arteta has lavished praise on Pierre-Emerick Aubameyang for his work rate and leadership of late, highlighting a ‘click’ with the Arsenal captain.

Not only has the Gabon international been on fire in terms of goals, with four in his last six league appearances, but his work ethic and pressing has visibly improved as well.

Aubameyang has been criticised for not working hard enough to win the ball back in the past, but in recent games against Tottenham, Crystal Palace and Aston Villa, he has set the tempo for the rest of the team.

The 32-year-old has caught the eye of his manager, who admitted that he has seen a positive change in the striker’s all-round game.

‘I have never seen Auba transmit what he is doing now,’ Arteta told Arsenal club media.

‘Apart from the goals, the celebration when they put the ball in the net, do you see the way he runs?

‘The purpose he has to press the ball, and when he takes it his movement, his link, how is leading the game – that is when he is changing the rest, not when he is static and then he puts the ball in the net. I prefer this Auba.

‘For me it is a click. It is a combination that realising that his role has to go well beyond that.’

‘What was good, or very good, two or three years ago, with his [Aubameyang’s] role in this team, at this club, it is not enough,’ the Spaniard added.

‘They lead by example and not only there but as well at the training ground. Certain things, a role they could have had three years ago in the squad, now it has changed.