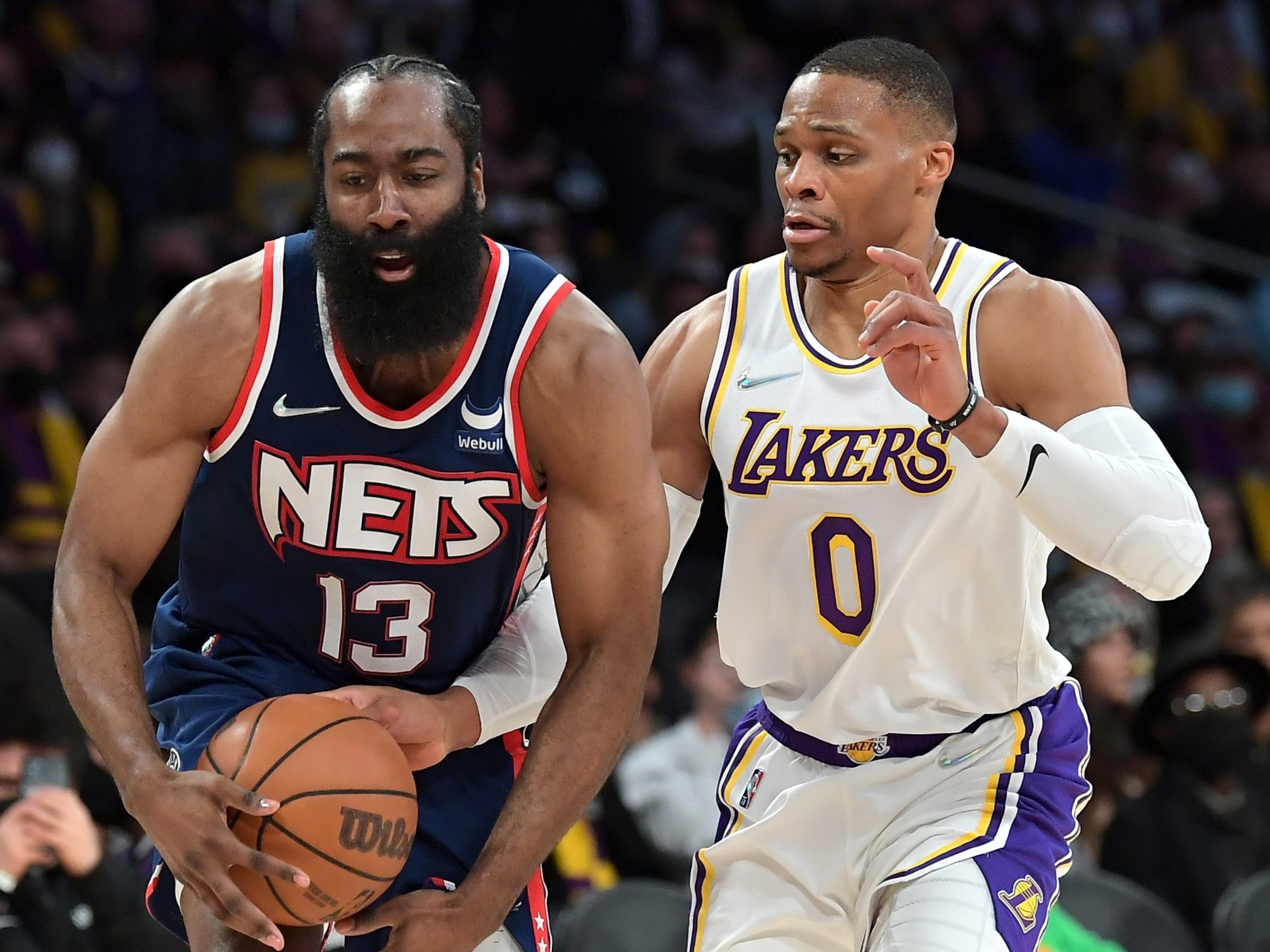 James Harden collected 36 points, 10 assists and 10 rebounds after a two-week absence as the visiting Brooklyn Nets survived a furious comeback attempt by the Los Angeles Lakers and recorded a 122-115 victory Saturday night.

Harden returned after missing the previous four games, including the past three in health and safety protocols. Harden recorded his 63rd career triple-double.

Harden shot 10 of 25 from the field and hit 13 free throws but his biggest play occurred in the final minute as the Nets survived their first game in a week. It was their second straight game without Kevin Durant, who remained in the COVID-19 protocols.

The Lakers forged a 115-115 tie when Malik Monk drove by Harden for a layup with 45 seconds left. Following a Brooklyn timeout, Harden lobbed the ball for Nic Claxton, who converted the dunk over LeBron James and completed the three-point play with 40.7 seconds.

Harden’s latest triple-double helped the Nets survive blowing a 23-point lead and getting outscored 33-20 in the final 12 minutes.

Patty Mills tied a career-high with 34 points and hit eight of Brooklyn’s 14 3-pointers. Bruce Brown returned from the protocols and added 16 points while De’Andre Bembry contributed 15 in his return.

James led all scorers with 39 points and Monk added 20 as the Lakers shot 41.7% and dropped their fifth straight game. Carmelo Anthony contributed 17 and Westbrook posted a triple-double of 13 points, 12 rebounds and 11 assists while shooting 4 of 20.

A three-pointer by Mills upped Brooklyn’s lead to 107-84 with 10:39 remaining but Los Angeles ripped off 17 straight points and was within 107-101 on a dunk by Anthony with 7:08 left. They hung around before Harden helped ice the game in the final minute.

After the Nets held a 15-point lead through the first quarter, James scored 16 points in the second. The Lakers were within 66-62 by halftime and tied the game at 72-all on two free throws by Westbrook in the third.

Harden’s three-pointer snapped the tie with 9:17 left and Brooklyn outscored Los Angeles 30-10 the rest of the third for a 102-82 lead into the fourth.