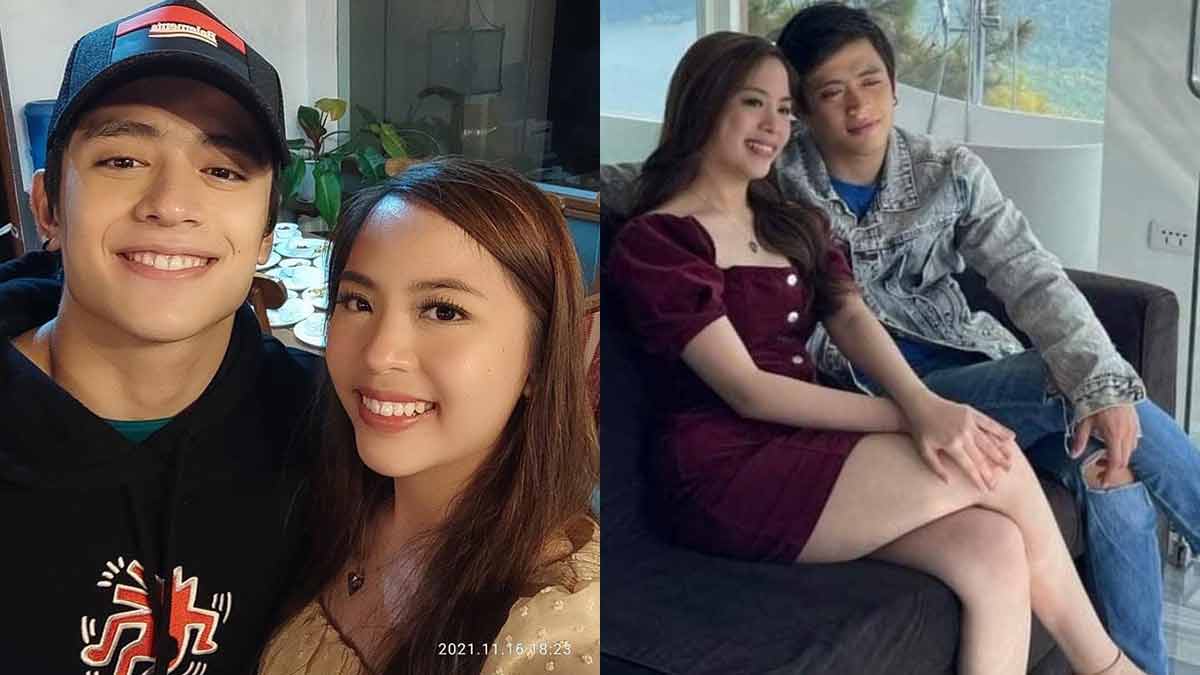 “Things went very well with me and Kelvin during the set. He was very professional yet very kind,” pahayag ni Ally nitong Disyembre 14, Martes, via Messenger.

“I really liked working with him because I felt sooo comfortable acting with him. He was very sweet.

“He took care of me during the shoot especially when I was scared during one of the scenes where we had to sit at the edge.

“I’m kinda scared of heights but Kelvin offered to take care of me and hold me if ever I was scared that I would fall.

“Also he is a very good actor. There was one scene that made me feel a a little bit shy and that was when he got so close to me.

“Sometimes I would laugh out of instinct, and it would cause both of us to laugh which was kinda funny.

“But even in some of the sweet scenes, he has this vibe that calms me and makes me comfortable.

“At one point after the fight scene, he immediately apologized to me and I found it adorable.

“He is such a gentleman and that makes me more comfortable when acting along side him.”

“The song itself shows the struggles of the relationship between my character, who is paranoid, thinking that Kelvin’s character is cheating on her,” paliwanag ni Ally.

“Direk Miggy Tanchanco was amazed that I managed to deliver that kind of emotion given that I still don’t have that much experience in acting and haven’t done any formal workshop yet.

“I felt touched by the story. However, the one inspiration that allowed me to cry was the remembrance of my dad.

“I was tormented by it so I used my longing for him to allow me to cry for the scene.”

DAUGHTER OF THE LATE ALLYSON VII

“It’s been very hard for me to recover since my dad passed away, and it will definitely be different since this is the first time he is not with us this Christmas,” pagtatapat ni Ally.

“My mom and my dad and I were very close. We used to do things always together.

“Sometimes every month in his death anniversary, a moth would come to visit us, and we would think of it as my papa.

“And during the shooting of the music video, the lights began to flicker. It is visible po in the scene.

“All the lights I passed, you would see them blinking. There was also a butterfly that you would see in the scene. The butterfly kept on flying next to the window of our room.

“You would catch that in the video. We only recognized these during editing.

“I really miss my dad and the way he hugs and comforts me, how he would call me his princess and how he would warm my hands when they are cold.”

“The song is very special to me since it is about my parent’s love story, how they had their ups and downs but still managed to make their love and relationship work,” lahad ni Ally.

“I really hope it becomes a hit since it’s a very beautiful love song. The melody and the lyrics are touching.