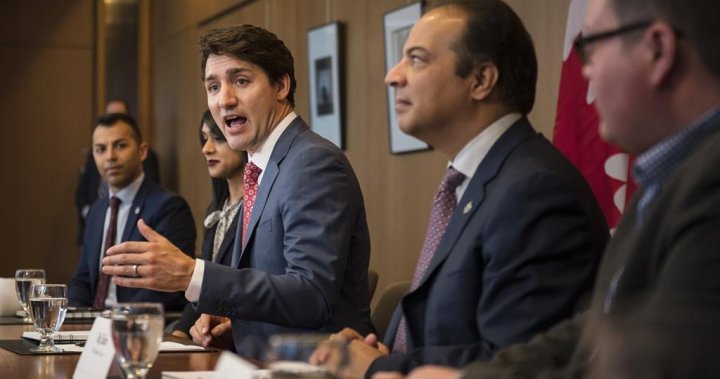 A new review of the way the House of Commons investigates harassment allegations against MPs has found it has no shortcomings, according to a summary presented Thursday.

The review by the Commons’ chief human resources officer was ordered after MPs questioned the handling of an allegation against former MP Raj Saini, who stepped down as a Liberal candidate during the election.

Saini faced allegations that he harassed a female member of his staff. The former MP for Kitchener Centre vehemently denied the allegations, which were originally reported by CBC and have not been independently verified by The Canadian Press.

Raj Saini to get $93k in ‘golden goodbye’ after stepping down

CBC reported the female staff member was not interviewed during the Commons investigation of her allegation and was offered mediation with Saini.

Conservative MP Michelle Rempel Garner asked the House of Commons to examine whether its policy on workplace harassment was strong enough to end a “culture of sexual misconduct” in Parliament.

The chief human resources officer, Michelle Laframboise, was asked to assess whether there were any shortcomings in the policy and to propose appropriate changes, if needed.

Laframboise told the all-party board of internal economy, which oversees administration of the Commons, on Thursday that the review found no shortcomings in the policy in place at the time of the allegations or in current procedures.

She also told the board there were no shortcomings in the “management of concerns in general.”

Government House leader Mark Holland, who sits on the board, said the report showed how “robust” the system was for investigating harassment allegations against MPs and Commons employees.

Holland said it was important that people felt confident about reporting incidents, saying that “folks should feel free to come forward.”

He also accused MPs who criticized the House of Commons system of undermining people’s faith in it.

“When we question how robust processes are, we push people away,” he said. “We are responsible as members not to attack the mortar of this building.”

Rempel Garner did not immediately respond to a request for comment.

Laframboise told the board that Commons harassment policies are accessible to employees. She said mediation, which must be offered, is a “useful tool” and conducted through a neutral third party.

She warned that reprisals against someone who has made a complaint are “absolutely not” permitted under the policy.

“Employees cannot be compelled to access the harassment complaint process,” she added.

Holland told the board that allegations of sexual harassment “are salacious and quick to get headlines,” and MPs should be cautious about “adjudicating in a public forum, either on the floor of the Commons or elsewhere.”

“Careers take a life time to build and they can be gone like that,” he said, snapping his fingers.

Saini resigned during the election after a barrage of questions about his conduct from opposition MPs.

Bloc Quebecois whip Claude DeBellefeuille said she had “great confidence” in the impartiality of the review, which she said was rigorous and had been written after consulting all parties.

The former social worker said there should be “zero tolerance” of violence of any kind in the House of Commons.