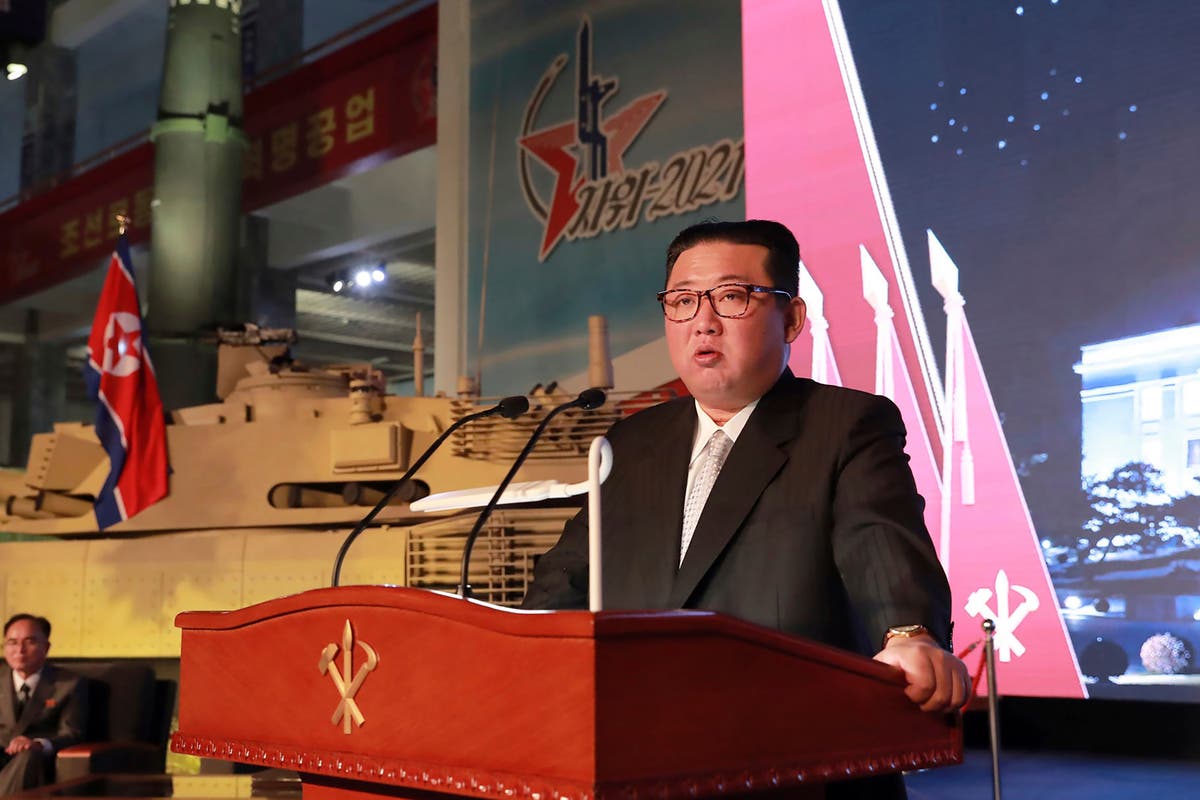 North Korea has test-fired a ballistic missile, its fifth such launch in a little over a month, according to officials from South Korea and Japan’s military.

The object was fired into the sea between the Koreas and Japan, though the exact location where it came down was not immediately confirmed.

A report by South Korea’s JoongAng Ilbo newspaper suggested it was a submarine-launched ballistic missile (SLBM) fired from the port city of Sinpo in the North’s South Hamgyong province around 10.17 am (KST).

The office of Japanese prime minister Fumio Kishida said that two ballistic missiles were fired by North Korea into the Sea of Japan, the Japan Times reported.

Shortly after, the newly appointed PM Mr Kishida canceled his scheduled campaign events for the day and said he is returning to Tokyo to respond to the North Korean missile launches.

The country is working to check if the missiles entered Japan’s exclusive economic zone, according to the report.

If confirmed, this will be the third ballistic missile by the North to strike near Japan’s EEZ since last month, after two more were launched on 15 September before landing outside the zone, officials had said. Japan’s coast guard has issued a maritime safety advisory for ships in its waters.

South Korea’s presidential office is likely to hold a national security council meeting to discuss the missile launch, which comes at the same time as a softening of Pyongyang’s stance towards Seoul – Kim Jong-un recently restored a phone hotline between the two countries.

Experts see the simultaneous softening of rhetoric and ramping up of military tests as an attempt by North Korea to bully the South into diplomacy and indirectly pressuring Washington.

Tuesday’s launches come hours after the US reiterated its offer to resume diplomatic talks with North Korea over its nuclear weapons programme. US president Joe Biden will be sending his special envoy for North Korea, Sung Kim, for talks in Seoul.

North Korea objects to scaling down its nuclear weapons as a precondition for restarting dialogue, and instead demands sanctions are lifted first. It is also asking the US to abandon its “hostile policy” towards Pyongyang, referring to US and South Korean joint military exercises.

In its attempts to force concessions from the US, North Korea has tested various high-end weapons in the last month, including a new cruise missile capable of carrying nuclear warheads, a rail-borne ballistic missile, a hypersonic missile and a new anti-aircraft missile.

Mr Kim also reviewed missiles which North Korea said were designed to carry out nuclear strikes on the US mainland during a military exhibition last week, vowing to build an “invincible” military to fight US “hostility”.