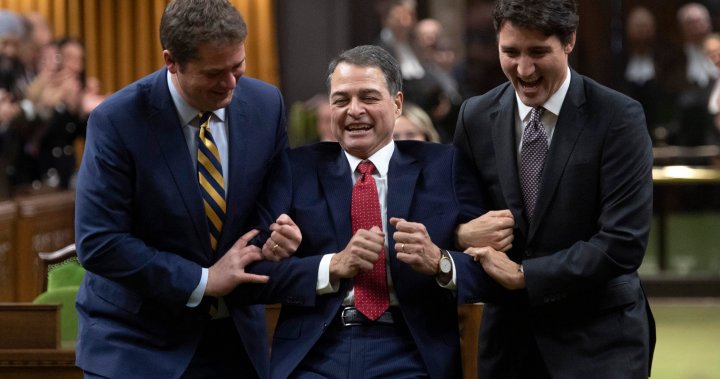 Northern Ontario Liberal MP Anthony Rota has been re-elected as the Speaker of the House of Commons.

Rota beat six others and won in the ranked ballot vote, held as the first act of business before the House of Commons as Parliament prepared to officially open on Thursday ahead of the throne speech.

It was the first job facing MPs as they returned from five months in their ridings and on the campaign trails, and the return to a second term is a gesture Rota said left him touched.

“This is something I will treasure for the rest of my life,” he told MPs in his first speech.

“I promise that I will be fair and respectful.”

As Speaker, Rota will continue to hold responsibility for interpreting the rules and traditions of the House of Commons and overseeing the daily business and proceedings.

He will not vote except in cases of a tie and will not participate in the partisan debates.

It also comes with use of the Speaker’s official residence — known as The Farm — which is located in Kingsmere in Gatineau Park.

In the role, Rota will be presiding over what seems likely to be a spirited session of Parliament, with the Liberals in a minority government following a late-summer election that saw the focus put squarely on how best to chart a course through what is hopefully the end game of the COVID-19 pandemic.

Tempers frequently flared during the last Parliament, with opposition parties frustrated with government conduct and ethical concerns, and the Speaker called upon multiple times to intervene or issue rulings.

Rota was first elected as Speaker in 2019 and during the course of the pandemic, oversaw dramatic changes to the functioning of parliamentary work to allow for virtual and hybrid sessions as officials fought to contain the spread of the virus.

He represents the Northern Ontario riding of Nipissing—Timiskaming.

2:24
Throne Speech: What led to Anthony Rota being elected the new Speaker of the House?

Throne Speech: What led to Anthony Rota being elected the new Speaker of the House? – Dec 5, 2019