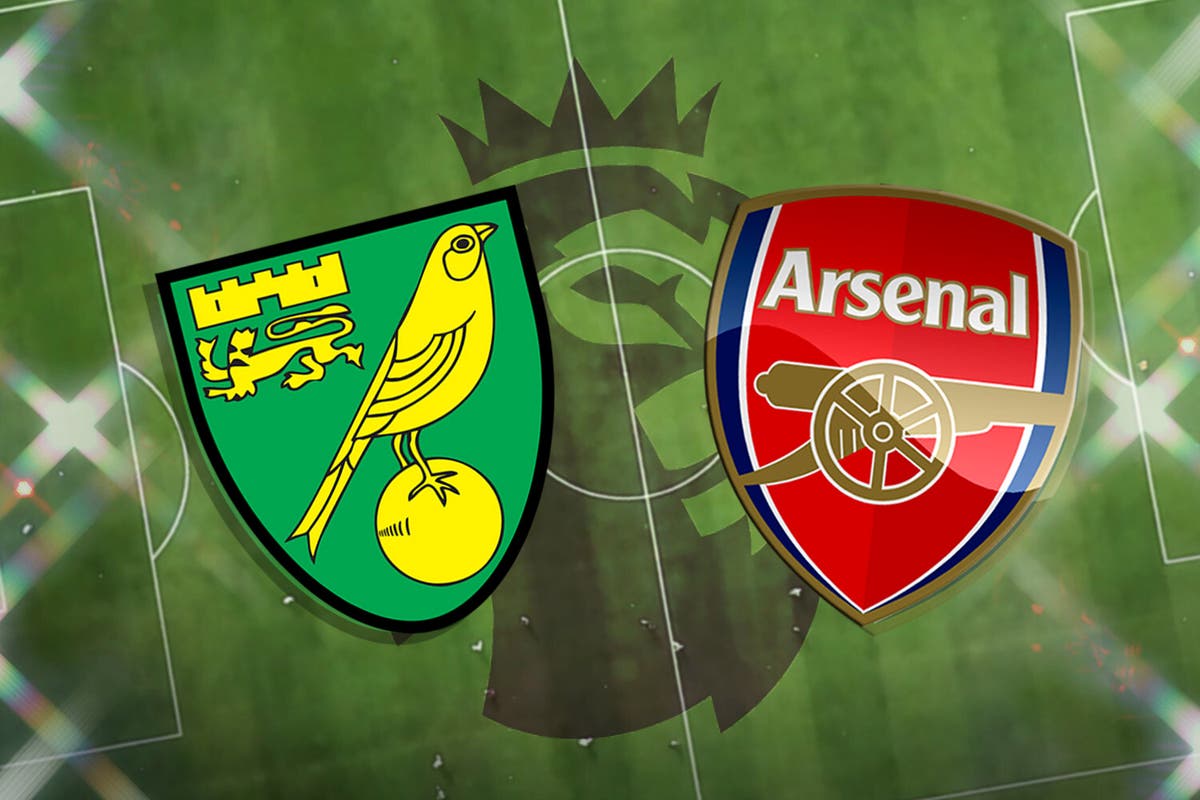 After three straight wins in the Premier League, Arsenal are looking to strengthen their position in fourth place when they travel to bottom side Norwich.

Arsenal are flying at the moment under Mikel Arteta and have opened up a four-point lead over fifth-placed West Ham.

The teams directly below them do have games in hand but the Gunners will fancy their chances of another win to put the pressure on their top-four rivals.

A win for Arsenal would move them to within three points of third-placed Chelsea, who are not in action until later on Boxing Day when they travel to Aston Villa.

Norwich go into the game off the back of three straight defeats under Dean Smith, and they have been struggling with a Covid outbreak in their squad.

With kick-off at 3pm BST, follow all the action with Simon Collings at Carrow Road and Malik Ouzia.

Emile Smith Rowe really is being made to work for his appearances at the moment. The England international was in terrific form before picking up an injury and has scored off the bench in each of his last two games after returning but is still only among the subs today.

With the quick turnaround to Wolves on the 28th, he’ll surely come into the lineup next time out.

That right-back conundrum really is remarkable for Arsenal.

They’ve got their two specialist right-backs out with Covid, plus their next two most likely deputies. It looks like Ben White will start there, which, in fairness, he has done before for Brighton.

The Canaries have only won one game against Arsenal in the last 29 years.

Arsenal looked too hot to handle versus Leeds and another away day at a struggling side should yield a similar result.

Arteta will decide whether to bring Pierre-Emerick Aubameyang back in from the cold. Aubameyang has missed the last four games since being dropped and stripped of the Arsenal captaincy following a disciplinary breach.

Arsenal made plenty of changes for their Carabao Cup win over Sunderland and they are likely to revert back to the team that beat Leeds ahead of this trip to Norwich.

A big debate for Arteta is what to do with Emile Smith Rowe as the attacking midfielder now faces competition for his spot out wide.

Gabriel Martinelli has impressed in recent games and will hope to keep his place on the left hand side.

There are also concerns over Takehiro Tomiyasu, who sustained a muscle issue at Leeds and was rested for the game against Sunderland.