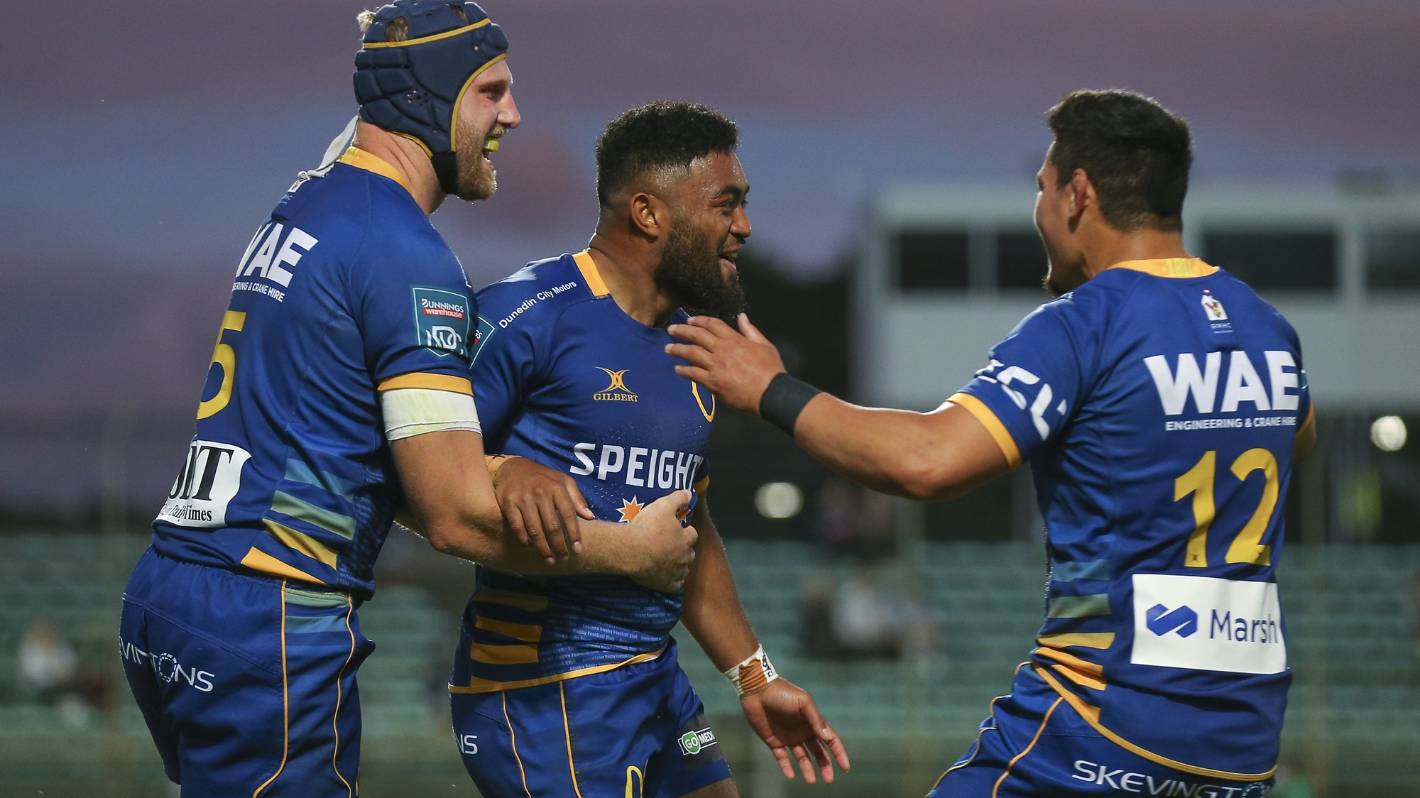 Otago have put on a scrummaging masterclass to demolish Manawatū and cruise into the NPC Championship final.

Having endured plenty of previous playoffs pain – losing five semifinals and three finals in the last nine years – the visitors to Palmerston North’s Central Energy Trust Arena had no such worries on Friday night.

Up against a Turbos side they had lost to last month at the same venue, Otago turned the tables in a huge way, thrashing the hosts 44-16 to book a spot in the decider – either away to Taranaki or at home to Southland.

Manawatū went into the match with first five-eighth Brett Cameron a late scratching, due to a head knock sustained at training, but even the classy playmaker was not going to make any difference to the onslaught that occurred up front.

READ MORE:
* All Blacks vs Ireland: Brodie Retallick cheered by ‘grump factor’ at training
* Super Rugby: Big Highlanders blow as Pari Pari Parkinson is ruled out for 2022
* ‘Who cares… sport’s not fair’: Southland not embarrassed about NPC semifinal spot

Almost immediately, the Otago front row of Josh Hohneck, Liam Coltman and 2018 three-test Wallaby Jermaine Ainsley, along with the rest of the visitors’ impressive forwards, put on a clinic at scrum time, in a truly stunning display of raw pack power.

On and on it continued, as Turbos players bent to pack, just knowing they would be helplessly marching backwards at a big rate of knots any moment later.

Any thoughts the home side had of getting back into the game, after an early second-half penalty got them back to 13-6, could be blown up in smoke as they had absolutely no platform to work off, let alone any decent accuracy with the ball.

Otago, on the other hand, despite having to make a whopping 161 tackles to the hosts’ 69, had cruisy pill to play with, and some classy finishing did the rest, as their back three gobbled up their four second-half tries between them, with Freedom Vahaakolo bagging a double.

After hitting straight back to the Turbos’ second half penalty thanks to a brilliant Kayne Hammington short ball seeing Sam Gilbert crash over, Otago went in again six minutes later for their best of the night, which sent them on their way.

First-five Josh Ioane skipped his way through the defensive line then put on a brilliant grubber for Vilimoni Koroi to latch onto and finish in the left corner.

Down 30-6, the Turbos snuck over via co-captain Brayden Iose for their first try in the 63rd minute, to give them the tiniest sniff, but Vahaakolo’s classy double in the 67th and 74th minutes slammed the door shut on that, as the winger surged onto a great James Arscott offload for his first, then went on a great run down the right touch for his second.

While all the fun was had in the second stanza, the visitors had done the graft in the opening 40, playing into the wind and opening the scoring in the 10th minute via Ioane’s tee.

After missing from handy range to tie things up two minutes later, Cameron’s late replacement Stewart Cruden then helped the visitors double their lead when he juggled a simple take and was penalised for holding on.

He did boot his side onto the board in the 26th minute, but after the Turbos turned down a shot soon after in favour of a lineout, they weren’t able to convert their opportunity, and Otago’s scrum kept getting them out of any sort of trouble.

And it was another strong shunt which finally laid on the game’s first try, in the 38th minute, with Josh Hill charging over on the back of a sustained attack.