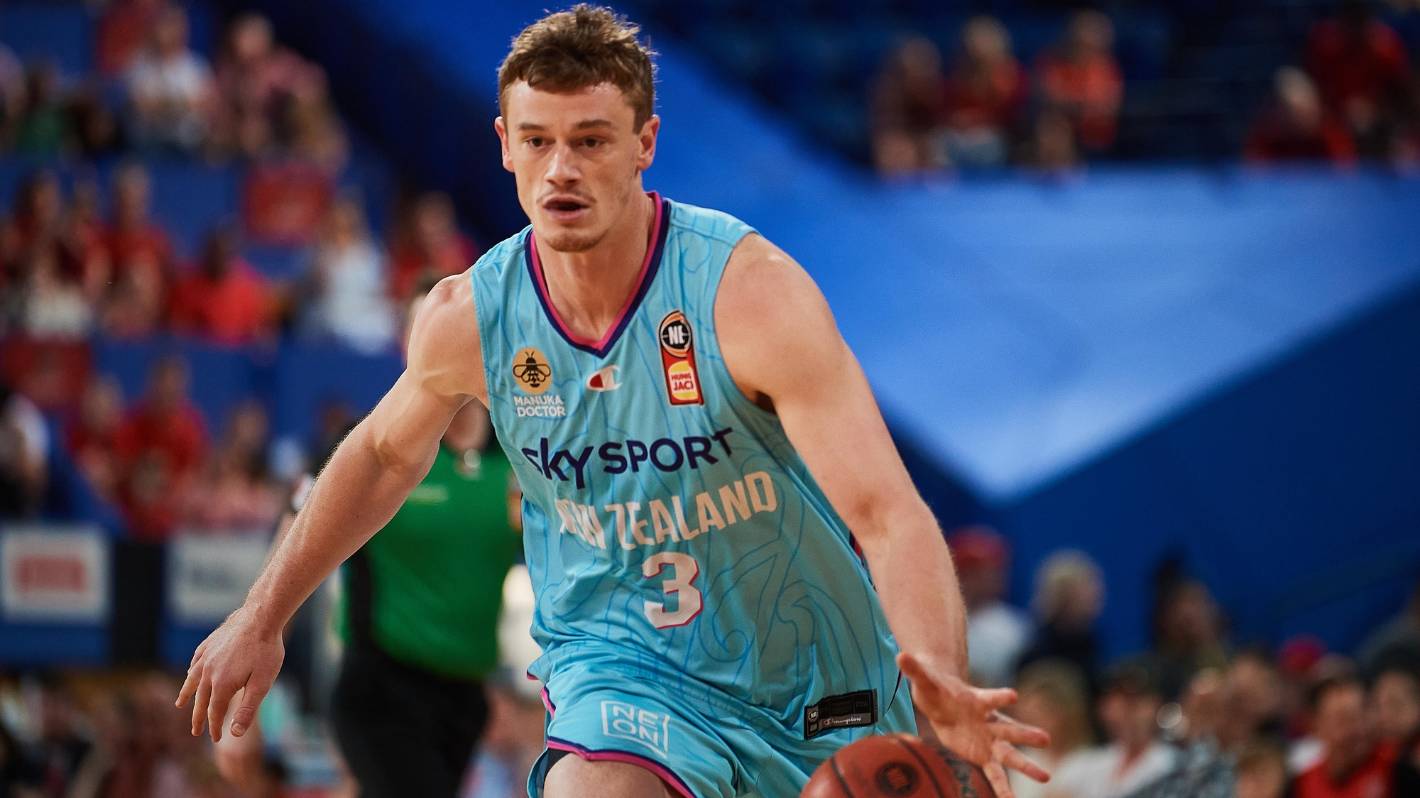 Finn Delany paced the NZ Breakers with 20 points in their pre-season opener in Melbourne.

An understandably rusty New Zealand Breakers showed glimpses of potential and plenty to work on as they opened their Australian NBL pre-season campaign with a defeat in Melbourne.

Dam Shamir’s men paid the price for their inability to contain Melbourne United’s star centre Jo Lual-Acuil as they went down 90-84 to Dean Vickerman’s defending champions from the Victorian capital.

Lual-Acuil had his way with the undermanned Breakers’ big man brigade who went into the first of four warmup games ahead of the 2021-22 regular season without star off-season pickup Yanni Wetzell who sat things out with a calf strain.

The Melbourne centre got Rob Loe into dearly foul trouble, had his way with the defensively-challenged Kyrin Galloway and met the most resistance in the form of Breakers development player Sam Timmins en route to a game-high 37 points on 13-of-18 shooting. He added 11 boards in just 29 minutes and showed he’s going to be an able starting replacement for Jock Landale who’s now plying his trade in the NBA.

Chris Goulding chipped in with 15 points (4 of 9 from deep) for the victors, while off-season pickup Brad Newley added 11 off the bench.

The Breakers, with a raft of new faces, and still in the process of figuring each other out coming out of lockdown in Auckland, looked predictably off-key in some key areas, but hung in the contest well, and showed enough promise to suggest they are going to get a lot better before too long.

Timmins showed demonstrably he’s going to be playable in the rotation, if required, and probably should get big-man minutes ahead of Galloway based on defence alone, while Martin’s ability off the bounce looked useful.

It was not quite so positive for new starting point guard Peyton Siva (a doughnut on 0-of-8 shooting and a plus/minus of minus-25), teenage French Next Star Ousmane Doing (6 points on 2-of-10 shooting) and Tom Abercrombie (scoreless and with just a single rebound in just under 24 minutes), but they still have time on their side ahead of the December 4 season tipoff.

The Breakers shot a lot of 3-balls (40) and a 22 percent hit-rate (9 made) showed they still have to get their shooting legs under them. They went at a lowly 34 percent clip overall (27 of 78), but did force 19 turnovers, and hinted at their ability to play at a faster clip. Their interior defence was well short of the mark (Melbourne won points in the paint 50-34).

Next up are Sydney United on Thursday, with every minute going to be crucial for the Kiwi outfit in a condensed pre-season buildup.