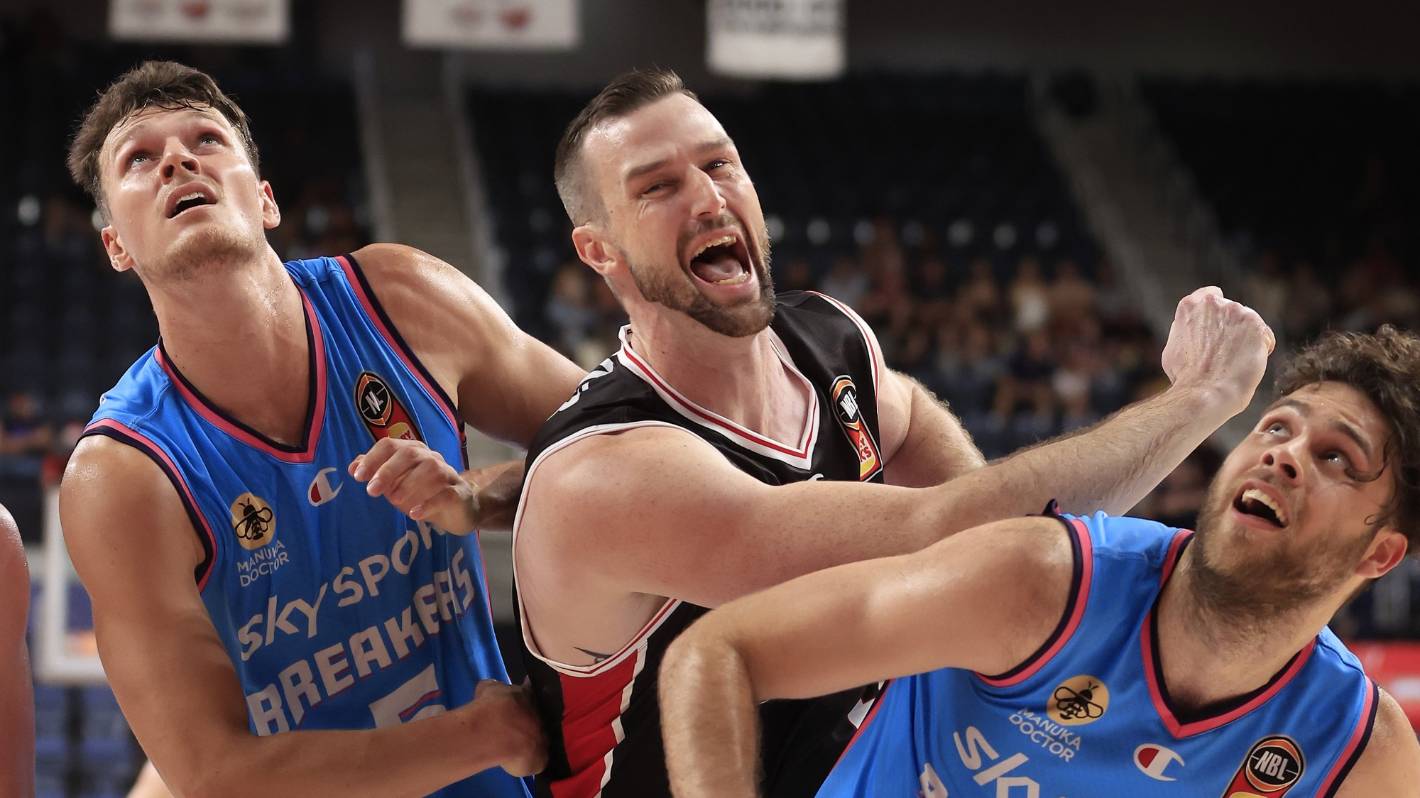 The Breakers look like they are going to have to continue jostling with the Aussies on their home courts.

The New Zealand Breakers’ and Wellington Phoenix’s hopes of playing the second half of their Aussie league seasons at home appear in tatters, while Super Rugby Pacific is on shaky ground after the New Zealand Government’s latest border announcement.

The Government on Tuesday announced its initial plan to allow fully vaccinated Kiwis and residents to enter from Australia without requiring managed isolation had been pushed back from mid-January until at least the end of February.

Even under those regulations, the Breakers, Phoenix and Super Rugby Pacific competition would have required special exemptions to allow Australian teams to enter the country to play games in New Zealand without having to undergo MIQ.

Self-isolation for travellers coming from Australia has been pushed back from mid January to the end of February.

It now seems highly unlikely that such concessions would be granted, even if the MIQ requirements were eased by the end of February, given the growing threat of the Omicron variant in the Covid-19 pandemic.

At this stage the border is slated to open to vaccinated non-Kiwis at the end of April – though that must now also be in doubt given the dramatic rise of case numbers in Australia and other parts of the world.

The Breakers had been planning to return from Australia at the end of January, and play 14 of their final 16 NBL games at home, starting February 5.

The Kiwi club, currently in Melbourne preparing for their Boxing Day clash against the Tasmania JackJumpers in Hobart, told Stuff they needed 24 hours to process the latest information before making any comment.

But the Breakers, who played 29 straight road games during a 154-day stint in Australia last season, are resigned to playing out the NBL season on the other side of the Tasman. There does not seem any way for them to host games in New Zealand under the current regular season schedule which is slated to run through the penultimate weekend in April.

The Auckland-based club has already found it tough going through the first three rounds of the new season, having to negotiate a Covid-19 outbreak, a run of injuries to key players and, now, an 0-5 start that has them on the ropes early.

Just before Hipkins made the border announcement, Phoenix head coach Ufuk Talay indicated he was resigned to the team playing a full season in Australia.

The Phoenix men had originally been looking at staging up to nine matches in New Zealand from January 29 while the Phoenix women were aiming to play two to three games as double-headers with the men.

“Everyone is hoping that we do come back, but I honestly can’t see that happening at all with the way things are going,” Talay said.

New Zealand Rugby were making no comment on latest border developments, saying Tuesday’s announcement had not changed the situation regarding Super Rugby Pacific.

Head of professional rugby Chris Lendrum has already indicated that the competition was now likely to be front-loaded with “local” games in New Zealand and Australia, with cross-border clashes to follow as borders reopen. They have said they hope to have the new draw out before Christmas, and are still working to that timeline.

Given the volatility of the situation, and the New Zealand Government’s hesitancy in opening borders, even that might be an optimistic proposition.