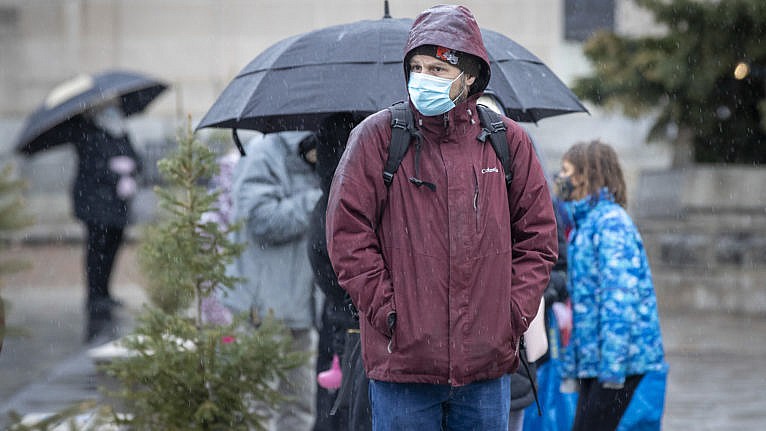 Politics Insider for Dec. 16, 2021: Feds scrambling over Omicron; Booster shots in Ontario; and no more gathering restrictions for unvaxxed Albertans

The federal government announced a new travel advisory on Wednesday, as news about omicron got scarier, but behind the scenes the feds were scrambling to put in place a new plan to manage travel ahead of the Christmas holidays, Justin Ling writes in Maclean’s.

Sources who spoke to Maclean’s say cabinet was briefed Tuesday by at least two departments on how it might ramp up testing in time for the holiday rush—but both warned the plan to test everyone arriving in Canada’s airports was practically impossible.

Ottawa considered other measures, but there was little enthusiasm in provincial capitals.

Ottawa further considered the idea of banning foreign nationals from coming into the country for non-essential purposes; to reimpose the 14-day mandatory quarantine for travellers, regardless of vaccination status; and to end the testing exemption for those making trips of under 72-hours to the United States. One source with second-hand knowledge of the call said those proposals went over poorly with the premiers. A second source confirmed that there was “not much enthusiasm” from the premiers. On Wednesday afternoon, Alberta Premier Jason Kenney said additional travel measures would be ineffective at this point.

More boosters: In Ontario, Doug Ford announced the province will expand eligibility for booster shots and is limiting capacity in some indoor spaces as cases of the Omicron variant surge. CTV reports:

“I need you to book your booster as soon as you’re able to because we know without a shadow of a doubt that these vaccines work and boosters are the best way to prevent the worst,” Premier Doug Ford said Wednesday. “Everyone has a role to play in the next phase of our provincial COVID response. It’s all hands on deck and it starts with booster shots.”

Steady as she goes: Jason Kenney announced Wednesday that Alberta will allow more than two families to gather for Christmas and is no longer placing additional gathering restrictions on the un-vaxxed, the Edmonton Journal reports.

Kenney said the limit of 10 adults per indoor gathering total will remain but there will no longer be limits on the number of households that can be included. He said the previous rules that prevented unvaccinated Albertans from gathering were leading to “widespread non-compliance” so those are being eliminated.

Spreading: Patrick Lagacé, writing (translation) in La Presse, which elsewhere featured a report Wednesday night of a hospital outbreak, is unimpressed by provincial guidelines allowing up to 20 people at holiday parties, and offers a personal plan to cut the omicron risk.

Translation: At 10 days before Christmas, the situation being what it is, I personally don’t need the state to tell me how many people I can or cannot host at home. The answer is simple: as few as possible. Not zero. But as few as possible. We open the windows, we ventilate, we have two small parties rather than one medium-large; three rather than two. In short, you flatten the risk curve yourself, notwithstanding government directives.

Travel plans: CP reports that CPC MPs will be free to travel internationally over the holidays while their Liberal and NDP counterparts must stay home, reminding us of last year’s impolitic holiday jaunts. After the government issued a new advisory, Liberal and NDP party bosses have instructed their MPs to stay in Canada, while Erin O’Toole’s office said the advisory offers advice, which means CPC MPs “can continue to travel internationally.”

Against Quebec bashing: Writing in the Post, André Pratte warns that English Canadian objections to Bill 21 will strengthen the hand of Quebec separatists.

All this noise now allows the distinct society’s nationalists to claim that the province is again subject to “Québec bashing.” As always when under “attack,” Quebecers will rally behind their government. Bill 21 will become even more entrenched into Québécois identity. Attempting to amend it, following a Supreme Court decision for example, will be impossible for any future government of the province.

Lack of leadership: In the Star, Althia Raj checks in with Brampton Mayor Patrick Brown and a number of other people who think federal politicians ought to be rushing to the ramparts to defend the Charter.

Pressure: CP has a report on MPs and senators from several parties who are pushing their parties to take a firmer stand.