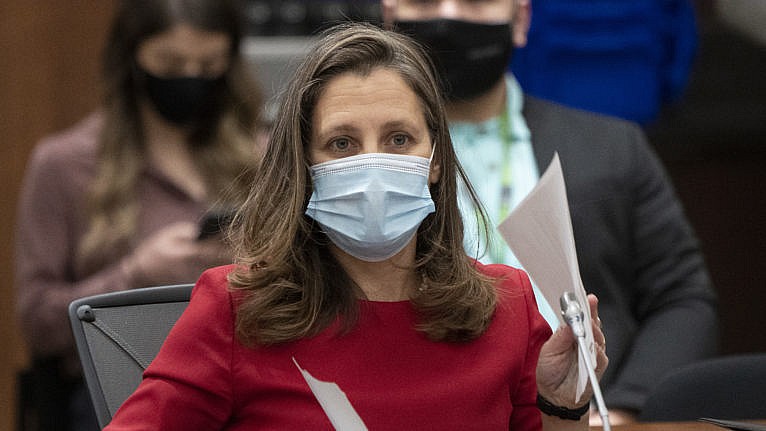 The Canada Revenue Agency and the government of Quebec shut down websites as a preventative measure after receiving a cyberattack threat, the Globe reports.

The Canada Revenue Agency said Sunday that it became aware on Friday of a security vulnerability:  “As a precaution, we proactively decided to take our online services offline while we work to secure our systems against potential threats.”

At a news conference, Quebec’s minister of digital transformation said the province was made aware of the threat on Friday and has since been working to identify which websites are at risk, one by one, before putting them back online. “We’re kind of looking for a needle in a haystack,” Eric Caire said, in Quebec City, “Not knowing which websites use the [affected] software, we decided to shut them all.”

On Monday morning, the Canada Revenue Agency said on Twitter that “most of [its] digital services are now available.”

Ottawa undoes testing snub: Ottawa dropped a travel rule that had rejected COVID-19 tests from South Africa over the weekend, the Globe reports.

No reason was provided for the change of policy, which was communicated in e-mails to Canadian citizens in South Africa and in an amendment to the online version of the Canadian border rules. Canadians in the other nine African countries under the travel ban will still have to follow the third-country rule, although now they will have the option of getting the test in South Africa.

The rule had been denounced by the head of the World Health Organization and was widely seen as an unfair and irrational snub.

Pressure on Freeland: Opposition politicians are pressing the Liberals to address inflation and the cost of living ahead of tomorrow’s fiscal update, CBC reports.

The Conservatives are calling on the Liberals to freeze tax increases and introduce a plan to phase out deficit spending. “Our demands are very simple: less tax, less deficits, less inflation,” said Pierre Poilievre on Sunday. Earlier in the week, Jagmeet Singh said he wants to see the Liberals address inflation by targeting housing speculation and investing in affordable housing.

Don’t expect much: Economists are not expecting much new spending to be announced on Tuesday, they tell CP.

Not a budget: In the Star, Heather Scoffield writes that with a political fight looming with the Conservatives over economic policy, the Liberals are unlikely to want to spend freely.

Don’t blame politicians: the former Bank of Canada (BoC) governor told Global Sunday that politicians don’t deserve blame for inflation.  Stephen Poloz said that Canada’s pandemic spending was wise: “Aren’t we lucky that the policies worked well to prevent the second Great Depression, which is what many economists were worried about when we first encountered the COVID-19 shock.”

Rates going up: The CEO of the CD Howe Institute has an opinion piece in the Globe predicting that interest rates are going to go up.

Ng discussed a letter she co-signed with Chrystia Freeland threatening retaliatory tariffs: “What my hope is, is that we are not going to have to do this at all but what is really important is that Canada prepare for the worst.”

Biden’s tax credit would give consumers up to $12,500 if they purchase a U.S. union-made electric vehicle. The letter was sent to U.S. senate leadership late Friday evening, as another means to change the position of the Biden administration in favour of Canada’s auto sector.

Avoiding a fight: In the Star, Chantal Hebert considers whether Justin Trudeau and Erin O’Toole will seek to defy Francois Legault by getting involved in the battle over Bill 21, which has been in the headlines since a hijab-wearing Chelsea teacher  was removed from the classroom. Hebert is not sure either of them will pick a fight with the premiers, but thinks Trudeau is more likely to get involved than O’Toole.

But in an election year, (Legault) would probably relish casting himself as a champion of Quebec’s securalism consensus against a meddling federal government. On balance, Trudeau’s Quebec caucus would be much more likely to follow his lead and take a more combative stance on Bill 21 than O’Toole’s.

An unwelcome debate: In Maclean’s Paul Wells notes that the debate over this law is not welcomed by party leadership, and points out that members of O’Toole’s caucus who have spoken may be doing so in part because of leadership dynamics.

When four Conservative MPs tweeted within minutes about their renewed love of freedom, it was hard to escape the suspicion that there’s something else going on. Perhaps this: those Conservatives are not, by and large, conspicuous Erin O’Toole fans, and many come from ridings where much of the Conservative voter base is spitting mad at O’Toole for perceived softness on vaccine mandates

‘Reasons of resistance’: In the Post, Colby Cosh considers the comments of the teacher in question, who, he observes, appears to be taking on this battle for solid reasons.

God help us if our country runs out of people who are willing to say “I could take or leave this piece of attire, but since you want me to remove it, you’ll have to cut it off my corpse.”

Strong CAQ: In Maclean’s, Philippe J. Fournier writes about a recent Quebec poll that shows CAQ sitting pretty and the provincial Liberals in a “distant second place, far behind the CAQ, with just 20 per cent of voting intentions, five points below its historically disastrous 2018 result.”

Terrible performance: In the Post, Chris Selley asks some tough questions about the terrible performance of the federal government in managing quarantine measures for Canadians, and measures to keep temporary foreign workers safe.

The incompetence laid bare in (auditor general’s) reports this week is so all-pervading that it’s difficult even to start arguing what should be done about it. You can’t fix decades of yawning complacency in a year and a half, even in extremis.

Too far: Global has a disturbing article about anti-vaxxers hanging effigies of politicians in British Columbia last week.

Also too far: At the other end of the country, the premier of P.E.I. has spoken out about a protest outside the home of the chief public health Officer, CTV reports.