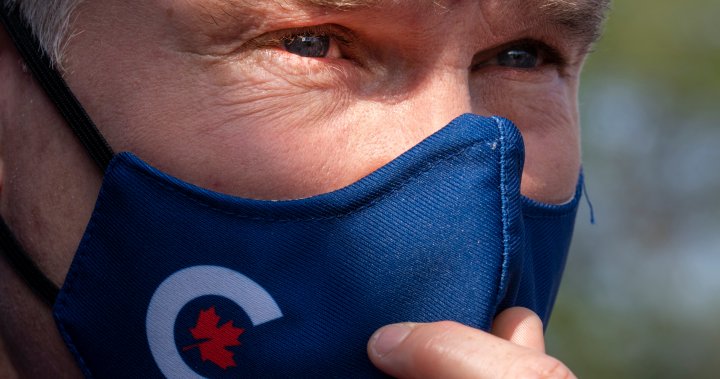 A Saskatchewan senator’s petition to force Erin O’Toole to face a leadership review is part of a coordinated campaign to oust the Conservative leader, sources tell Global News.

Sen. Denise Batters launched a petition Monday to give the Conservative rank-and-file a say in O’Toole’s continued leadership of the party, ahead of the party’s 2023 convention.

The Harper-appointed senator is close to former leader Andrew Scheer, and backed Peter MacKay in the party’s 2020 leadership race.

But multiple sources told Global News that her petition is part of a “multi-step” campaign that includes MPs and senators, as well as current and former party officials that want O’Toole gone after September’s disappointing election results.

“This is part of multi-step campaign. This will unfold over the next three months, really over the next six months,” said one Conservative MP, who agreed to speak to Global News on the condition they not be named. A second source corroborated the MP’s account.

Both sources said Conservative activists are expected to publicly endorse the petition in the near future. The MP said that the group has taken steps to ensure they can verify that people who sign the petition are members of the Conservative party.

“If it gets to a critical mass, national council will be forced to act,” the MP said.

Batters did not respond to Global News’ request for comment Monday. Neither did O’Toole’s office, when asked if they have any response to the petition.

The caucus source previously said the anti-O’Toole faction within the party would not move until they believed they had a “critical mass” of Conservative members behind them.

“There are significant number of caucus members as well as both past and current riding presidents, and riding officials across the country as well as former national councillors that are engaged in this,” said the MP.

Conservative activists can force a leadership review with the support of five per cent of party members in at least five provinces. O’Toole is currently scheduled to face party members at a scheduled convention in 2023 — but in a minority parliament, that’s at best months away from a general election.

O’Toole has been working to salvage his leadership after leading them to 118 seats in September’s general election, the party’s third straight loss against Justin Trudeau’s Liberals. While Canadians sent a similar Parliament back to Ottawa, the Tories lost ground in urban and suburban centres around Toronto and Vancouver — regions that O’Toole repeatedly promised he could win.

Hours after their defeat, a senior source close to O’Toole said the Conservative leader would encourage caucus to adopt the Reform Act, which gave MPs the ability to launch a leadership review at any time.

According to Conservative sources, the play was meant to focus power in the Conservative caucus’ hands, rather than try to douse every fire in the broader movement.

O’Toole is now battling a fire set by a member of his own caucus.

Three MPs who spoke to Global News Monday expressed frustration with the “ringleaders” of the anti-O’Toole faction within caucus, and said Batters’ petition is a needless distraction when the party is gearing up to take on Trudeau’s Liberals in the House of Commons next week.

“It’s certainly very frustrating and disappointing to see colleagues not being loyal to the team,” one MP, who backs O’Toole’s leadership, said.

“There’s huge issues the country is facing, we haven’t sat in Parliament for six months, the cost of living is skyrocketing … It’s just so ridiculous and disappointing to see any member of our caucus, appointed or elected, to be doing this. I just find it shameful.”

That sentiment was echoed by Michelle Rempel Garner, one of the party’s most prominent voices, in a public statement on Twitter Monday afternoon.

“There will always be differences in a party, but … we will never overcome the Liberals if we’re in open public warfare with each other,” Rempel Garner, who has been a vocal backer of O’Toole, wrote.

“I’m so profoundly disappointed in this. Every Canadian will be focused on this for the next month instead of anything we do in the House. I ask my colleague to withdraw this petition, have it out in caucus instead, and for the good of Canada let us MPs get back to work.”

O’Toole is scheduled to face the Conservative caucus on Wednesday.

Batherson wrote that party rules dictate that national council can only launch a leadership selection process in the event of a leader’s death, retirement or resignation, or if more than 50 per cent of delegates at a national convention vote in favour of selecting a new leader. The party is not scheduled to host a national convention until 2023.