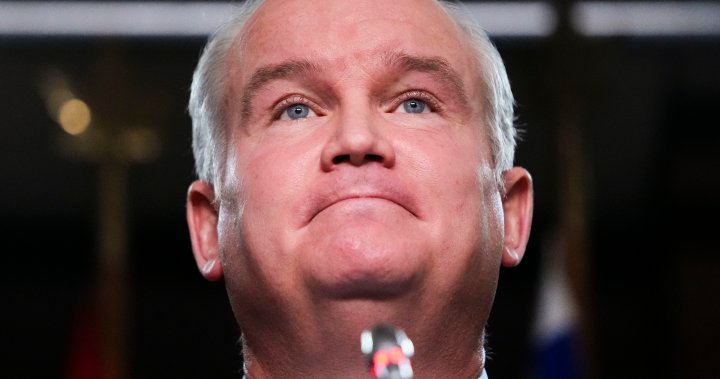 Conservative Leader Erin O’Toole is facing a new challenge in his bid to hold onto the party leadership.

Prominent Tory Sen. Denise Batters has launched a petition calling for a leadership review within six months, specifically pointing to O’Toole’s loss of the 2021 federal election and his party policy reversals during the campaign.

He reversed core policies without input from members & caucus, then lost #Elxn44 by every measure.

Our members deserve to have a say!
Sign at: https://t.co/u20cvWmiJ6
VIDEO: pic.twitter.com/GLPyfC0X3w

Batters said the petition is needed because O’Toole “reversed core policies” without input from either party members or caucus, and proceeded to lose the election.

“Conservative activists and members across Canada are supporting this petition because Erin O’Toole has reversed his own positions from his leadership campaign, betrayed Conservative principles, lost seats in the election, and cannot win the next election,” the petition states.

Just last week, the Conservative party pushed a member of its national council to turn over communication records related to a bid to oust O’Toole as leader in what the councillor’s lawyer has deemed an “unprecedented campaign” to “thwart dissenting views.”