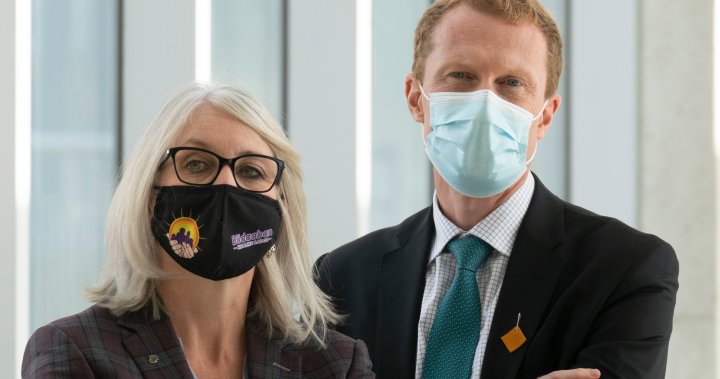 The Liberal government has just two days to decide whether it will once again appeal a court order — one that told the government to both compensate and provide services to Indigenous children.

“The government is at a crossroads and so is the country,” said the Child and Family Caring Society’s Cindy Blackstock in an emailed statement.

“Ottawa can continue to fight legal orders to end 154 years of discriminatory public services for First Nations children or it can put down its rusty legal sword, end the discrimination and reform the government so it does not happen again.”

The government has until Friday to decide whether to drop the legal battle, which centers around two different rulings.

The first is a Canadian Human Rights Tribunal ruling from September 2019, which found the federal government “willfully and recklessly” discriminated against Indigenous children living on reserve through the underfunding of services.

As a form of redress for this discrimination, the Tribunal ordered Ottawa to pay $40,000 each to roughly 50,000 First Nations children and their relatives.

1:01
More children in care of the state today than during residential school era: Blackstock

More children in care of the state today than during residential school era: Blackstock – Jun 26, 2021

The second ruling is from November 2020. It expanded the scope of Jordan’s Principle — a rule that pledges to provide First Nations children with the services they need when they need them, rather than compartmentalizing the services – taking the time to sort out which level of government is responsible for the cost.

The next step would be the Supreme Court of Canada.

Indigenous Services Minister Patty Hajdu’s office said in a statement Wednesday that Canada is engaged in “a broad review” of the rulings and will share its decision about the appeal “in due course.”

“Canada remains committed to compensating First Nations children who were removed from their families and communities and to continue implementing significant reform of the First Nation Child and Family Services Program, recognizing that class actions have been filed, including by the Assembly of First Nations and Moushoom,” the statement said.

The federal government says it has “accepted the finding of systemic discrimination” from the Tribunal, but that this litigation is a matter of needing “to work out the modalities of that.”

“It is a complex decision. I can tell you that most lawyers would have difficulty understanding the complexities of it,” said Justice Minister David Lametti, speaking to reporters on Wednesday.

“There are a number of different considerations. We’re trying to take them all into account and we’ll have a decision in the coming days.”

Pam Palmater, a Mi’kmaq lawyer, professor and activist, pushed back on the idea that the decision is a tough one.

“There is simply no justification for continuing with litigation,” she said.

“It’s about time that you came forward and showed us a sign of good faith, put actions to your words and stop litigating against these kids.”

If the government decides not to appeal the decision, all First Nations children living off-reserve would continue to be eligible for Jordan’s Principle. The compensation order would also be set in stone.

Canada would have 10 days to meet with Caring Society and the Assembly of First Nations — its opponents in the legal battle — to begin hiring an independent administrator to distribute the funds to victims. The victims who are children will have their funds held in trust, according to Blackstock.

“The decision not to litigate and to actually comply with all of the rulings to date would be significant,” Palmater agreed.

However, even if the government opts not to appeal the rulings any further, the court battles between the government and Indigenous communities seeking to fulfill CHRT rulings won’t be over.

That’s because the government is already appealing another, separate Tribunal ruling, according to Blackstock, and this one relates to infrastructure.

“Canada filed an appeal of another CHRT order providing safe buildings for families and kids to get services in,” Blackstock told Global News.

“Regardless of what happens on Friday, we have to deal with that appeal and ongoing lack of compliance with the Tribunal’s other orders to end the discrimination.”

There is “good news,” though, according to Blackstock.

“There is a clear path forward,” she said.

To follow that path, Blackstock said, the government will need to do three things: stop the appeals, comply with the court rulings, and implement “the evidence-informed solutions” to end discrimination against Indigenous people in Canada.

“Canadians are ready for truth, justice and reconciliation and when the government makes the decision to appeal or not – we will all know where they stand too,” Blackstock said.

“I will never give up until the children get justice.”