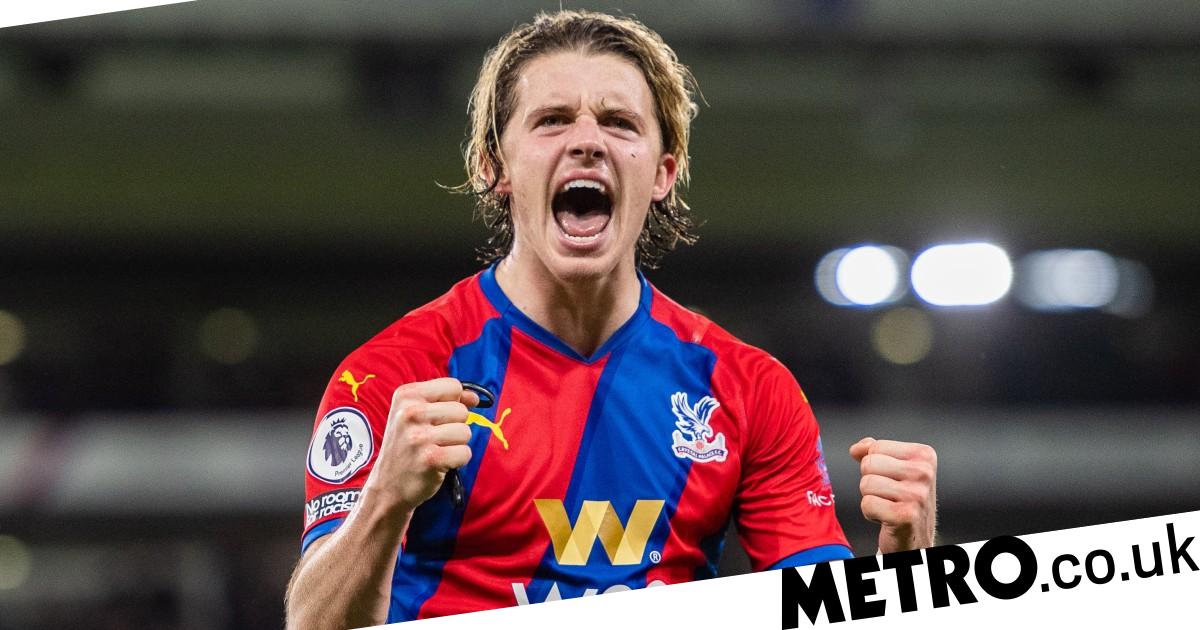 Patrick Vieira heaped praise on Conor Gallagher after the midfielder scored a brace in Crystal Palace’s 3-1 win over Everton and said the youngster’s biggest ‘challenge’ going forward will be maintaining his current level.

Gallagher swept the ball past Jordan Pickford to break the deadlock in the 41st minute before James Tomkins doubled Palace’s advantage from close range on the hour-mark at Selhurst Park.

The Toffees were handed a lifeline as Salomon Rondon reduced the deficit with 20 minutes remaining but Gallagher put the game to bed with a stunning 20-yard finish in stoppage time, his sixth goal of the Premier League campaign.

The England international, who has also provided three assists since joining Palace on loan from Chelsea, has quickly won Vieira over with his lung-busting performances in the middle of the park and it’s clear Thomas Tuchel is also an admirer.

However, Vieira, keen to keep Gallagher’s feet firmly on the ground, urged the 21-year-old to continue with the same attitude and work-rate to ensure he is able to live up to expectations.

‘The challenge for him is to maintain that level to fulfil his expectation.

‘Today, he was fantastic, and when the team plays at that level, it allows him and some of the players to express themselves.

‘We as a team have to play to a style that allows those types of players to score and take their chances.’

Palace had lost three games on the bounce in the English top flight prior to Sunday’s victory over Everton and Vieira admitted it was an ‘important’ result for the mood in his dressing room.

On Palace securing maximum points, the Frenchman added: ‘It was an important win for us – we needed it.

‘It’s showing that the process of the way we want to play, even when we lose a game, is really good.

‘There were a lot of positives to take from those games that we didn’t win, and today we showed concentration. I was really pleased with the team performance.’

Speaking to Sky Sports in his post-match interview, Gallagher claimed his superb late strike was the ‘perfect’ way to settle the contest after a ‘fantastic’ team display.

‘It was definitely the perfect way to settle it. I feel like it was a fantastic performance,’ he said.

‘Obviously, conceding the goal made it a nervy last 20 minutes, but defended brilliantly and the goal in the end just killed off the game. It was great.

‘This game was massive for us. We had lost the last three so to get three points today was really important.

‘I felt like the performance today was brilliant and to get three points is unreal.’

Asked where his goalscoring form has come from, Gallagher joked: ‘Some good finishing!

‘The last one, that feeling is incredible. I won the ball back and I had Christian right behind me, telling me to leave it and there was no chance I was leaving it.’