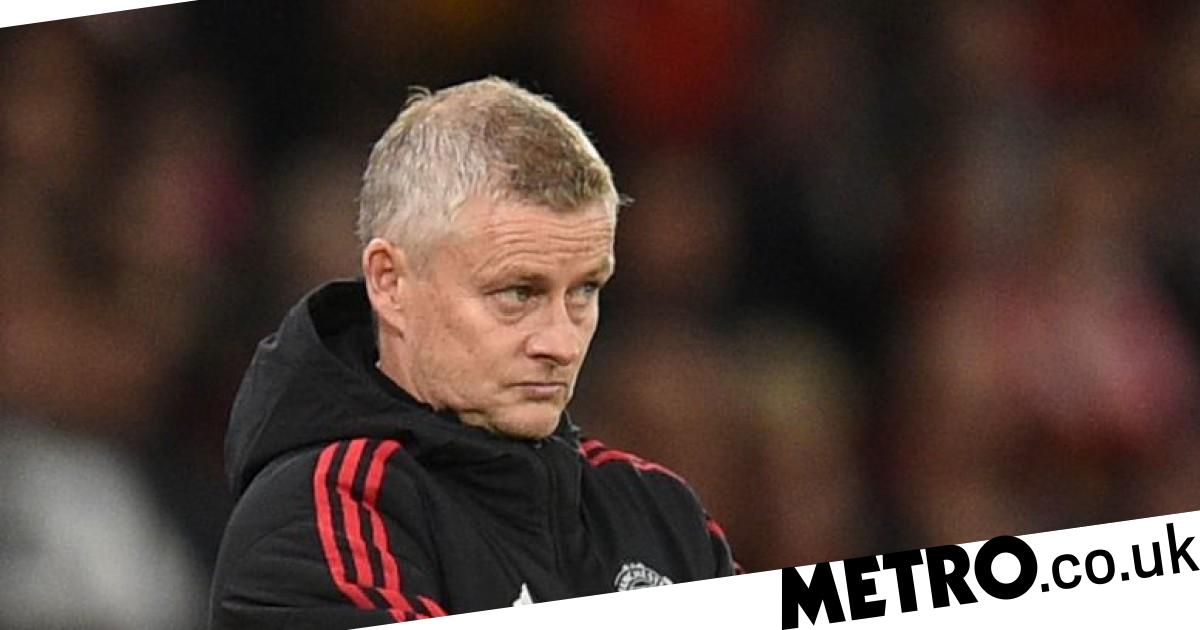 Manchester United’s rivals will be hoping they beat Tottenham on Saturday in order for Ole Gunnar Solskjaer to keep his job, according to Paul Merson.

But Solskjaer will be in the dugout when United travel away to Tottenham on Saturday, with the Norwegian safe in his current post for the time being.

The likes of Antonio Conte, Mauricio Pochettino and Brendan Rodgers have all been mooted as potential replacements for Solskjaer, should the 48-year-old be relieved of his duties.

United are currently down in seventh place in the Premier League table after losing three of their last four games, and Arsenal hero Merson thinks their Premier League rivals will want Solskjaer to stick around at Old Trafford.

‘Everybody in and around the race for the top four and Europe – West Ham, Arsenal, Leicester – will be sweating on Manchester United winning at Tottenham,’ Merson told Sky Sports.

‘The damning thing is they will want Manchester United to win so that Solskjaer stays.

‘You’ve only got to look at Chelsea since Thomas Tuchel has come in – they won the Champions League and now they are title favourites – see what an impact a new manager could have.’

Although Merson can envisage United bouncing back against Tottenham this weekend, he is of the opinion that the club are ‘going around in circles’ under Solskjaer.

‘I’m not sure if Saturday’s game at Tottenham is must-win for Manchester United.

‘If it is, and the club are keeping a manager in place with his future hanging perilously before every game, is that the right way of doing things? You cannot keep a manager’s job on the line before every game because you’ve got to ask where is the club going?

‘But you just know what’s going to happen. Manchester United will beat Tottenham, everything will be alright for another week. Then they might get a result at Atalanta, then they will probably get beat against Manchester City.

‘Manchester United are going around in circles. People keep saying they have improved under Solskjaer, but what do you mean by ‘improved’?

‘This is Manchester United, they are there to win the league, not to make the numbers up or finish second. Second is no good to them.’