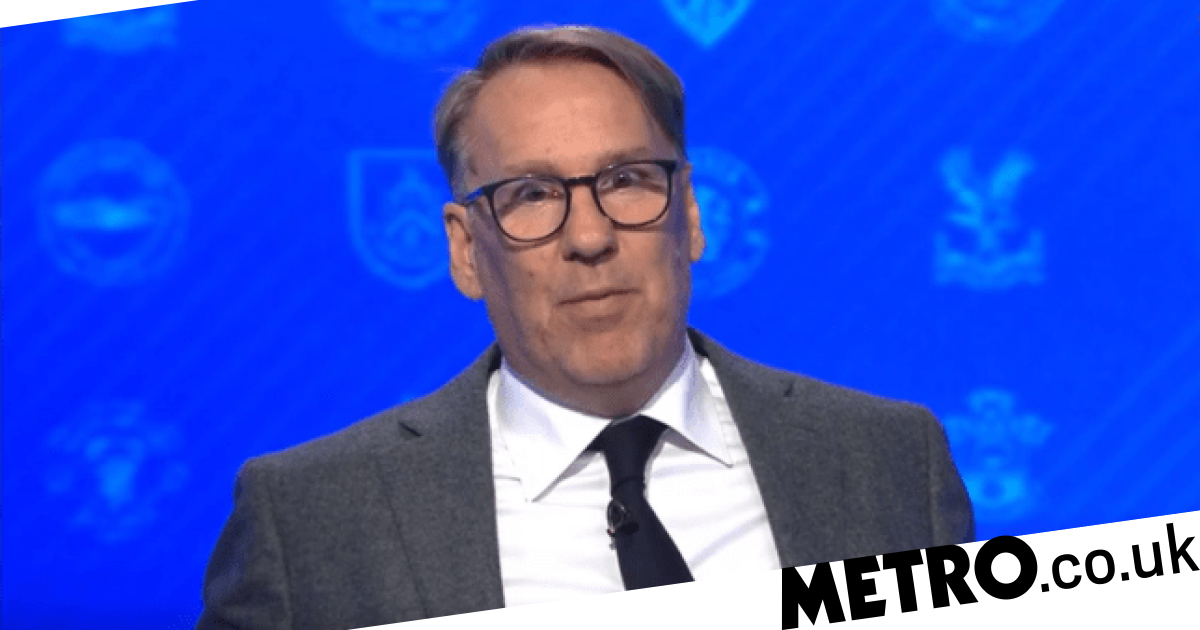 Paul Merson has made his predictions for this weekend’s Premier League fixtures, including Arsenal’s trip to Liverpool, Manchester United’s visit to Watford and Chelsea’s clash with Leicester City.

Mikel Arteta’s side travel to Anfield on the back of a 10-match unbeaten run in all competitions, having started the campaign with three successive Premier League defeats.

Liverpool are in much need of a win, after only picking up one point from their last two matches against West Ham and Brighton, to find themselves just one place and two points above the Gunners.

Elsewhere, struggling Manchester United travel to Vicarage Road to take on Claudio Ranieri’s Watford, who currently sit one place above the relegation zone after suffering back to back 1-0 defeats against Southampton and Arsenal.

Current league leaders Chelsea will be looking to continue their fine form which has seen them lose just once in the opening 11 matches, when they take on Leicester City at the King Power Stadium in Saturday’s early kick-off.

Merson predicts Liverpool and Arsenal to share the spoils at Anfield and has made his predictions for all of the Premier League matches for Sportskeeda.

When you come back from an international break, it’s always a bit of a leveller for the teams in the Premier League.

It’s a tough game for Chelsea, but the truth is Leicester City aren’t in great form and there’s a lot going on at the club at the moment.

There’s so much talk about Brendan Rodgers potentially replacing Ole Gunnar Solskjaer at Manchester United, so will it unsettle them?

They were well beaten by Arsenal and need to return to their best to have a realistic chance of going toe-to-toe with Chelsea.

I’m going to go for a Chelsea win. They were by far the better team against Burnley but weren’t ruthless enough in front of goal.

The Premier League will come back and bite you in the backside if you don’t take your chances and that was exactly the case with Chelsea before the international break.

They have a lot of injured players at the moment, but Chelsea’s squad is massive and they should be able to cope.

It’s going to be a huge moment for Steven Gerrard as he takes charge of his first game as a Premier League manager.

I felt Aston Villa were a bit hard on Dean Smith, but he’s gone now and it’s an opportunity for Gerrard to prove his worth.

He’s got a good squad at his disposal and will be expected to hit the ground running immediately after a fantastic spell with Rangers.

This is a hard game for Villa as Brighton haven’t been the easiest team to face in the Premier League this season, so I think it’ll end all square.

This is a massive game of football in the Premier League. Newcastle United finally have a new manager in Eddie Howe and they have three winnable games at home coming up.

If they don’t get at least seven points in this period, they’ll get relegated.

They have a terrible run of games after that, so they’ll have to make the most of this one.

I fancy them to get a narrow victory at home against Brentford.

Crystal Palace are doing brilliantly under Patrick Vieira, I’ve really liked watching them in the Premier League this season.

They have pace, skill and lots of energy in the team and judging by what we’ve seen so far, I fancy them to keep it going.

Burnley are also coming on the back of a positive result against Chelsea, but they got absolutely battered on the night despite nicking a draw.

They hung in there ultimately, so it was a good point for them. I expect Palace to win this one and keep their good run going in the Premier League.

This is a perfect game for Ole Gunnar Solskjaer to get his side back to winning ways, so you have to go for a Manchester United win here.

It’s a nice, winnable fixture for them, but it has to be said that it just prolongs the inevitable.

Manchester United had two shocking results in the Premier League against Liverpool and Manchester City, but they beat Tottenham Hotspur in the middle.

Now, they’ll beat Watford this weekend and it’ll just cover over the cracks, but in the long run, they’re going nowhere. Absolutely nowhere.

They will beat Watford and move on, but will they beat Villarreal? I don’t think so.

Even a draw guarantees them qualification, but they aren’t going to win the UEFA Champions League, are they?

I think Manchester United will win here and rather comfortably. That said, I predict it to be a harder game than what was the case against Tottenham Hotspur, believe it or not.

Cristiano Ronaldo and Edinson Cavani have done well together upfront and could once again be chosen to lead the line by Solskjaer.

West Ham United have been outstanding this season in the Premier League and are coming on the back of a deserved victory against Liverpool.

They are starting to believe they can secure a top-four finish and it just goes to show how far they’ve come under David Moyes.

Considering how well West Ham have done so far, these are the games you have to win to secure a UEFA Champions League spot, with all due respect to Wolves.

I expect them to get three points once again and keep their good run of form going.

This is a good game and a slightly tough one to call. Norwich City got their first win of the season but Daniel Farke was sacked despite the result, with Dean Smith taking over the reins at Carrow Road.

They are rock bottom, but it could be argued that Norwich have been slightly unlucky this season, especially in their Premier League encounter against Leeds United.

Southampton are an up-and-down kind of team, making their games hard to predict.

I’m going for a Norwich win in Dean Smith’s first game in charge of the club.

This is most definitely the game of the Premier League weekend and a big one for both teams. Liverpool are trying to win the league and have to bounce back from their defeat against West Ham.

Arsenal, on the other hand, are flying a little bit and are on a run, but they won’t want to be billed as flat-track bullies.

They need to get a result here against one of the best teams in the country and even if they don’t, there are ways to lose a football match.

I’ve said since the start of the season that if Arsenal keep their starting XI fit, they can get top four.

Judging by the aspirations of the two clubs, a draw would be good for Arsenal, while Liverpool will be unhappy with it as they are trying to win the Premier League.

However, I predict the two sides to share the spoils at Anfield.

Everton are struggling at the moment and are stuck in a bit of a rut.

Ahead of this game, I can’t see anything other than a Manchester City win and I expect them to score a few goals as well.

They are still amongst the best sides in the country and are once again gunning for the Premier League title, so they should be winning games like this.

That said, I still think Chelsea are title favourites, at the moment at least.

Manchester City play a false nine at times and I’m not sure if I like that, as ultimately, the absence of a reliable nine will come back to haunt them.

I’d be really shocked if Harry Kane doesn’t score in this game. The international break was really good for him – it doesn’t get any better than seven goals from two games.

It could turn out to be the kick-start he needs to get his scoring boots on in the Premier League and the way Leeds United play could also work in his favour.

I’m going for a 2-0 Tottenham win in Antonio Conte’s first home game in charge of the club, with Kane continuing his fine form by scoring both goals.