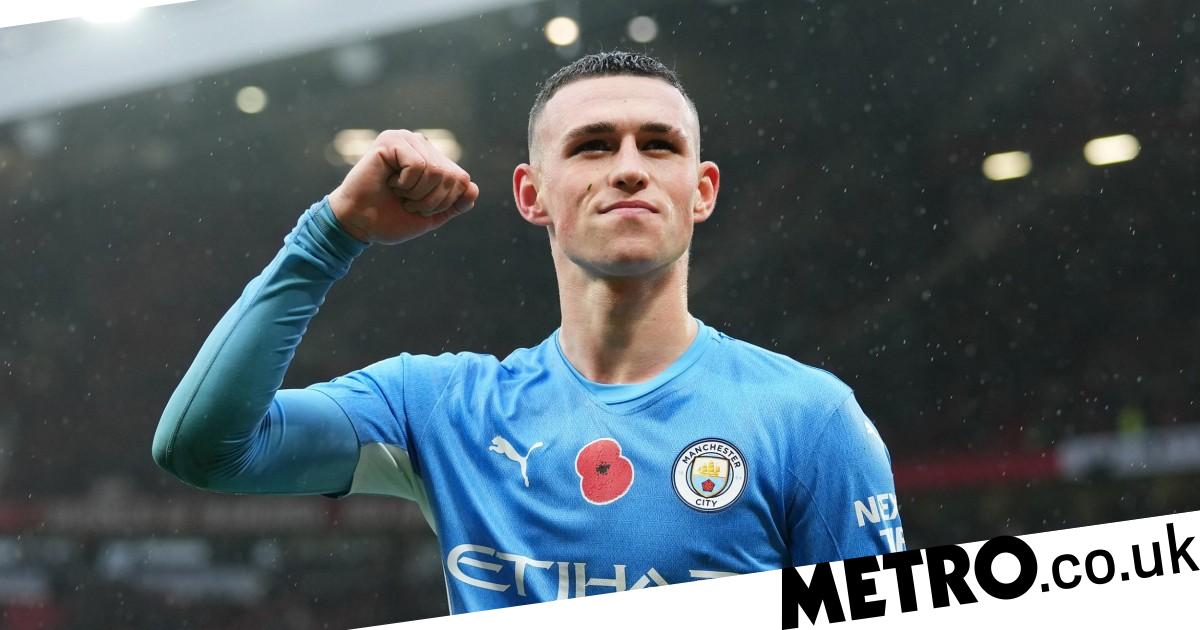 Pep Guardiola has revealed that Phil Foden and Jack Grealish are injury doubts for Manchester City’s clash with Everton on Sunday.

Grealish was forced to pull out of England’s squad ahead of their final World Cup qualifier against San Marino earlier this week after picking up an injury in the win over Albania.

Foden, meanwhile, featured in both of England’s matches against Albania and San Marino but has returned to City with a knock.

‘Jack is getting better after he went to the national team,’ Guardiola said on Friday.

‘Phil Foden came back with a knock and a problem in his leg, but he is getting better.’

Asked if Grealish or Foden will be avaialble for City’s clash with Everton, Guardiola replied: ‘Jack, I don’t think [will be available]. Phil, we will see.’

Guardiola also says he is unhappy with the amount of injuries City have faced following the international breaks and believes the busy winter schedule is a chance for his side to put together a solid run of results.

‘I am concerned because we are unlucky, we always have problems when players come back from international break,’ said Guardiola.

‘This is not an exception. All the time we give them fit but they can come back not fit. It can happen.

‘We have finished the first quarter of the season and have many games ahead of us.

‘In general we made good performances, but we dropped points at home when we were not at our normal level.

‘Now, until January, there is no international break and hopefully we can get a point and qualify for the Champions League and fight for the title at the end of the season.

‘I would not say the previous seasons when we were champions or close to the top, the race was as difficult as it is now.’