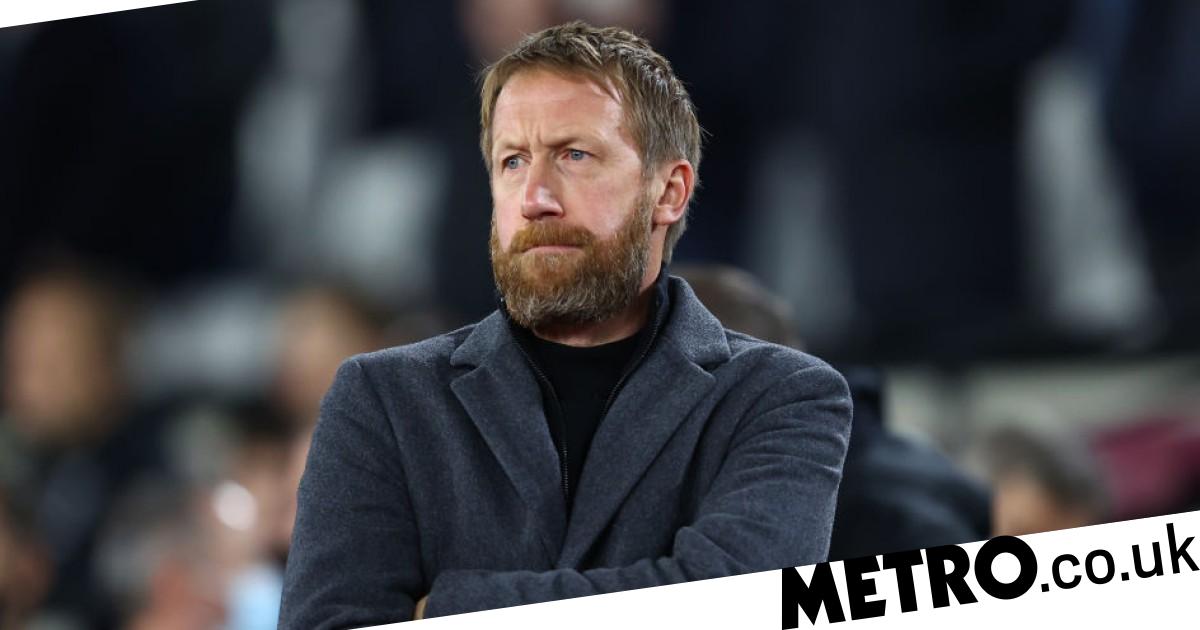 Brighton manager Graham Potter has confirmed that ‘three or four’ of his players have tested for Covid, but does not expect the Premier League clash with Wolves on Wednesday to be postponed.

The Seagulls saw their game with Tottenham at the weekend postponed due to a number of positive cases in the Spurs squad.

They are now dealing with their own outbreak, along with a string of injuries to the likes of Lewis Dunk, Danny Welbeck, Adam Webster and Steven Alzate and a suspension for Shane Duffy after five yellow cards.

‘We’ve got a combination of injuries and a bit of Covid ourselves,’ said Potter.

‘We’ve got three or four [positive results], I would say, at the moment. And obviously that’s something we have to deal with, like everybody else.

‘Now we’re just checking and making sure it’s at that number.’

While Saturday’s game against Spurs was postponed, Potter says there have been no discussions over moving the Wolves game at the Amex on Wednesday.

‘No, we’ve not spoken about that at all,’ he said. ‘Everybody’s in the same position, trying to monitor it to make sure you’re not playing games with guys with Covid.’

There have also been Covid outbreaks at Aston Villa and Manchester United, with the Red Devils closing their Carrington training base on Monday for at least 24 hours.

Discussions are underway over whether it is safe for United to travel to play their Premier League game at Brentford on Tuesday night.

A club statement read: ‘Manchester United can confirm that following PCR test confirmation of yesterday’s positive LFT Covid-19 cases among the first-team staff and players, the decision has been taken to close down first team operations at the Carrington Training Complex for 24 hours, to minimise risk of any further infection.

‘Individuals who tested positive are isolating per Premier League protocols.

‘Given cancellation of training and disruption to the squad, and with the health of players and staff the priority, the club is in discussion with the Premier League whether it is safe for Tuesday’s fixture against Brentford to continue, both from a Covid infection and player preparation perspective.

‘Team and staff travel to London will be deferred pending the result of that discussion.’