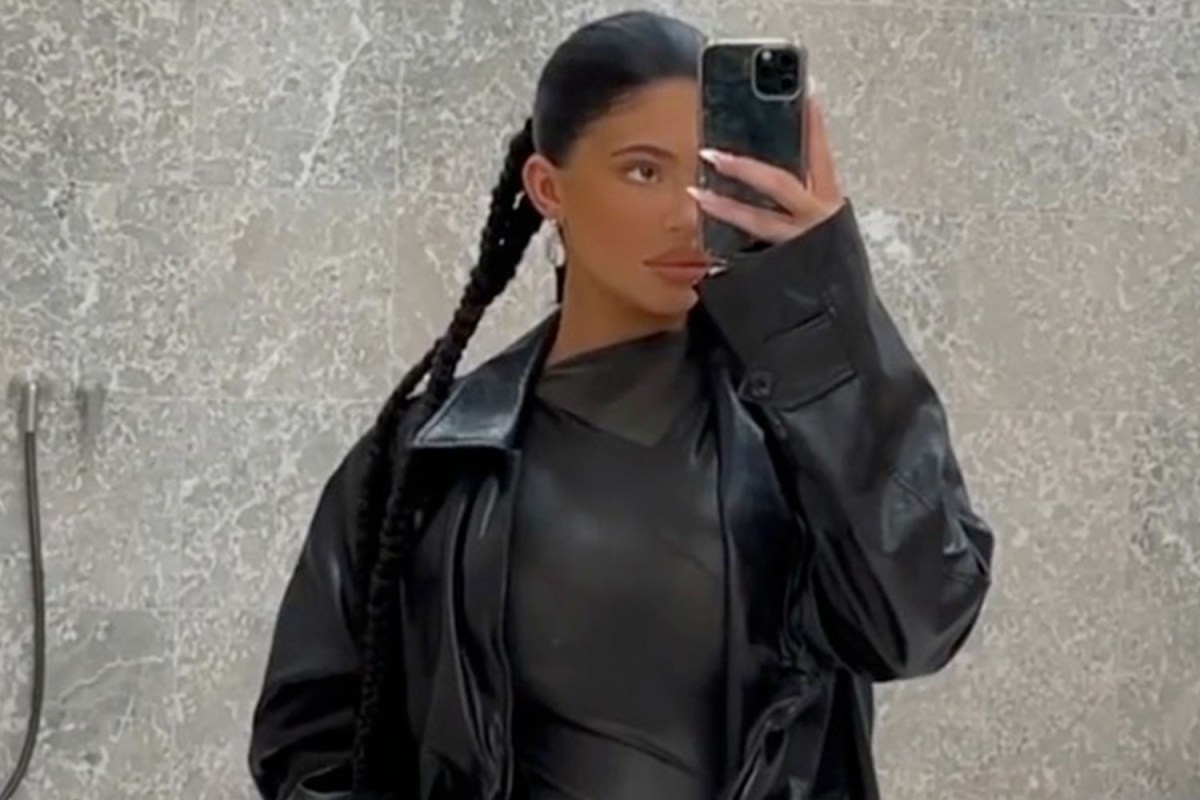 KYLIE Jenner showed off her baby bump in a leather dress for a “date night” with Travis Scott amid rumors they’re engaged.

The KUWTK star, 24, sparked speculation earlier this week when she flashed a ring on her wedding finger while showing off the matching rings Travis got for her and their daughter Stormi, 3.

And amid the rumors, Kylie enjoyed a romantic dinner with her rapper baby daddy on Wednesday evening.

The mother-of-one – who is pregnant with their second child – wowed in a khaki dress teamed with an oversized leather trench coat.

She shared a glimpse of their table, which was decorated with candles and a bouquet of red flowers.

The couple tucked into an Asian-inspired meal, munching on edamame beans and fried tempura vegetables with soy sauce.

Kylie captioned a post about their romantic day, “Date night,” with a rose emoji.

Despite the speculation, a source exclusively told The Sun this week that Kylie and Travis are not yet engaged.

She “wishes” Travis would propose, but the 30-year-old isn’t “ready for marriage yet” and the ring that sparked the rumors is not an engagement ring.

“He always tells her he’s not ready for marriage ‘yet’ and while it could be in their future, it’s not right now,” an insider said.

“Kylie is desperate to marry him, but he’s not willing to be tied down.

This is not the first time fans have speculated the famous couple may be tying the knot, as back in September she stepped out for dinner sporting what looked like a sparkling band on her left ring finger.

Kylie also showed off a gold band back in September in the video announcing that she’s pregnant with their second child.

The ring was clearly visible as she cradled her stomach in the clip, which shared their ultrasound scan and Travis hugging Kylie.

The makeup mogul alum previously talked about her desire to get married after reconciling with the hitmaker earlier this year.

At the KUWTK reunion show she told host Andy Cohen she was not “thinking about marriage, but, Kylie added, “I would hope to get married one day.”

Marriage speculation got even hotter when Travis was on stage at the Parsons Benefit in New York City in June and called Kylie his “wifey.”

Meanwhile, Kylie has not revealed the gender of her second baby, but KUWTK fans are convinced she has been dropping clues that she’s having a boy.

She sparked speculation when she shared sweet photos of Stormi wrapped in a blue towel in the bath.

Last month, she fueled rumors by posting a photo of a light blue car seat and writing, “Baby blues”.

Kylie has been sharing regular videos of her baby bump and proudly revealed she has “popped” in the last few weeks.

The TV personality has been candid about her pregnancy cravings, tucking into mac and cheese and cupcakes with Stormi.

Late last month, she swaddled her legs in $1,200 compression and massage wraps to cope with cramps.