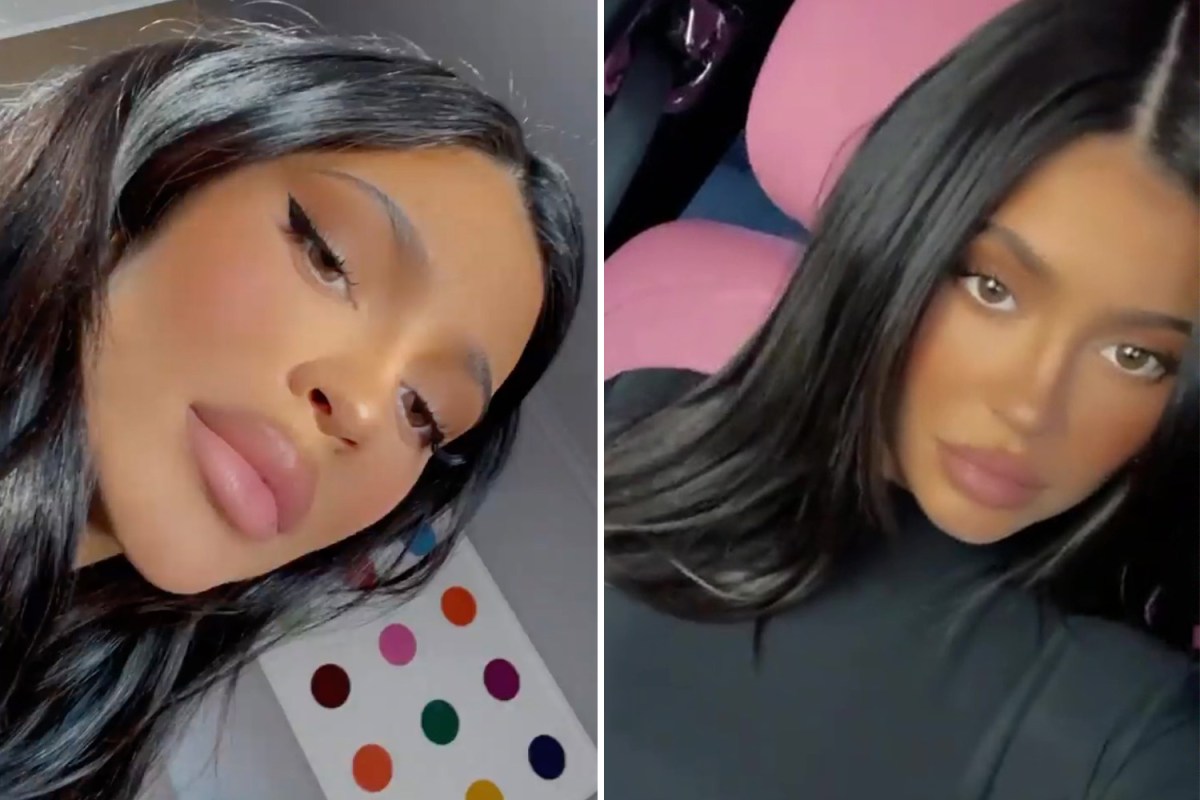 KYLIE Jenner shared another selfie looking much darker than normal despite fan backlash and claims of “blackfishing.”

The Keeping Up With the Kardashians star raised controversy last week after posting videos with her sister Kendall appearing much tanner than usual.

The reality star gave the camera a smoldering expression as the camera bounced back and forth to show off her full glam.

However, the TV personality seemed to be using a filter that transformed her skin color several shades darker.

Kylie’s post came as a surprise after fans slammed her and Kendall for “blackfishing” during a video clip last Sunday.

The siblings were on their way to Kourtney Kardashian‘s engagement party to Travis Barker.

The makeup mogul first shared a short clip of herself looking noticeably darker, then another where she cradled her baby bump.

Kendall, who wore a small white crop top, then appeared on her sister’s stories, also looking much darker than usual.

“My sister came with me to come get Starbucks,” Kylie stumbled over her words as the supermodel asked, “are you ok?”

“No, I have pregnancy brain, I can’t get it together,” the soon-to-be mom of two added in the short clip.

Kendall, 25, then played her sister healing frequencies over the car stereo to help.

However, some fans were more focused on the famous duo’s skin, as they took to Reddit to comment.

One person wrote: “Filter or black fishing?” as another responded, “I think blackfishing?!”

Another chimed in: “Ok if THIS is not blackfishing what is??” while one said, “this is literal blackface.”

One fan defended the stars and wrote, “she’s just tanned.”

Although she looked much tanner in her new selfie, Kylie ditched the darker look last week while filming a new makeup video for fans.

On Wednesday, Kylie went filter-free as she applied products to her face from her cosmetics line.

The reality star, who shares her three-year-old daughter Stormi with Travis Scott, filmed herself putting on lipliner and pink lipstick.

She appeared to be preparing for a photoshoot and had her dark glossy hair pinned back in waves.

Kylie has been accused of blackfishing in the past as well, and back in March she was called out after sharing a short clip of her face, but some said she had “completely changed skin color.”

The young mom has not yet commented on any of the fan accusations.

Last month the California native revealed that she’s pregnant with her second child with her boyfriend Travis, 30.

Kylie has been showing off her baby bump recently after confirming she will soon be a mom of two.

On Friday the Kylie Cosmetics founder shared a sultry snap of her shadow’s silhouette as she showed off her baby bump’s growth.

The E! star ran a hand through her hair and faced the camera side-on to best show off her baby bump in the arty shot.

Kylie simply captioned it, “Growing,” with a white heart emoji.