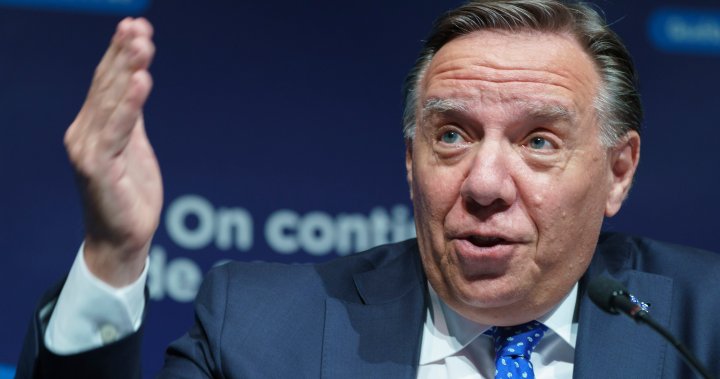 Premier François Legault says that while the province plans to lift the pandemic state of emergency after younger children have been vaccinated, some health measures may stick around longer.

Legault told reporters in Quebec City Wednesday the state of emergency has given the province flexibility to introduce measures such as masking rules and a website to recruit health-care help. He said the province would look at measures one-by-one and introduce a bill to maintain those that are needed.

“We have to see what we have the right to do and then what we need to do once the children between the ages of five and 11 are going to be vaccinated,” Legault said.

“We think that, for the most part, we will be able to remove most of the measures, but it is possible that some should be kept.”

Legault had been vague about when the health emergency might end, but said Tuesday it could come in early 2022, depending on how quickly vaccination begins for younger children.

The state of emergency grants the government broad powers that include issuing non-tendered contracts, closing places of assembly, limiting travel and other measures deemed necessary to protect the population.

Liberal Leader Dominique Anglade said the state of emergency is not needed if vaccination of younger children is the only remaining hurdle.

“There is no visibility, he can do basically whatever he wants without having to justify himself,” Anglade said of the exceptional powers Legault has under a state of emergency. “That’s what’s going on right now, and I don’t think it’s necessary to maintain it that way.” On Twitter, she described the premier as “authoritarian.”

Health Minister Christian Dubé said the end of the health emergency does not mean the end of restrictions. “With public health, we will continue to communicate our measures. It’s very encouraging, a sign that the crisis, the worst of the crisis is behind us,” he said.

The Health Department reported 287 people hospitalized with the virus, 10 fewer than the day before, and 72 of those patients are in intensive care, a decline of three.

According to the province’s public health institute, 90.2 per cent of those aged 12 and older have received at least one dose of vaccine, with 87.2 per cent considered adequately vaccinated against COVID-19.

The province has reported more than 420,000 infections and 11,455 deaths since the beginning of the pandemic.