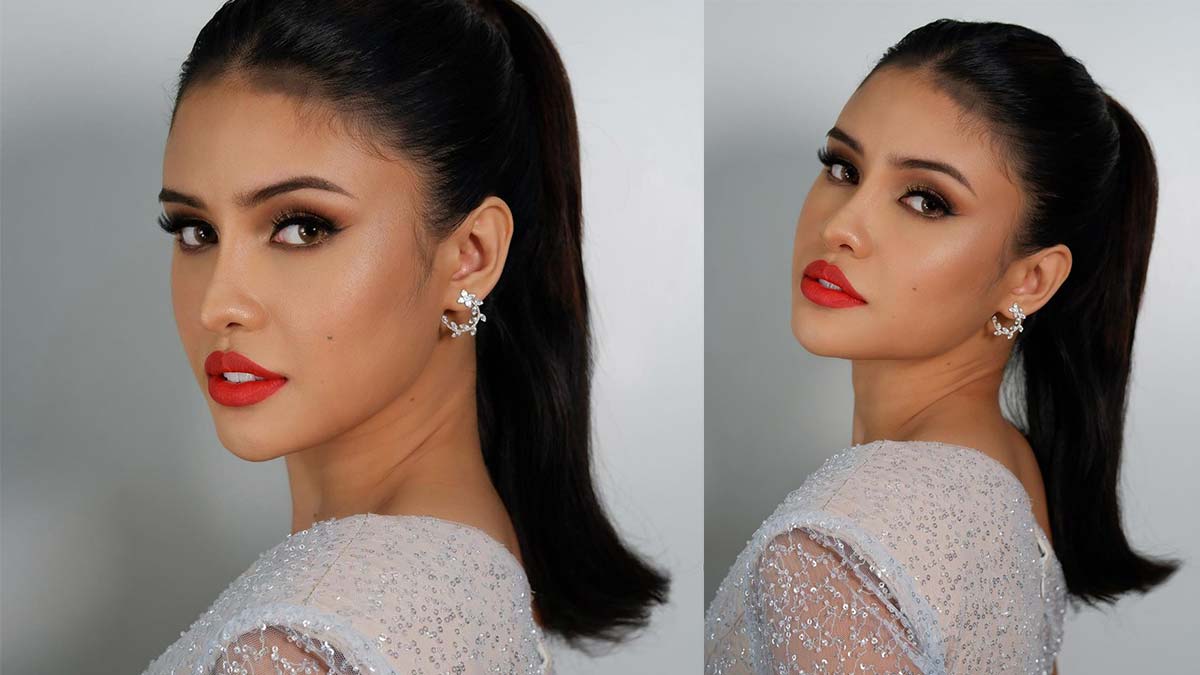 The 25-year-old Ilongga beauty queen said it was probably because she was not one to fuss with her face until it became a problem.

She told PEP.ph (Philippine Entertainment Portal), “I used to not care about my skin at all.

“I had acne for two years and, to be honest, it was the worst type of feeling na kapag maghihilamos ka, makikita mo yung bumps mo sa sarili mo…

“And people would have this notion na, ‘Ay, hindi ka kasi naghihilamos, you don’t clean yourself well.’

To clear her skin, Rabiya took medication for a year, mentioning the Isotretinoin capsule, which she said was “the last resort, the last option once you have acne.”

Dermatologists often recommend Isotretinoin as it addresses as well the side effects of severe acne such as dry skin, chapped lips, vision issues, and joint pain.

“And good thing ngayon, parang pa-unti-unti na lang. My skin is not perfect.”

Since her bout with severe acne, Rabiya has been investing in skin-care products especially, especially now that she is an actress as well.

She added for emphasis, “It’s not that… yung mas mahal, mas maganda. Sometimes, you have to be experimental into finding products that work best for your skin.”

Rabiya said she has kept her skin-care routine simple, “It’s as simple as a mild cleanser, toner.

“After that, yung Niacinamide, which is my holy grail, siguro. It’s essential for me.

“And after that, moisturizer and, of course, sunblock. Siguro simple, less is more pa rin for me.”

Rabiya has sworn on the effects to her skin of Niacinamide or Vitamin B3, a water-soluble vitamin that helps strengthen the skin barrier and prevent acne.

“For me kasi, after using my toner, malinis na malinis yung face ko, I would apply a Niacinamide serum on top of moisturizer, yung mga heavy na na serum.

Rabiya has been using Cetaphil’s Brightness Refresh Toner and Brightening Night Comfort Cream, which are formulated with Niacinamide. They are available for PHP1,599 on Lazada.

For those looking for other options, there’s Oxecure Acne Clear Potion, which is priced at PHP319 on Lazada, and the Olay White Radiance Niacinamide + Vitamin C Super Serum which is available for PHP1,400 on Shopee.

There’s also Y.O.U The Radiance White Nourishing + Serum, which has Niacinamide and “50x Vitamin C” and is priced at around PHP800 on both Lazada and Shopee.