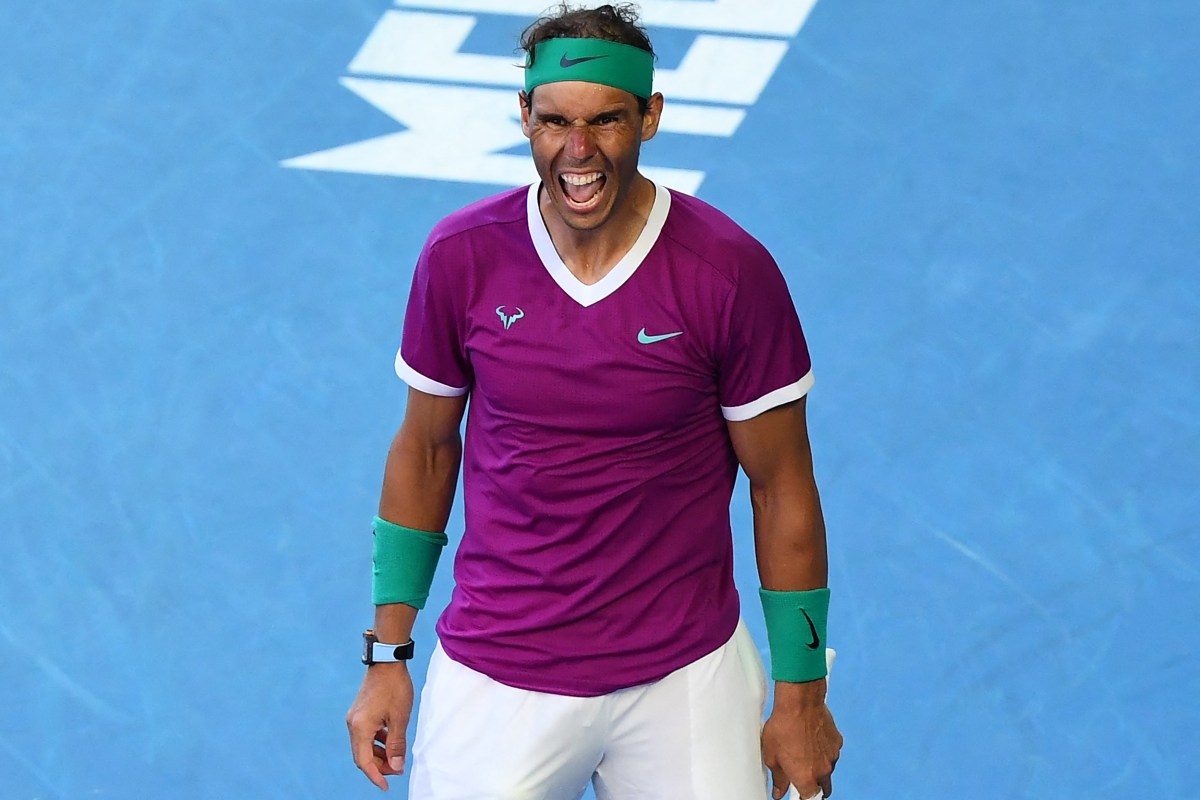 Rafael Nadal is aiming to become the first male player to win 21 Grand Slams when he takes on Daniil Medvedev in the Australian Open final this weekend.

The Spaniard, who is currently level on slams with Roger Federer and Novak Djokovic, outplayed Matteo Berrettini 6-3, 6-2, 3-6, 6-3 on Friday to reach the final.

Nadal, 35, has recovered from a six-month layoff due to a chronic foot injury to now take part in his sixth Australian Open final.

The clash between Nadal and Medvedev is set to take place on Sunday 30 January.

The match at the Rod Laver Arena will take place from around 8:30am in the UK.

The pair have faced each other four times previously, with Nadal winning three although Medvedev was the victor in their last meeting in 2020.

Subscribers can stream Eurosport’s coverage online via their website and their app, while Sky customers subscribed to the Eurosport channels can also watch the final on the Sky Go app.

If Eurosport’s content is unavailable to you, fans can additionally stream the action live on Discovery+ with a monthly sports pass.

Australian Open men’s final: What has been said?

Nadal claimed his focus was only on this tournament after being quizzed about the possibility of winning a men’s record 21st title.

He said: “For me it’s all about the Australian Open more than anything else.

“It just an amazing event that as I said a couple of days ago now, I have been a little bit unlucky in my career with some injuries.”

Meanwhile, Medvedev said: “I’m going to play once again against one of the greatest.

“What’s funny is that again I’m going to play someone going for the 21st Slam. I think Novak will be watching this one in two days also.

“Grand slam finals are always special and I played Rafa in my first at the US Open and we played five hours. We’ve played a few matches since then but I am ready to show my best.”